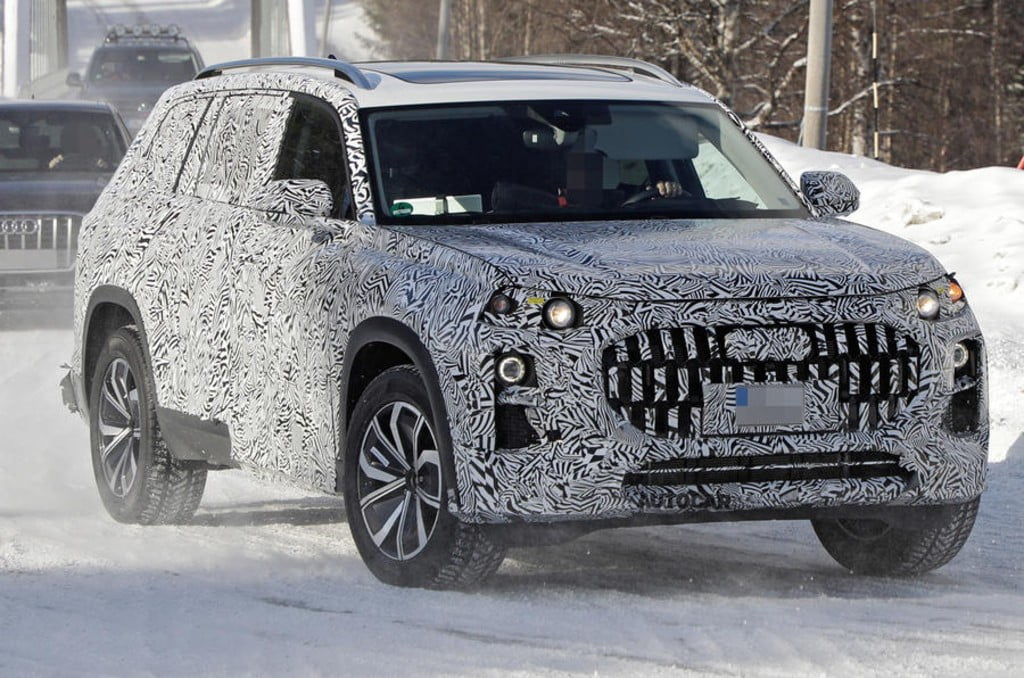 Audi AG is looking to up its SUV game by bringing in a new flagship offering. The upcoming SUV will be positioned above the Q8, which itself is massive on all accounts but still remains a five-seater. The upcoming offering will be a full-sized, three-row model taking on the BMW X7 and the Mercedes-Benz GLS. And no prizes for guessing, it will be called the Audi Q9 upon launch. The new luxury SUV is set to arrive in 2022 and ahead of the global debut, the model was recently spotted testing somewhere in Europe.

The Audi Q9 will be more of a conventional SUV in size and proportions than the Q8 that gets a coupe design language. The luxo-barge SUV will also be targeted towards the eastern luxury market that sees a high demand for such products over the west. Reports suggest that Audi could debut the model at the Shanghai motor show as early as next month.

The design language remains hidden under the camouflage but the massive proportions aren’t lost out. The grille is humongous and it won’t be surprising to see one when the model makes its debut. The wheelbase stretches by quite the margin that promises ample of room inside. Keeping up with the existing flagship Audis, expect to see the dual-screen set-up with touch sensitive controls in the cabin, albeit in an evolutionary fashion. It will also get seven seats as standard with a massive rear quarter-glass, making for a roomy third row. The tailgate also stands upright adding to the heft of the overall design. 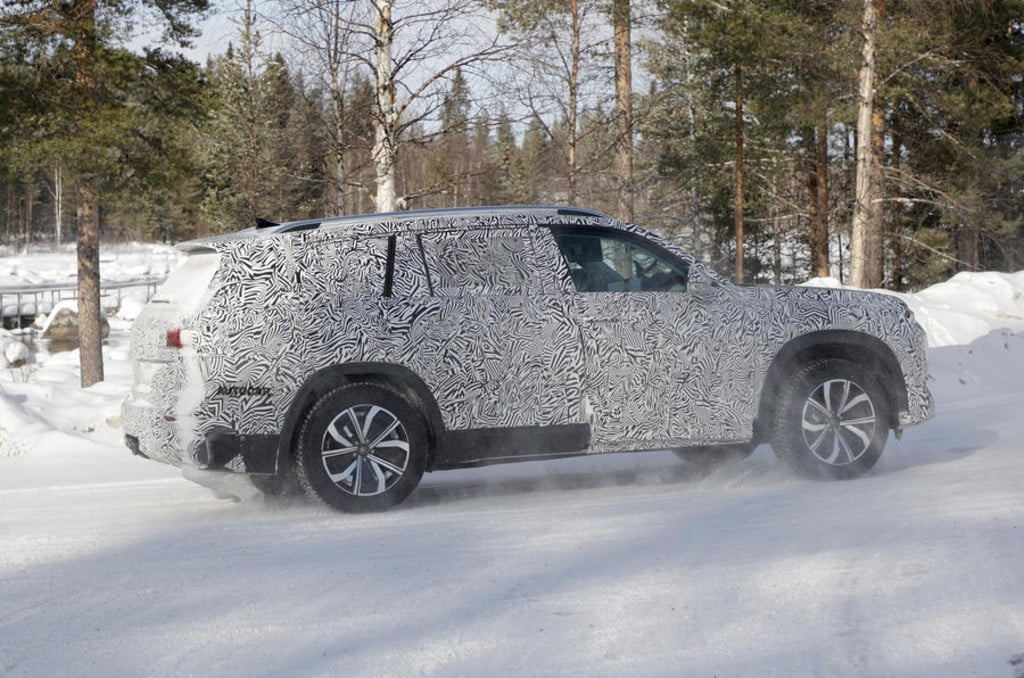 The uber-luxury SUV segment is quite popular and has offerings like the Range Rover and Mercedes-Maybach, but positioned below the top-tier Rolls-Royce Cullinan and the Bentley Bentayga. Expect to see an S and an RS version joining the portfolio at a later stage with turbocharged petrol and hybrid engines under the hood. Meanwhile, familiar engines like the 2.0-litre petrol, 3.0-litre TFSI V6 and even a V8 will make it on the standard versions. A plug-in hybrid version will also be a part of the pack, if not a full-blown electric.

Expect more details on the Audi Q9 to be released next month or in the second half of the year. It will also be a model that will find a lot of acceptance in India and could make it here sometime in 2022. Going with the Volkswagen petrol-only strategy, expect to see only the petrol models coming to India with the possibility of the hybrid too.