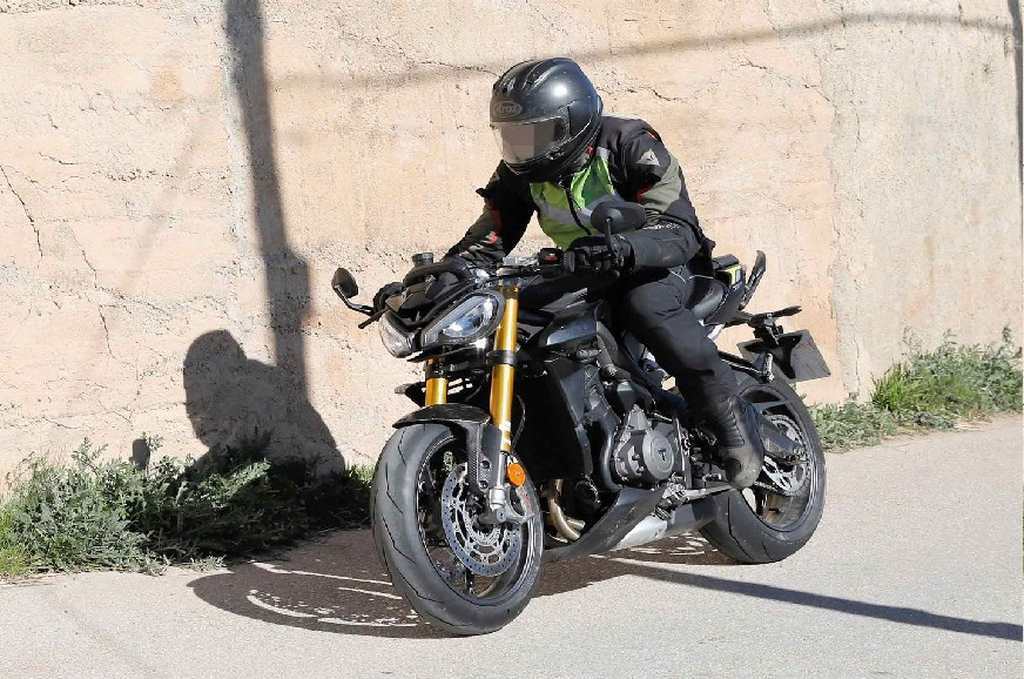 The top-spec version of the Triumph Street Triple has been recently spotted testing in Spain. Currently, RS is the top model in the Street Triple range and it has got minor updates in the year 2020. The newly spied 2023 Triumph Street Triple RS version has certainly taken the things a rung above by offering higher specification hardware and aggressive riding position on the bike.

The prototype on the testing featured Ohlins front fork which replaces the Showa unit on the outgoing model. At the rear, Ohlins shock absorber has been carried over from the current model. The braking power has also got the boost with the company deploying the Brembo Stylema calipers replacing the Brembo M50s available on the outgoing version.

Another big difference is that the upcoming 2023 Triumph Street Triple RS model will come equipped with raised clip-on, a feature that has never been available on the previous generation roadsters. This will equip the bike with a more aggressive riding posture and help it to display its intent more firmly and strongly. The bike has also got revised bodywork and its important bits including the radiator, body panels, and belly pan have gone under the knife for a more chiseled look.

The newly spotted 2023 Triumph Street Triple RS model comes fitted with the same exhaust and engine. Further, the complete absence of electronic sensors on the prototype indicates that there hasn’t been any change in the sensors of the bike. In other words, expect the new bike to feature the current generation 756 cc, 3-cylinder engine which puts out 121hp along with 79Nm of rotational force. Triumph is also expected to add some more shades to the overall color scheme of the bike.

It is yet to be made certain at what level this bike will fit into the Street Triple Range. It might replace the current generation RS bike although there is also a possibility that the bike will sit above RS.

Upcoming Audi Q6 Leaked In Images Ahead Of Debut In China