Upcoming Audi Q6 Leaked In Images Ahead Of Debut In China 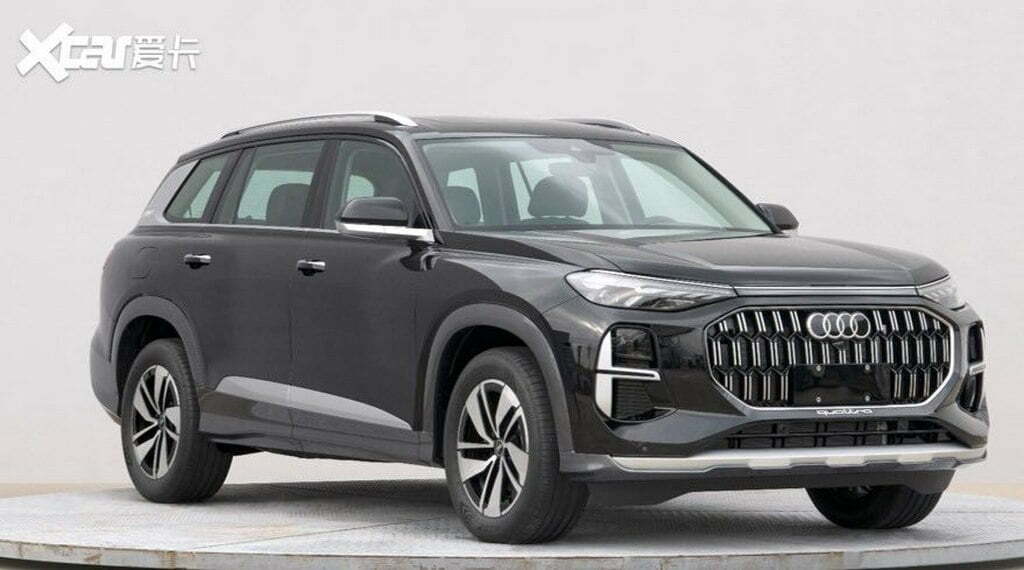 Audi is going all electric soon and that means that company will have a fresh array of new models coming in, a lot off which will be electric. The company is gearing up to introduce EVs in markets like China that have a higher demand for electrics but that doesn’t mean it will stop making ICE vehicles. In fact, one such offering that the company plans to bring soon is the upcoming Q6 SUV. The Audi Q6 will make its global debut soon but ahead of the same, images of the offering have been leaked online.

The new Audi Q6 luxury SUV will be introduced in China first and will be offered as a six or seven-seater model. The model is likely to be about the size of the Q7 but gets a different look. It sports a new twin-slat grille design, wraparound headlamps and an aggressive looking bumper. The alloy wheels appe as basic and it could be possibly because this being a lower variant. It could also be done in the interest of range. The profile is identical to the Q7 but the D-pillar is more upright making this model appear different. At the rear, the model gets a wide taillight set-up that extends to either corner. The cabin has not been revealed but we do expect to see a lot of the elements being borrowed from the Q7. Given this is a Chinese-specific car, expect more emphasis on rear seat legroom and comfort at large.

The upcoming Audi Q6 will be based on the MEB Evo platform, which makes it wider than the Q7. Power will come from the 2.0-litre turbocharged petrol engine and it will be offered in two states of tune. More details on the new Q6 should be available in a few days from now.