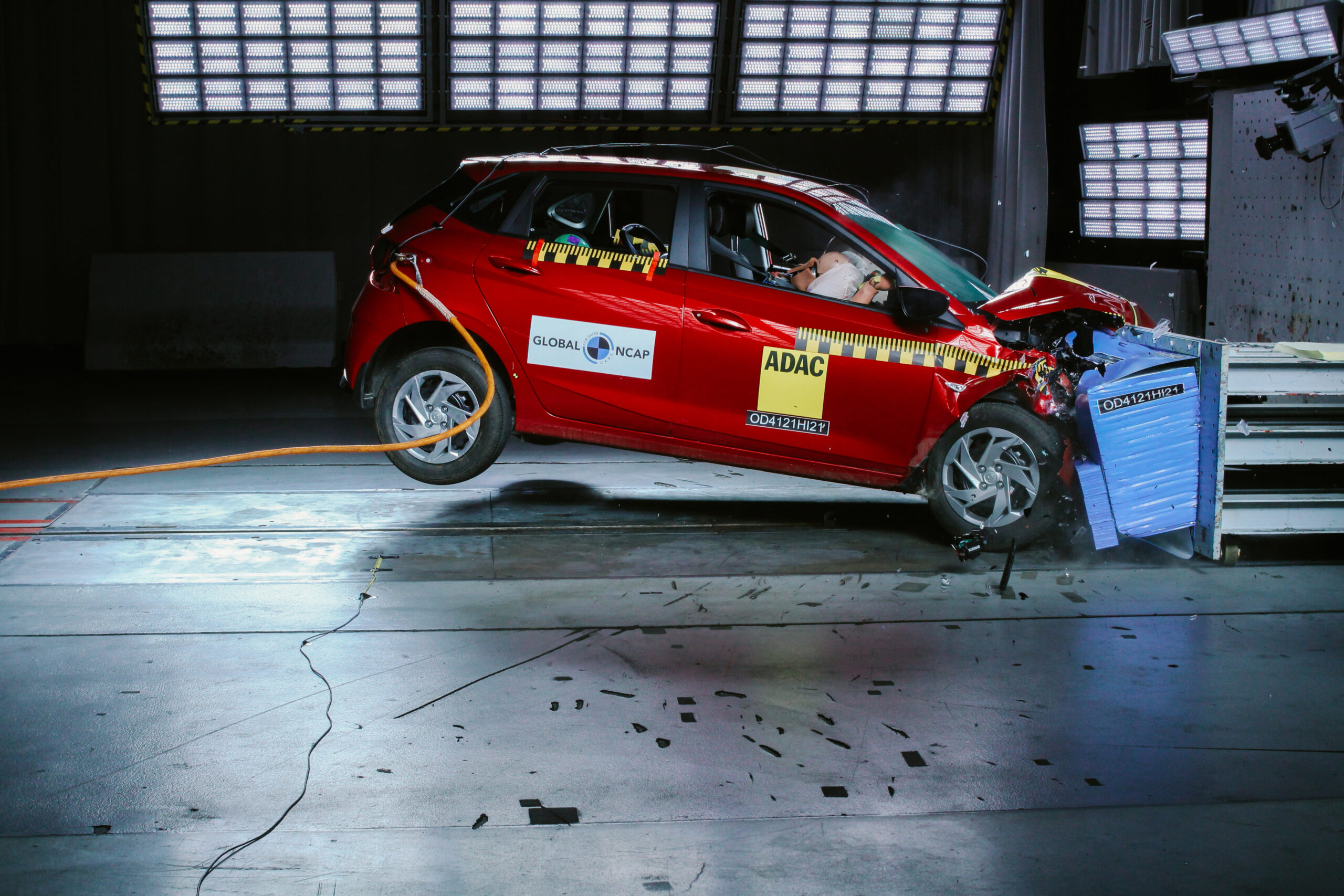 Global NCAP launches the second round of 2022 #SaferCarsForIndia crash tests results today with Hyundai i20 scoring three stars for adult and child occupant protection. The i20 was tested in its most basic safety spec fitted with 2 frontal airbags and ABS. During the assessment it showed an unstable structure, a risk of the driver airbag not fully protecting the driver’s head and weak protection to the driver’s chest. Despite using the ISOFIX anchorages to install both Child Restraint Systems (CRS) the 3 year old dummy showed high deceleration in the head during the crash. It surprised Global NCAP that this model is still being sold with a lap belt (all seating positions should have 3 point belts) in the rear centre seat, no ESC and no side head impact protection as standard in comparison to the same model in Europe that offers Autonomous Emergency Braking (AEB) as standard equipment. 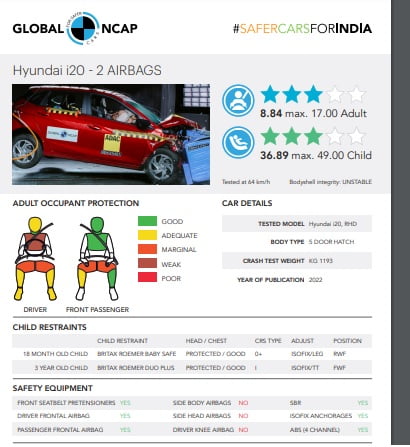 The child seat for the 3 year old was installed FWF using the ISOFIX anchorages and TT. Even though it could prevent excessive forward movement of
the head its deceleration showed poor protection to the neck and good protection to the chest. The 1.5 year old was installed RWF with the ISOFIX
anchorages and support leg while offering good protection to head and chest. CRS marking was permanent. The recommended CRSs did not show
incompatibility. The vehicle offers lapbelt in the rear centre position. The car has ISOFIX anchorages as standard. All of the above explains the three
stars for child occupant protection.

3 Stars For Hyundai Creta From Global NCAP For Base Variant