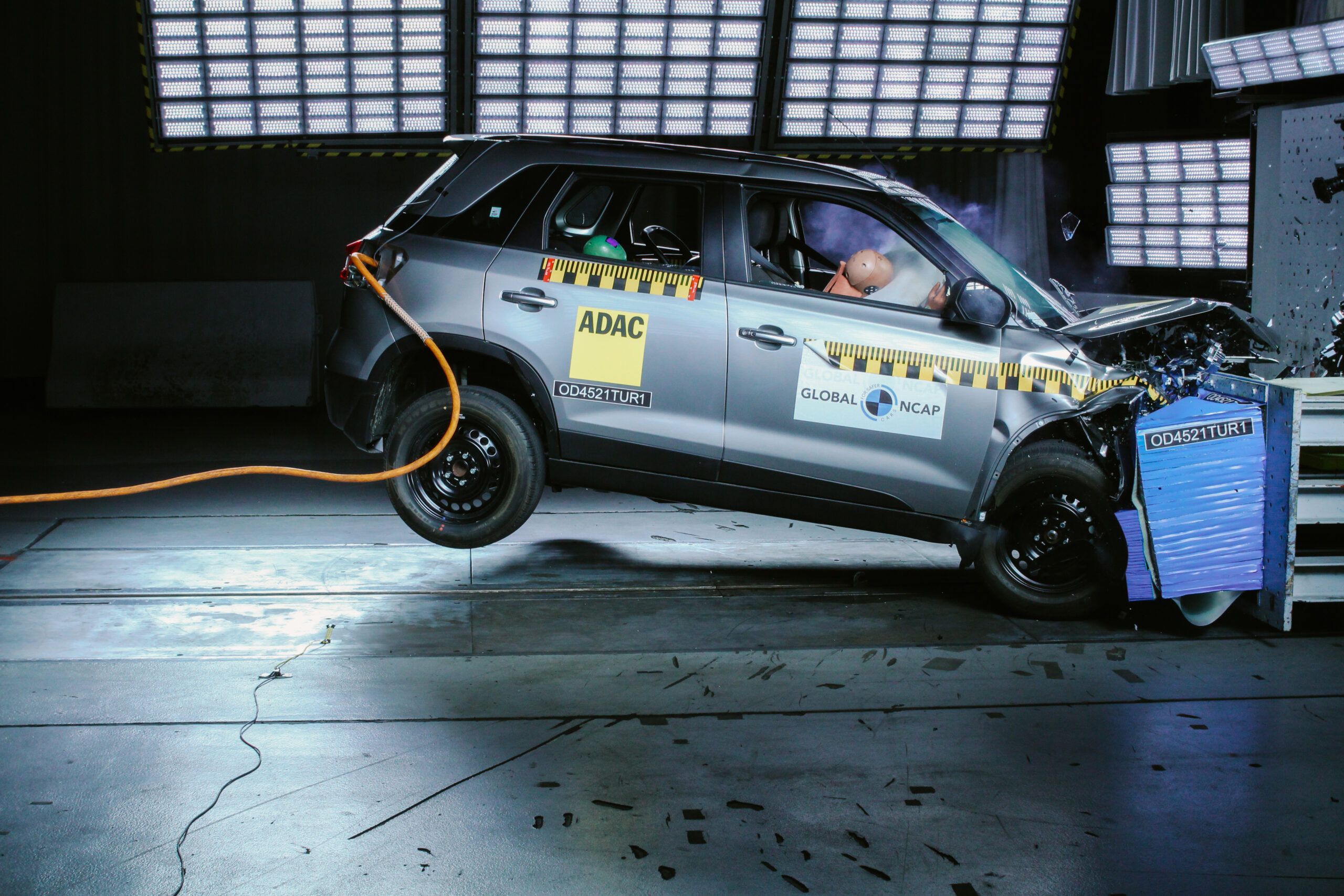 Toyota’s Urban Cruiser was tested in its most basic safety spec fitted with 2 frontal airbags and ABS. During the assessment it showed a stable structure, and adequate to good protection of critical body regions of the adults. The CRS installed using the ISOFIX anchorages showed good protection of both child occupants. The lack of 3 point belts in all seating positions and the high neck biomechanical values in the frontal crash explain the three stars for child occupant protection. 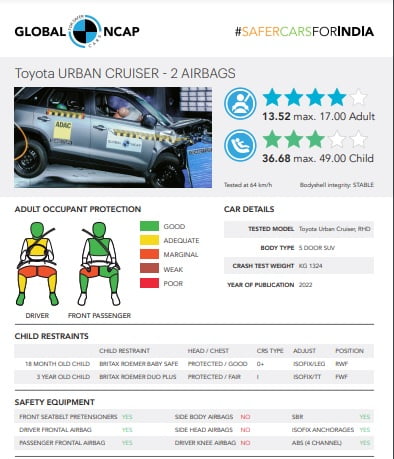 MG Hector Being Delivered With Fewer Features Due To Parts Shortage