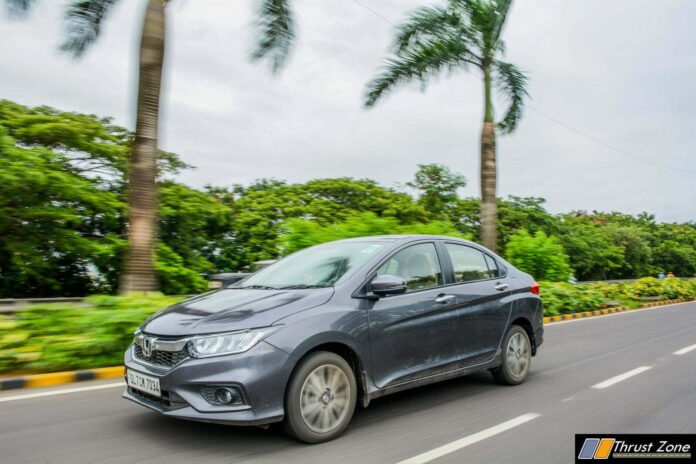 The new-generation Honda City arrived in India in July this year and is a complete overhaul on design, tech and features over the predecessor. However, it is also more expensive than the older model. Now, in a bid to offer a wider choice and more accessibility to customers, Honda Cars India decided to continue selling the fourth-generation model alongside the new fifth-generation version. To provide more differentiation though, the company has now discontinued the top variants of the older City and the sedan will be offered in only the SV and V variants. The 4th generation Honda City SV is priced at Rs. 9.30 lakh, while the City V trim is priced at Rs. 10 lakh (ex-showroom, Delhi). In the process, both variants get a price cut of Rs. 61,000 and Rs. 66,000 respectively.

Despite being two generations apart, prices for the fourth-generation and the fifth-generation Honda City were nearly identical. However, with the price correction, the old City SV commands a healthy Rs. 1.59 lakh less than the new-generation entry-level V variant that is priced at Rs. 10.89 lakh. Meanwhile, the old City V variant is priced Rs. 2.25 lakh cheaper than the new-gen’s VX trim. The difference between the old and the new V trims stands at Rs. 90,000. 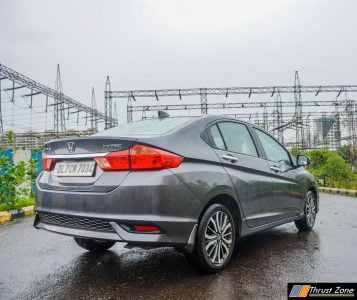 Thankfully, the price cut does not mean a revision on the features list. The fourth-generation Honda City SV and V variants come with the same level of equipment including dual airbags, ABS with EBD, rear parking sensors, remote control and a rear defogger. The feature list also includes LED daytime running lights, height-adjustable driver’s seat, rear AC vents, Bluetooth connectivity, 15-inch alloy wheels and more.
The V variant also adds a reverse camera, front fog lights and a touchscreen infotainment system with Apple CarPlay and Android Auto. In comparison, the new Honda City is also loaded right from the base variant ensuring all the essential features make it on the sedan for the price.

4th Generation Honda City is offered with only the 1.5-litre i-VTEC petrol engine that develops 119PS and 145Nm of peak torque. The motor is offered with a 5-speed manual only The CVT automatic and the diesel variants have been discontinued. The 4th Generation Honda City is particularly a likeable model and hasn’t aged either to pass off as old. With the limited variants, Honda will be looking to entice fleet buyers and even existing Amaze/Brio customers wanting to upgrade to bigger Honda without spending a fortune. The sub Rs. 10 lakh pricing does look enticing, and the model will compete more aggressively against the Skoda Rapid, Volkswagen Vento, Maruti Suzuki Ciaz and the likes.