70 Years Of Audi In Ingolstadt – Host Exhibitions To Share History 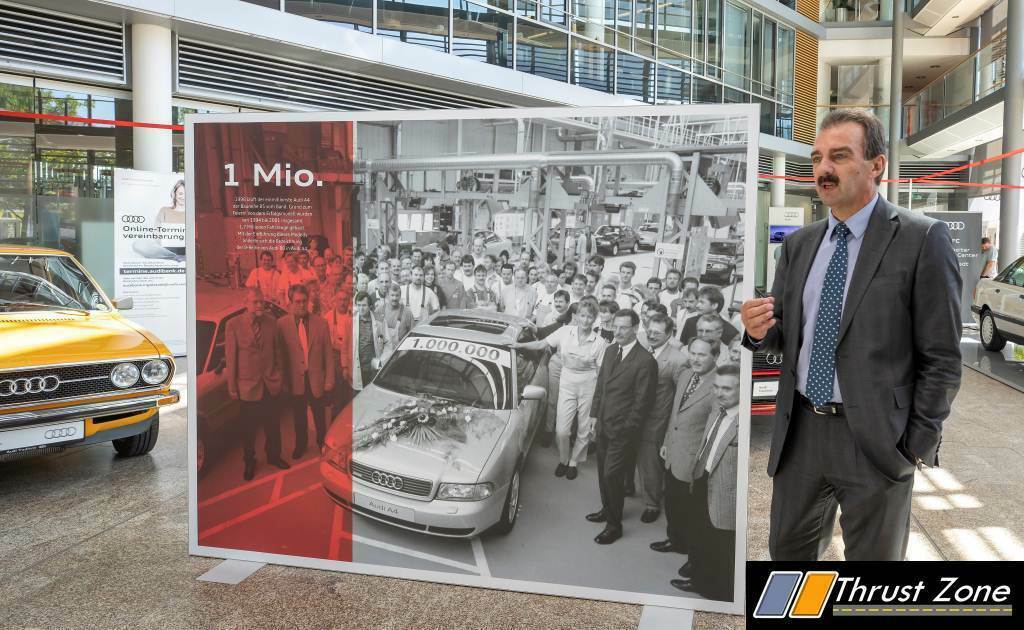 Audi has been building cars at the Ingolstadt site for 70 years. The heart of the Group beats in this Bavarian city on the Danube: Ingolstadt is where AUDI AG has its headquarters and operates its largest production site worldwide. To mark the 70th anniversary of the company in Ingolstadt, Audi is presenting insights into the history of the four rings. Three special exhibitions entitled “Audi in Ingolstadt: Yesterday – Today – Tomorrow” were opened simultaneously today in the Audi Forum by Albert Mayer, plant manager at the Ingolstadt site, and Thomas Frank, Managing Director of Auto Union GmbH. The highlight is the extraordinary temporary exhibition “W49” in the Audi museum mobile, which lasts until the end of February 2020. Two additional exhibitions are open to Audi employees and all interested members of the public until September 21, 2019.

September 3, 1949, marks an important date in the history of AUDI AG. The founding of Auto Union GmbH in Ingolstadt on this day launched a new chapter in the history of the automobile manufacturer, which had previously been based in Germany’s federal state of Saxony. Four years after the end of the war, the company commenced production in old buildings of the former Ingolstadt fortress. This was the start of a success story for both the car manufacturer and Ingolstadt.

With the “W49” exhibit, Audi takes a very special look back on the connection between the company and the city. “49” stands for the year it all began. The “W” originally meant “West” and distinguished the first motorcycle built in Ingolstadt from those built in the “East.” In the description of the exhibition organizers, however, the “W” symbolizes more – including the many chapters of the mutual relationship between both partners over the years, described with German words that begin with the letter: “Weggang” (departure), “Wiederaufbau” (reconstruction), “Wagemut” (adventurousness), “Wachstum” (growth), “Wirtschaftskraft” (economic strength) and “Wandel der Zeit” (change over time). The small company named Auto Union GmbH has since evolved into a premium manufacturer of automobiles with worldwide operations, and the small provincial town has developed into a dynamic and economically strong city – Audi and Ingolstadt.

The new temporary exhibition shows the company’s first ten years in Ingolstadt from 1949 to 1959 – and quite deliberately in a double sense: The images allow the visitor to change perspective, offering a view through “Audi glasses” as well as from the viewpoint of the city. Audi is exhibiting the first products of the newly founded Auto Union GmbH, including the DKW Schnelllaster and the DKW RT 125 W motorcycle, as well as other important models from the early automotive production. The exhibition also examines the underlying conditions in the company’s new home, from the political restart with a young democracy and the refugees of the day to daily life and the reconstruction in Ingolstadt.

The plant in the north of Ingolstadt has been the heart of the Audi Group for more than 60 years now. Today a team of about 44,000 people work to maintain the company’s “Vorsprung durch Technik.” The brand with the four rings moved into its new production facilities in the summer of 1959. The exhibition in the building Market and Customer A51 focuses on the milestones and highlights of the Ingolstadt site from the end of the 1950s to today. The plant is not the only thing that has evolved. For example, a series of pictures also shows how the Audi logo has changed over time.

It still consisted of the so-called “Audi oval” in 1978. The four rings didn’t take its place until 1985. They symbolize the brands Audi, DKW, Horch and Wanderer. The journey through time includes important models like the DKW Junior de Luxe, the rebirth of Audi in 1965, and the absolute bestsellers for the site – the Audi 80 and Audi A4. The legendary quattro drive is also given its due in this special exhibition. One commercial from the past sparked a furor at the time: In 1986, rally driver Harald Demuth drove an Audi 100 CS quattro up the Pitkävuori ski jump in Finland. A series of photos shows this historical highlight and remakes of the commercial in 2005 and 2019.

Audi is positioning itself for the future. In a pavilion in the Audi Piazza, the company is presenting a preview of future investments in the Ingolstadt location. Among other things, the new “Ingolstadt Audi” train stop and the IN-Campus are being presented. The train stop, which will be Ingolstadt’s third train station, is due to open in December 2019. The new central platform will feature a barrier-free connection to both the Audi plant and the public transport network. The IN-Campus is being built in the east of the city of Ingolstadt. IN-Campus GmbH, a joint venture of AUDI AG and the city of Ingolstadt, is refurbishing the site of a former oil refinery for the project and converting it into a technology park – transforming it from a refinery site to a cutting-edge technology center.