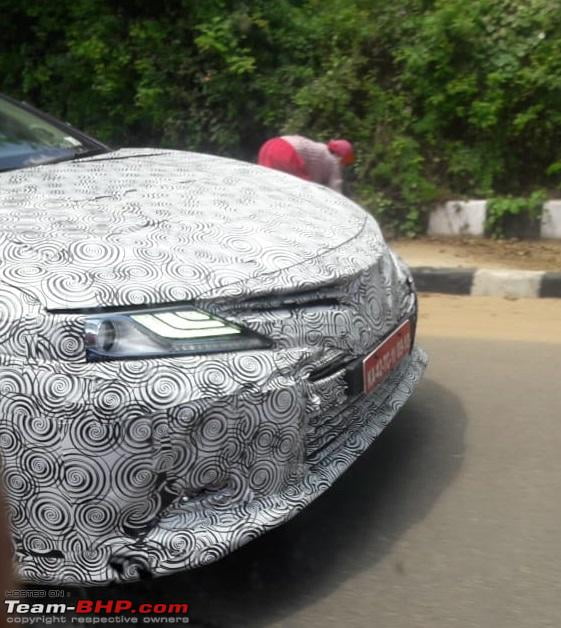 8th-Generation All-New Toyota Camry Spied in India. The Toyota Camry will only come as a hybrid variant, could be priced in the range of Rs 30-40 lakh

Another set of spy images of upcoming 8thgeneration Toyota Camry sedan has surfaced online. The car is due for India launch towards the end of this year or early next year. Globally, the 8thgeneration Toyota Camry is only available in one version. However, there are two styling patterns one can choose from – subdued and assertive. The distinction in styling is created by the placement of the front grille and the use of the different bumpers. Although not officially announced, we expect Indian market to get the dominant version of the sedan.

Currently, Toyota offers an only hybrid version of Camry in India. Initially, Camry petrol was available though later it was taken off the shelf owing to the poor response. Like the current model, the new version will come only in the hybrid configuration. Powering the car will be a 178PS, 2.5-liter petrol engine which is mated to a 120PS electric motor, taking the total output at 211 PS. What’s even more impressive is the fuel efficiency which is rated at 33.4 km. 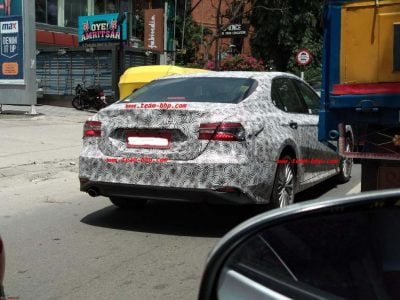 The prices will be announced at the launch though we guesstimate the new Camry to be priced in the bracket of Rs 30-40 lakh. On its arrival, the new Camry will compete against the likes of Honda Accord, Skoda Superb, and Volkswagen Passat among others. It will be interesting how the pricing gap between the newly launched Lexus ES and this new Camry will be which will allow customers for more options as we know both are very similar cars.