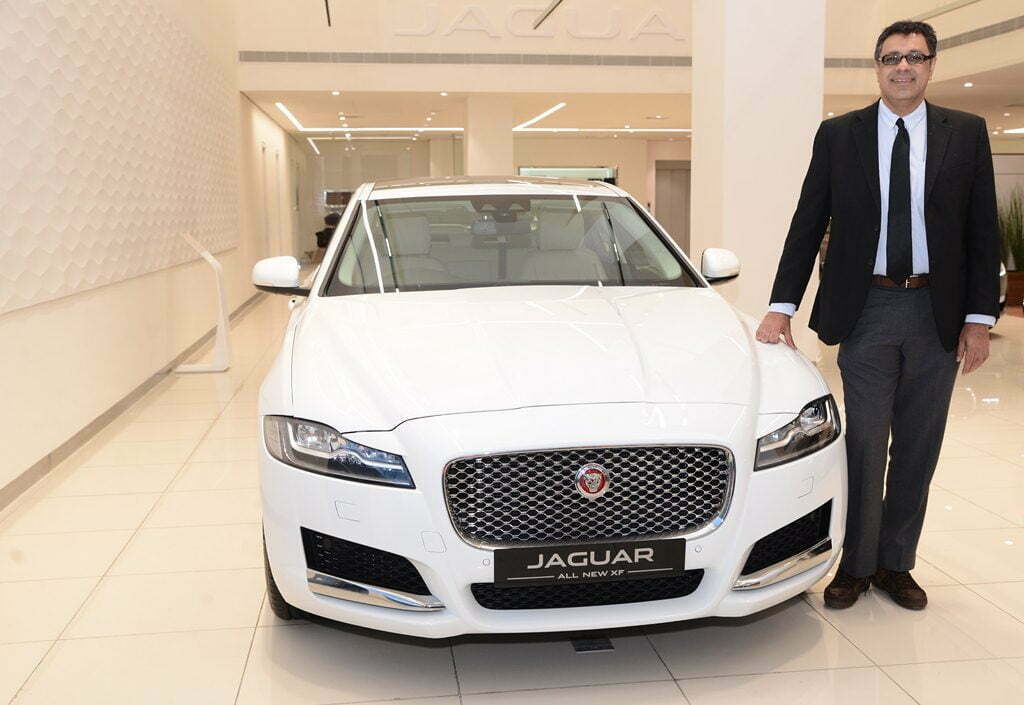 One of the few brand apart from the German Trio is Jaguar which is on a roll worldwide. It has updated its entire range of vehicles with facelifts, new models and launching sports cars, coupes and getting into electric market as well. Jaguar seems to have found a gold mine recently and has been heavily investing money in products of all types, and when we say all types, we mean it.

5.0 litre V8 engine equipped SUV to Sport cars. Jaguar announced that entry of the all new XF in India recently. After being launched worldwide couple of months back, it made its India entry. Today, Jaguar commences local production of the well made XF in the country which makes the prices slightly more competitive.

All New 2017 Jaguar XF isn’t anything like the old car despite it looks like an evolution and not an evolution in terms of design. However, it has a trick up its sleeve and it comes the introduction of the Ingenium Diesel engine. The XF becomes the first Jaguar in India to get this much awaited power-train.

Ingenium Diesel Engine is a 2.0 l 4-cylinder Turbocharged Diesel engine that delivers a power output of 180 PS. Ingenium is an all-aluminium construction engine. The Ingenium diesel engine delivers impressive fuel economy and reduces CO2 emissions. All New 2017 Jaguar XF is up to 20 kg lighter than the previous generation engines. This now clearly takes the fight to the BMW 5-Series which has the same layout when it comes to engine as well.

There is a choice of Petrol Engine this time too. All New 2017 Jaguar XF gets a 4-cylinder petrol engine offers 240 PS of power and makes 340 Nm of torque. Jaguar says that the 2.0 l 4-cylinder Turbocharged Petrol engine achieves ‘6-cylinder’ levels of performance and refinement. The company claims a 0-100 sprint time of the XF petrol is 7 seconds and has a top speed rated at 248 km/h. Both engines come mated to a similar 8-speed automatic transmission.

All New 2017 Jaguar XF uses a a Lightweight Aluminium Architecture, which makes it much lighter, stronger and 28 percent stiffer then its predecessor. Aluminium has been used to form the body sides, bonnet and front wings of XF makes it 90 kgs lighter! The deliveries of All New 2017 Jaguar XF are scheduled to begin from end of September 2016 and customers can now book one through any of the 23 authorized Jaguar Retailers located nationwide.

Volkswagen Aims Its Gun Where It Shoots Best, For 2017 Three VW Premium Cars On Their Way