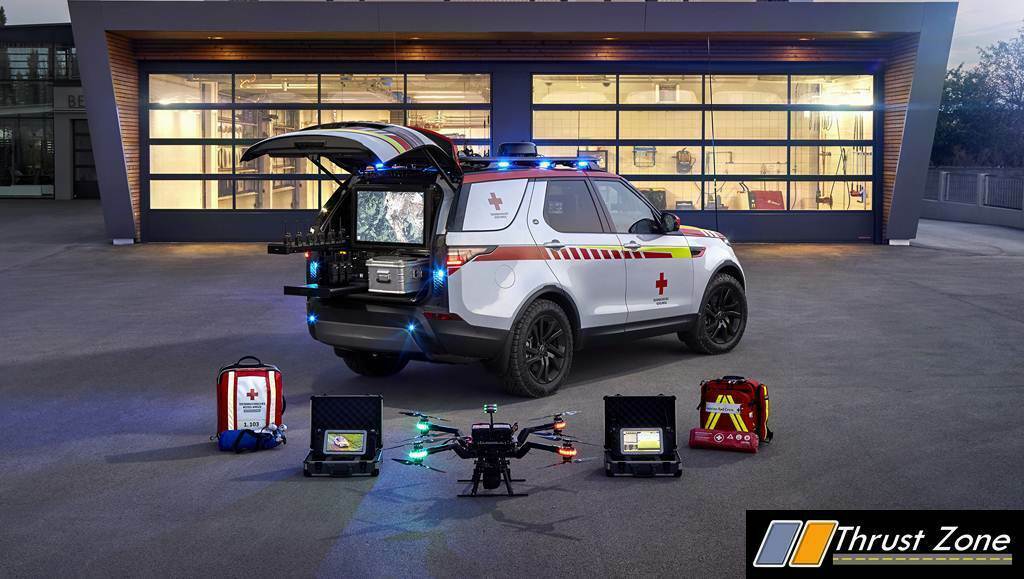 A unique lifesaving Land Rover Discovery has just entered active service with the Red Cross emergency response fleet. The bespoke Discovery will provide eyes in the sky with a special drone and go-anywhere wheels on the ground, as an emergency mobile command centre with the Austrian Red Cross disaster response teams.

The vehicle, developed from the original Project Hero concept car is the result of an 18-month collaboration between Land Rover Special Vehicle Operations and the Austrian Red Cross. The specially designed and engineered Discovery has the latest communications equipment, including an advanced eight-rotor drone. A long-range thermal imaging camera fitted to the drone is capable of spotting a person from 440m and can identify a vehicle at almost 1,000m. The operator can also track objects found using the drone simply by tapping the item on the slide-out main computer touchscreens video feed and obtain precise co-ordinates – crucial when directing rescue efforts. 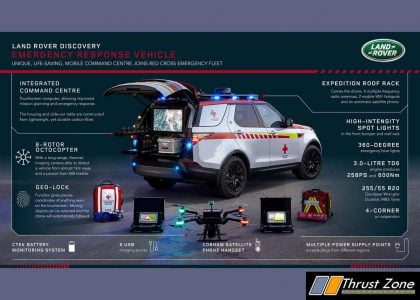 The Discovery will operate as a mobile nerve centre for disaster emergencies from which Red Cross experts can direct rescue operations. Bespoke features include four radio antennae, 360-degree lighting and a unique integrated carbon fibre loadspace Command Centre, enabling Red Cross operatives to co-ordinate emergency responses as soon as they reach the scene of an emergency, day or night. Based on a 258PS 3.0-litre TD6 Land Rover Discovery,it allows emergency crews to reach remote disaster zones quickly in all conditions, then provide instant updates to improve response times and co-ordinate emergency planning. 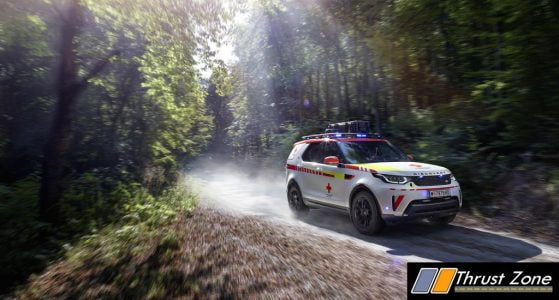 The Red Cross has been working with Land Rover for over 60 years, working together to support people in crisis throughout the world.
Since 2013 the partnership has raised more than US $12.8 million for people in need, funding 18 humanitarian projects in 25 countries across four continents.

Together we have reached almost one million people worldwide through the provision of emergency response vehicles, help at home services in the UK, and overseas projects to build stronger, more resilient communities in areas vulnerable to disaster.

The Red Cross has been working collaboratively with Land Rover to create and test a mobile command vehicle that will use drones within a humanitarian context. The new vehicle, a Land Rover Discovery, is equipped with the latest in communications equipment including a drone. It is expected that this will ultimately make disaster response in hazardous environments safer, quicker and more efficient.

The vehicle is the first of its kind, and uses the combined skills, technological and local knowledge and expertise of Land Rover and our colleagues at the Austrian Red Cross. It gives the Red Cross important and valuable access to an emerging technology and the opportunity to test an innovative concept in the design and use of drones in humanitarian contexts. 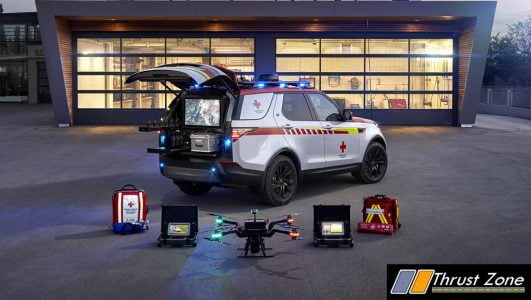