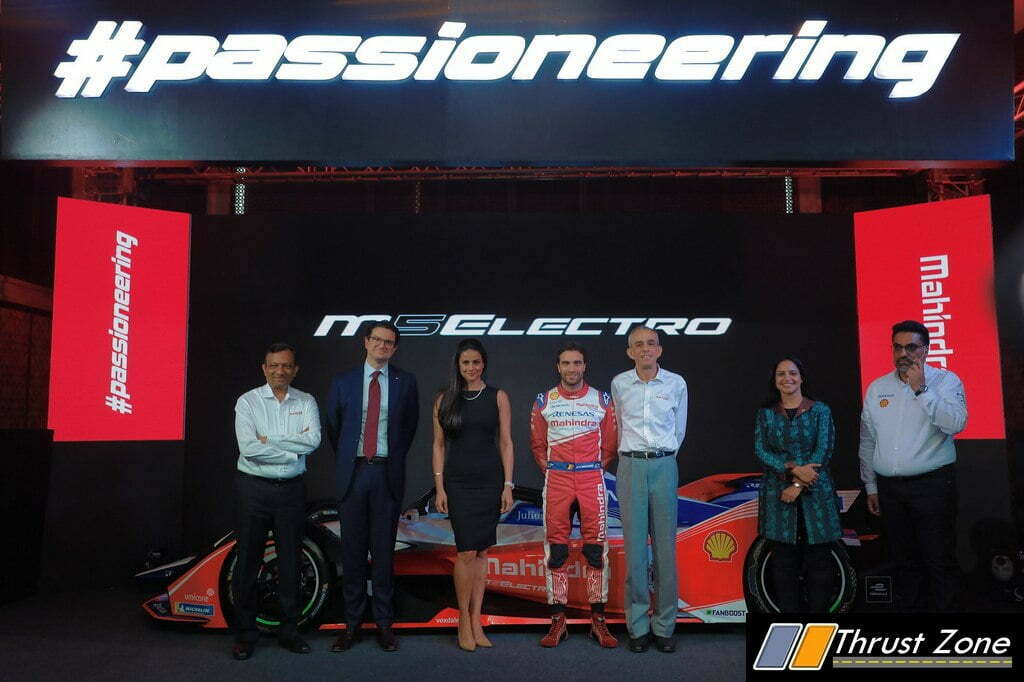 The first race is scheduled on December 15 in Ad Diriyah, Saudi Arabia with a total of 13 races across various cities in the world (it will be broadcasted live on Sony ESPN SD/HD – qualifying at 1:00pm and race at 5:00pm IST). Shell, with a heritage of more than 100 years in motorsports, has also come onboard as the latest sponsor for Mahindra Racing. The Shell logo is part of the new race car livery of the M5 Electro which was displayed in India in its race-ready avatar. In addition, Mahindra Racing and Shell will work on the joint development of lubricants and fluids for electric vehicles.

The M5Electro is based on generation two of the Formula E race car, featuring cutting edge EV powertrain technology that has been aggressively developed through the rigour of four seasons of top level Formula E racing. It will be able to touch 100km/h in just 2.8 seconds and go on to a top speed of 280km/h. The design sees an evolution of the team’s iconic and unique red, white and bluecolour scheme, updated and created to reflect the exhilarating new design of the Gen2 car. The new team kit draws inspiration from iconic Indian symbols, the Bengal tiger and the Lotus flower.

EVOLUTION OF E-PRIX RULES IN SEASON 5 The race will now last for 45-minutes and an extra lap without any pit stops. Drivers can use the ‘Attack Mode’, which lets them pick up an extra hit of power and to arm this they will need to drive their cars off the racing line, through the Activation Zone. As a reward for taking a slower line through the corner, they will be able to collect an extra 25 kW of power.

In another groundbreaking Formula E initiative, the five drivers who receive the highly-acclaimed FANBOOST from
fan voting ahead of the race, are awarded a significant burst of power, which they can deploy ina five-second window during the second half of the race. (You can vote for your favourite driver now, click here to cast your vote.)