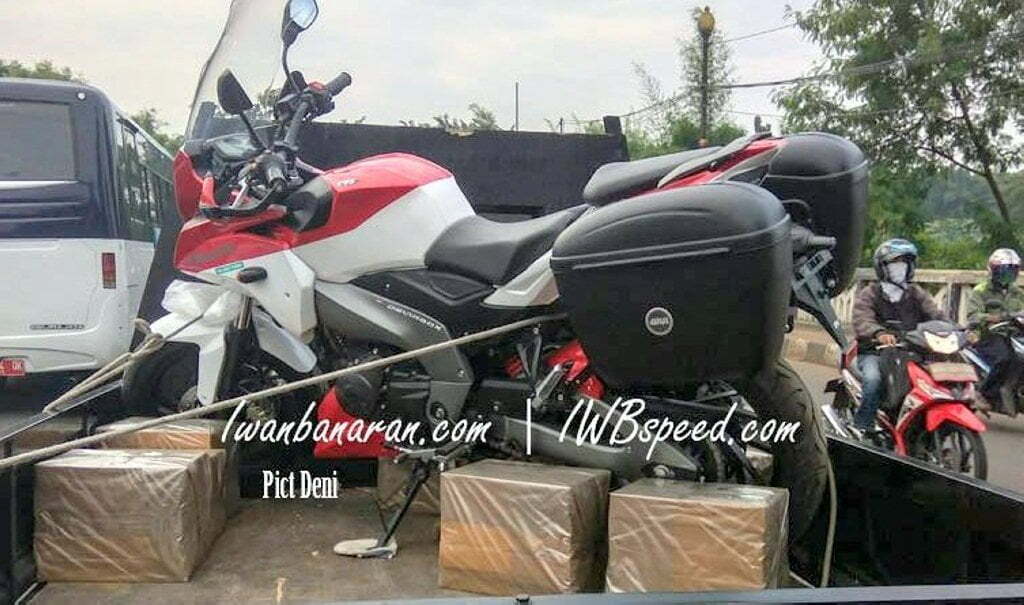 Apache 200 Launch creates hype in the modification world, modified as two different motorcycles while the heart remains the same

Are you listening TVS? After creating the Apache 200 and getting rave reviews for it, the motorcycle enthusiast do not seem to get enough of it. The Apache 200 was launched in December 2015 and post that it is being launched in a phased manner in popular South Asian countries. The countries which are known for a passionate brotherhood of motorcyclist. The bikers in countries like these believe ‘modify at first sight’. Hence after being showcased it is reaching tuner shops and dreams are coming true.

Apache 200 was first seen being transported in an Adventure form and most of the equipment on it comes from its arch rival, the Pulsar 200 NS, which sadly isn’t available in India as we speak. Perimeter frame front fairing come from AS 200 type. Large windscreen, flat and wide handle bar along with panniers boxes and same Pirelli tyres on both ends. Today, we see another example, somewhere on the motor stand of some Automotive Expo in Indonesia, which is a supersport, fully faired variant.

Both variants spotted in different time periods seem to share the same color scheme which mean it comes from same tuner garage. What this variant gets is the same color scheme, but full fairing panels, a well housed headlight bikini fairing, similar equipment, split seats, seat cowl, an extremely beefy exhaust and other bits. Cycle parts seem to be same in what we can see best in these pics

Dual disc at the front can also be seen, as if it is necessary on a machine which is around the 21 BHP and 200cc category. Enthusiastic work indeed, but far away from being practical. Let’s leave the practicality part to the original naked version. We hope that TVS gets the hints that what we are actually looking for. A super sports? Why not! An adventure? Yes Please! All of this with more power? Don’t ask just do it already!