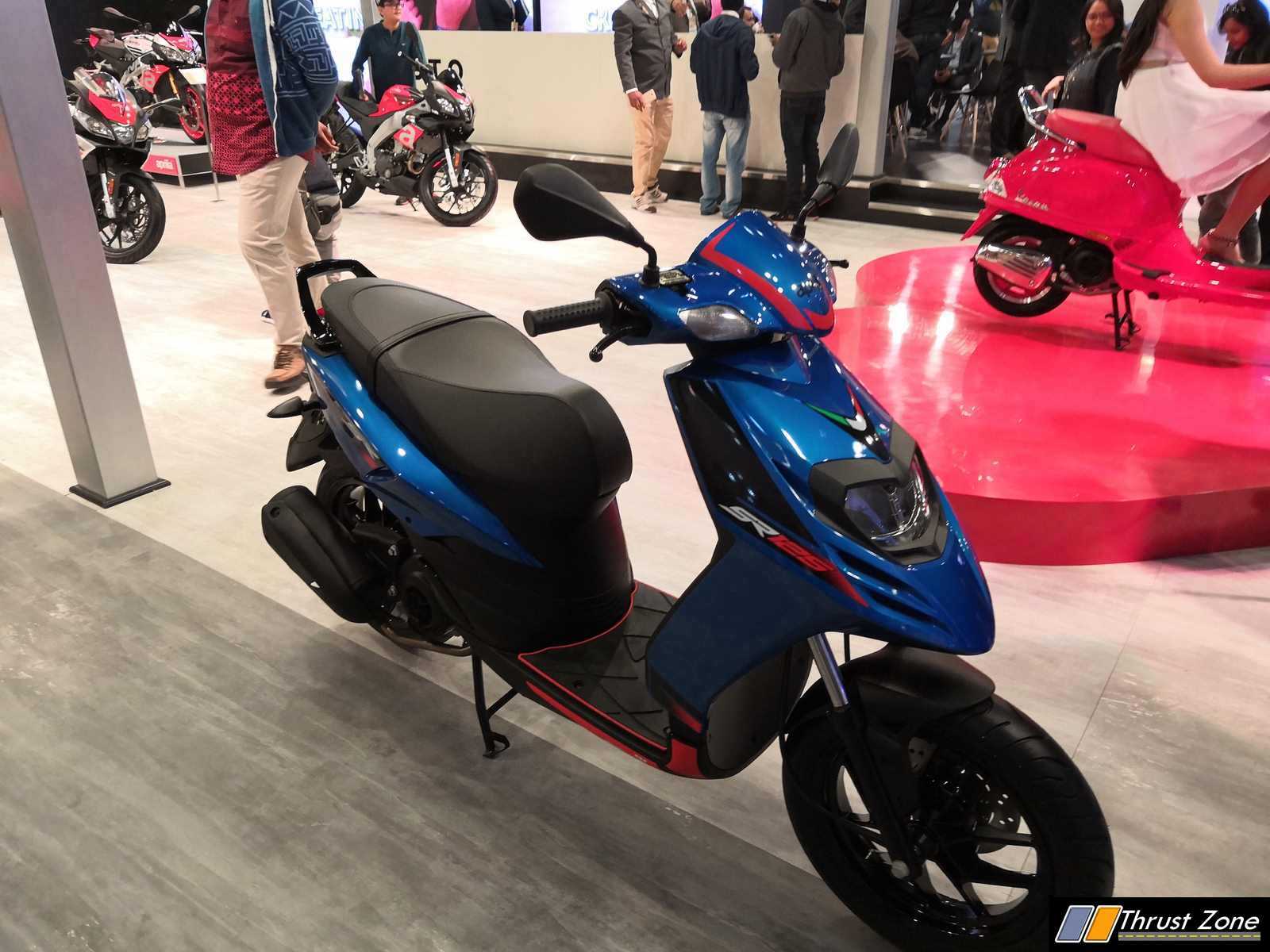 The Aprilia SR 125 is built on the same platform of its elder sibling the SR150. The overall design and styling are same as that of the SR 150. As all the parts and components used by the manufacturer in the SR125 are from the SR150. But the new SR125 gets 14-inch wheels and a new exterior paint scheme. The only difference is the engine and it is the 125cc single cylinder petrol engine which is similar to the one used in the Vespa 125. This mill churns out 9.6bhp of power and 9.9 Nm of torque. 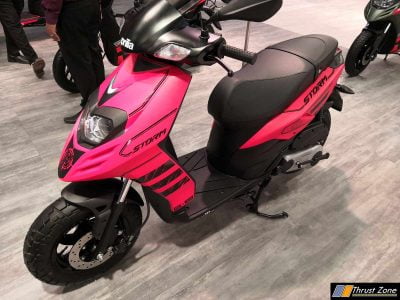 We have seen an increase in demand for the 125cc scooters in the Indian market. With the launch of the SR125 Aprilia has also entered into the battle. The SR125 will compete head-on with the Suzuki Access 125, Honda Grazia, newly launched TVS NTorq 125, but being the most powerful of them will give the SR125 an added advantage. As compared to its elder sibling, the SR125 is priced around Rs 3000 less, but it has better fuel efficiency than the SR150. The New Aprilia SR125 is retailed by Piaggio and it will be available at all the Piaggio and Aprilia dealerships across the nation. 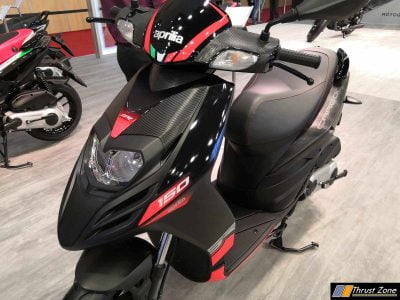 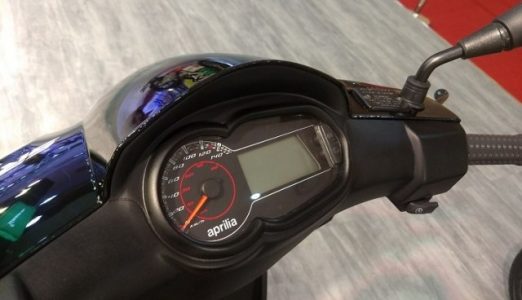 Well, this is not the end, Piaggio also unveiled the Aprilia Storm at the ongoing Auto Expo. This is a more sporty version of the SR125 which is equipped with 12-inch wheels with wide all-terrain tyres and is powered with the same 125 engine. We expect the Aprilia Storm to be launched somewhere around that the end of this year.