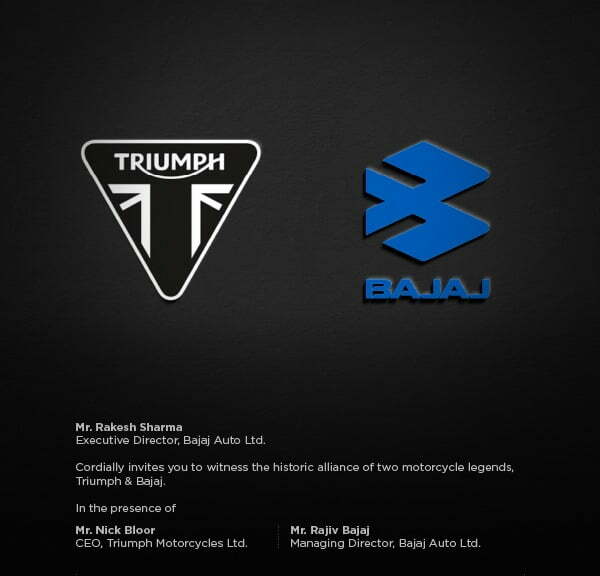 A couple of years ago, some very exciting piece of information was led out by two very well-known motorcycle giants. It was none another than Bajaj and Triumph announcing their future alliance plans in 2017. Now, the final statement on the same will be made on January 24, 2020.

It’s just a matter of a week and we’ll witness two of the chart-topping brands come together. However, the very first offspring to be born will take quite some time, a minimum of two years. Now, various speculations can be made on the said alliance. To say the least, it will only be a guessing game until the brands themselves announce a specific segment they eye on.

Both the brands will reap the fruits from the deal in specific ways. For Bajaj, they will be associated with an iconic brand with a lot of presence/influence in the foreign market. Furthermore, Bajaj also gets Triumph’s expertise and know-how to develop a sedate motorcycle that it has been long-eyeing on. From the analysis of Royal Enfield’s sales figures, it’s no surprise that the Indian market doesn’t shy off from embracing the retro-looking motorcycles. With that being said, Bajaj’s Dominar 400 was an attempt to shake down the rivals in the so-called relaxed class of motorcycles, but well, that caught a different wave, a good one though. 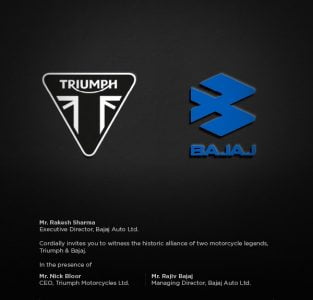 Well, talking about what Triumph gets on its plate? There’s quite a lot. Firstly, we all know that Triumph motorcycles do not come cheap to the Indian market. Considering the alliance, Triumph and Bajaj are likely to launch a small-capacity motorcycle, something in the quarter-litre segment. The aforementioned segment will let Triumph enter into the more-affordable motorcycles as a seller. Another benefit for Triumph is cutting down on the expenses wherever possible, something that Bajaj can score an A+ in.
But all of this will be concrete once we hear from the head-honchos of the Bajaj and Triumph in the coming week press conference.