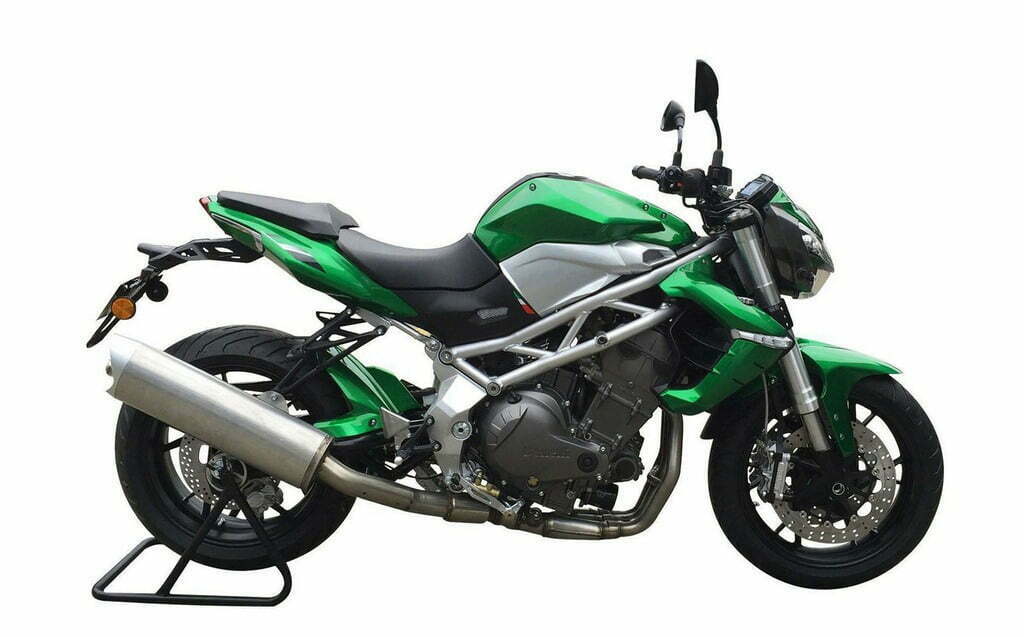 Benelli is finally on the right path of resurgence after years of being just a big name from past. Largely owing to the stupendous success it has achieved in the Indian motorcycle market, the Chinese owned Italian legend is surely getting back to its old self. Now, to continue its momentum, Benelli has to update its ageing big bike portfolio.

Even though the TNT 899 and the TNTR still look as other-worldly as they looked more than a decade ago, Benelli needs to find more contemporary upgrades or replacements of these motorcycles. Now, with the imminent arrival of the brilliant 500cc machines, the Benelli Leoncino and the TRK502 along with the Tornado 302, Benelli is said to be gearing up for bigger bike arrivals as well. Design patents of three upcoming Benelli bikes have leaked telling us that the company is working on new 750cc, 900cc and 1200cc motorcycles.

Among the leaked images, two a clearer images of almost production ready nakeds. The first is a 750cc parallel twin naked that seems to be an upgrade to the design idea of the Due 756 that never saw production. The chassis is a steel trellis and tubular steel swingarm as compared to the 2006 Due Concepts cast aluminum designs. Similarly there is mid-height side-mounted exhaust in place of the earlier bike’s belly-mount exhaust system. The design has also seen much revision with the new bike having a faint resemblance to Ducati Monster while the headlights are much like the Suzuki SV650. The 900cc on naked on the other hand is powered by the familiar triple from the erstwhile Tornado and the present TNT models. 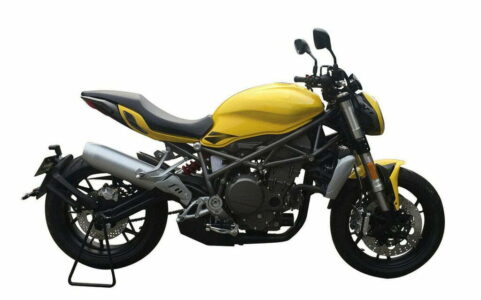 However, looking at the pictures it is evident that the new bike features much less exotic materials and design ideology which should translate into better cost of manufacturing and hence pricing. Luckily, the bike does have some inspiration from the Adrian Morton design extravaganza which the Benelli TNT siblings are. The bike seems to carry forward with the same tank and swingarm design but with a new steel trellis chassis. The forks and brakes are also similar to late-model TNTs. In fact the suspension and the breaks also seems to be carried forward from the present models also, which we reckon isn’t a bad thing.

Interestingly, the latest leaked image of an upcoming Benelli bike seems to be the rumoured 1200cc triple. Going by the CAD image of the bike, it seems that the biggest Benelli will be targeted towards the touring bike segment. Looking at the styling, the bike might just lock horns with the likes of the Triumph Trophy 1200 whenever it arrives. The heavily upgraded and expanded triple from the Tornado will be mated to a shaft drive on this new Benelli 1200cc Touring bike. 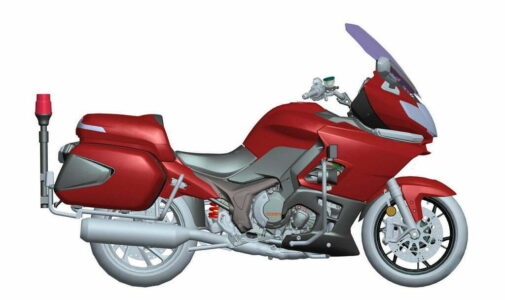 The suspension seems to be single sided swingarm with a BMW like Paralever arrangement. The chassis also seems to be a steel trellis. As is Benelli standard now, the bike will features USD’s up front with radially mounted calipers while ABS should also arrive. Expect the bike to features everything you expect on a touring bike of this segment. There will be electronically adjusted windscreen and so will be two significant flat–screen displays which could mean the presence of GPS on board. Expect the bike to have heated everything along with a probable inclusion of a stereo as well.

Not much is known about these bikes as of now, except for how they might look. Also, it would be interesting to see where these bikes will be manufactured as well. And so is the timeframe of the launch of these three new bikes. By the time these arrive we might also see a new bike or two on the same platforms sooner or later. In fact a big Adventure bike would certainly suit Benelli’s portfolio well. Expect these to arrive as 2018 models at or around EICMA 2017 after Benelli is settled with the launch of the hugely interesting, Leoncino and TRK502 globally.

Mercedes E-Class Coupe Is Classy in its Design, More Approachable Than the S-Class Coupe