Bentley Bentayga Diesel is the engine from the SQ7 which is the most powerful in its class, just got even faster

It was always on cards and finally here it is, the first ever Diesel engine in the Bentley’s 97 year history has arrived. And, this all new mould-breaking engine arrives in an equally tradition challenging, Bentley Bentayga SUV. And it is not just a usual oil-burner as you might expect, it is indeed a monstrous 4.0-litre V8 that makes its claim to be a rightful part of a company’s portfolio that prides itself in creating vehicles with effortless performance.

This special engine from Bentley lets the Bentayga put in preposterous performance figures that should keep the critics shouting blasphemy at bay. The Bentley Bentayga Diesel with its triple-charged 4.0-litre V8 that develops a whopping 429 BHP and a staggering 900 Nm can pull this 2390 kgs SUV from 0-60 mph is just 4.6 seconds.

If that’s not enough, the top speed comes in at an equally mind-blowing 168 mph. Talking about the performance numbers, this Bentley Bentayga Diesel takes only 0.4 seconds more to hit 0-60 mph than the W12 Petrol Bentayga. Being a Bentley, this engine is certain to give a super smooth and powerful drive while at the same time Bentley has also somehow managed to keep the Greenpeace happy. This all new diesel burner boasts of the British icons lowest CO2 rating at 210g/km combined with a claimed mileage of 35.8 mpg.

Furthermore, this engine from Bentley finds its roots in the unit that powers the made Audi SQ7. However, on the Bentley this engine is mated to a all new exhaust design that as per Bentley has been “acoustically engineered to be as a quiet and refined as possible”. Subtle V8 Diesel badges on the base of front doors differentiates the Bentayga Diesel from its Petrol powered siblings while the new exhaust’s shaped tailpipes , that resembles figure-eight vaguely along with a black grille instead of a silver mesh, further marks a change to the Diesel powered Bentayga design. 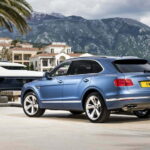 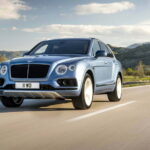 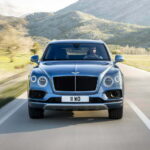 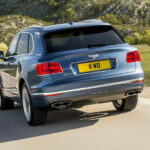 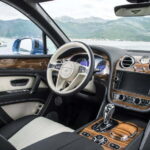 The sales of the all new Bentley Bentayga Diesel will begin in 2017 for the European, Russian, South African and Australian market. While it might not land at US, Middle-East and Chinese markets and you can blame that on the Dieselgate, especially for US. The new Bentley Bentayga Diesel is priced at £135,800 in the UK which is around £30k less than an entry-level W12. India launch will happen within 5-6 months.