The entry-level luxury sedan segment has largely been a German affair with primarily the Mercedes-Benz CLA and the Audi A3 competing for the coveted top spot. BMW was missing from the action even as it had an early lead in the entry-level luxury SUV segment with the X1. However, the Bavarian company knew sooner or later it will have to take on the sedan segment as well, and that’s where the BMW 2 Series was born.

The BMW 2 Series Gran Coupe made its global debut last October and will make its way to India. But, the 2 Series GC has work cut out for itself with the equally new Mercedes-Benz A-Class Limousine and the new generation Audi A3 also set to make their way to the Indian market. Both Mercedes and Audi have had a presence in this segment with the CLA and the older-gen A3 respectively, but the 2 Series GC is a capable competitor. Here’s how all three models compare against each other on paper. 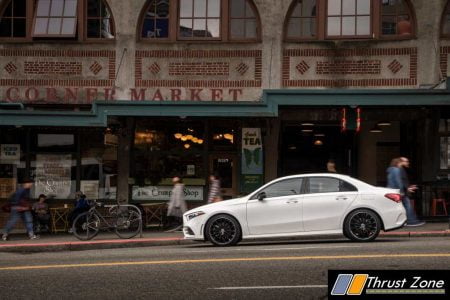 All three cars are nearly identical in dimensions with the new generation Audi A3 stretching a little farther than the others. The Merc and BMW, on the other hand, offer compact body shells that should make them fun around corners too. The BMW 2 Series Gran Coupe has an extremely bold design with the massive kidney grilles, larger air intakes on the bumper and the signature LED DRLs.

The rear profile mimics the larger 8 Series Gran Coupe on the smaller model. Similarly, the Mercedes-Benz A-Class Limousine combines the compact design of the A-Class hatchback with the CLS, especially at the rear. The A-Class L though looks extremely elegant and the notchback rear is a particular favourite. Lastly, the new generation Audi A3 has grown and how! Compared to the rather bland design on the older model, the 2021 car gets bold lines, a tonne of new elements and an imposing single-frame grille. The car also appears wider thanks to the new design and evokes a better road presence.

The three compact Germans are loaded on tech as you would expect the cars of the future to be. This includes touchscreen systems, Apple CarPlay and Android compatibility, premium sound systems and more. There are several new active and passive driver assistance systems on the cars that have trickled down from the flagship models of each brand. 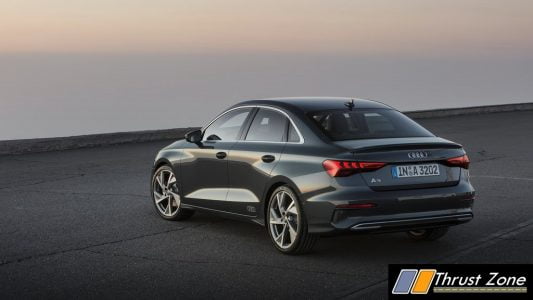 Starting with the petrol versions of the three entry-level luxury compact sedans. The 2 Series GC develops 190PS and 280Nm, while the A-Class Limousine makes a similar 163PS and 250Nm. The BMW is paired with the 8-speed automatic transmission, while the Mercedes comes with a 7-speed automatic. The Audi A3 gets the smallest engine here drawing power from the 1.5-litre turbocharged TFSI petrol engine that developed 150PS and about 250Nm of peak torque. Like the Mercedes, the A3 too will get a 7-speed automatic transmission. Internationally, the Audi A3 1.5 TFSI also gets 48V mild-hybrid technology, but we will have to wait and see if the MHEV tech makes it to the Indian model.

While the CLA and the A3 have always been FWD models, BMW makes the shift from rear-wheel-drive with this model and that may seem like a bummer for the purists. However, the FWD Gran Coupe only becomes more accessible now and also goes head-on against the competition. Levelling the playing field then? You bet! 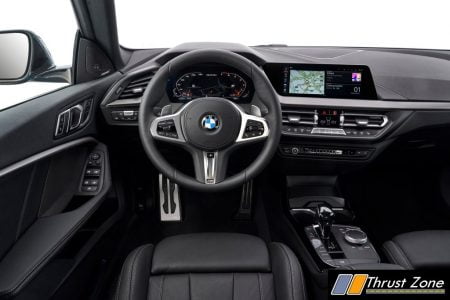 Both Mercedes-Benz and BMW continue to offer diesel vehicles in the BS6 era, which is not the case with the Volkswagen Group anymore. The company has discontinued all diesel engines from its group offerings, which means the new-generation Audi A3 when it arrives in the country, will be a petrol-only vehicle. The Mercedes A-Class Limousine is expected to draw power from the 2.0-litre diesel engine that will churn out 150PS and 320Nm of peak torque, while paired to the 8-speed DCT automatic transmission.

The BMW 2 Series GC will also get a diesel alternative powered by the 2.0-litre motor tuned for 187PS and 400Nm. Like the petrol version, the diesel engine will also come paired with the 8-speed autobox. For the diesel heads then, the 2 Series Gran Coupe certainly sounds like a compelling purchase. But we will have to drive these cars back-to-back to give you a real understanding of which car offers better driveability. 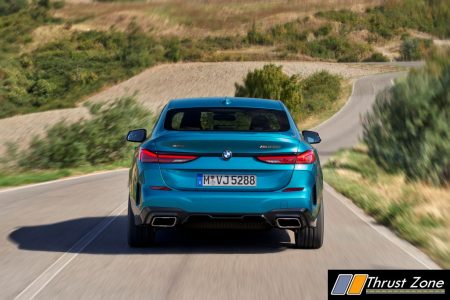 Mercedes-Benz India has hinted that the upcoming A-Class Limousine will be priced around the Rs. 40 lakh mark. Audi is yet to convey a timeline for the launch of the new A3 sedan but one can expect the model to arrive around mid-2021 with a price tag of around Rs. 35 lakh (all prices, ex-showroom). The BMW 2 Series GC and the Mercedes A-Class L will get their respective performance versions as well with the M and AMG badges respectively. There’s no word if India will get the RS3 or the S3 in the future. It will be welcomed though with open arms.