BMW Displays 13th Art Car in Country At The India Art Fair – Stunning All The Way! 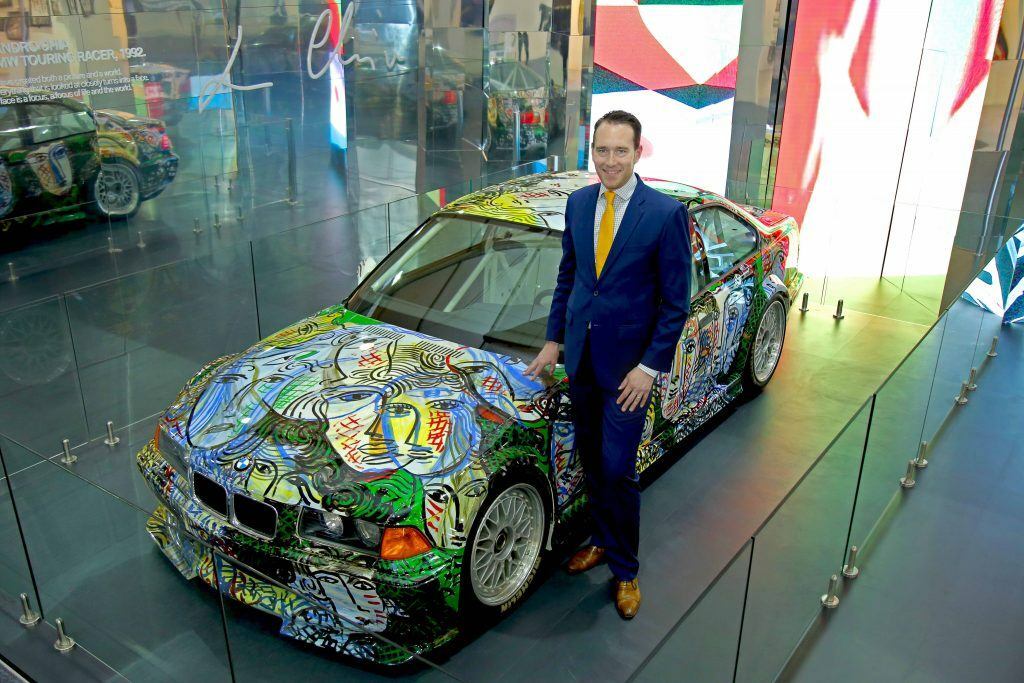 The BMW Art Car by Sandro Chia celebrates its 25th anniversary in India with an exclusive display at India Art Fair.

Since 1975, the BMW art cars have been a symbol of artistic expression and automobile design. With 18 cars having been made in last 25 years, BMW is showcasing the 13th BMW Art Car designed by renowned Italian contemporary artist Sandro Chia. The car is to be showcased from 2-5th February 2017 at the ongoing 2017 India Art Fair in New Delhi. This particular BMW Art Car was designed in 1992 with the BMW M3 GTR as its base. This car is celebrating its 25th Anniversary here in India. BMW Art cars, or the ‘Rolling Sculptures’ are prominent original masterpieces of art that transforms through automotive designs.

With the BMW Art Car study reaching its 40th Anniversary on 19 November 2015, a jury of distinguished museum directors and curators chose Chinese artist Cao Fei and American artist John Baldessari to separately design the next BMW Art Cars in 2017 with the BMW M6 GT3 and BMW M6 GTLM. Out of these two, the 19th BMW Art Car, designed by John Baldessari celebrated its world premiere at Art Basel Miami Beach on 30 November 2016. The world premiere of the 18th BMW Art Car designed by Cao Fei is scheduled during the summer of 2017. 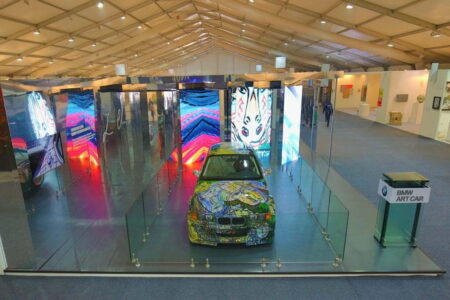 Sandro Chia was born in 1946 in Florence. He now lives in New York, London and Tuscany. During the 1970’s, Chia achieved prominence with significant one man exhibitions in Rome, Turin and Cologne. A scholarship enabled him to work for a year in Monchengladbach. By 1982, his works were being shown by the Guggenheim Museum in New York, at the ‘documenta 7’ in Kassel and at the ‘Zeitgeist’ exhibition in Berlin. For the design of the BMW Art car, Sandero had said, “Paint me, paint me!” the racing car’s surface had called me out.” 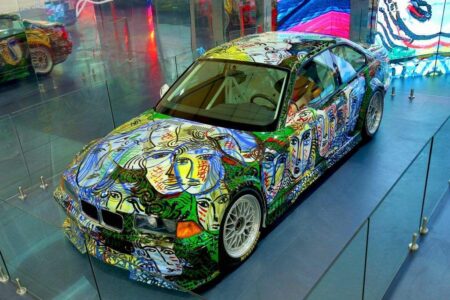 So he started to paint, painted faces and a sea of intensive colours until the car’s whole bodywork had been completely covered. “The automobile is a much coveted object within our society”, said Sandro Chia commenting on his work. “It is the centre of attraction. People look at it. This car reflects those looks.” The design of the Art Car was not his first artistic involvement with an automobile. Even as a child he painted graffiti on cars.