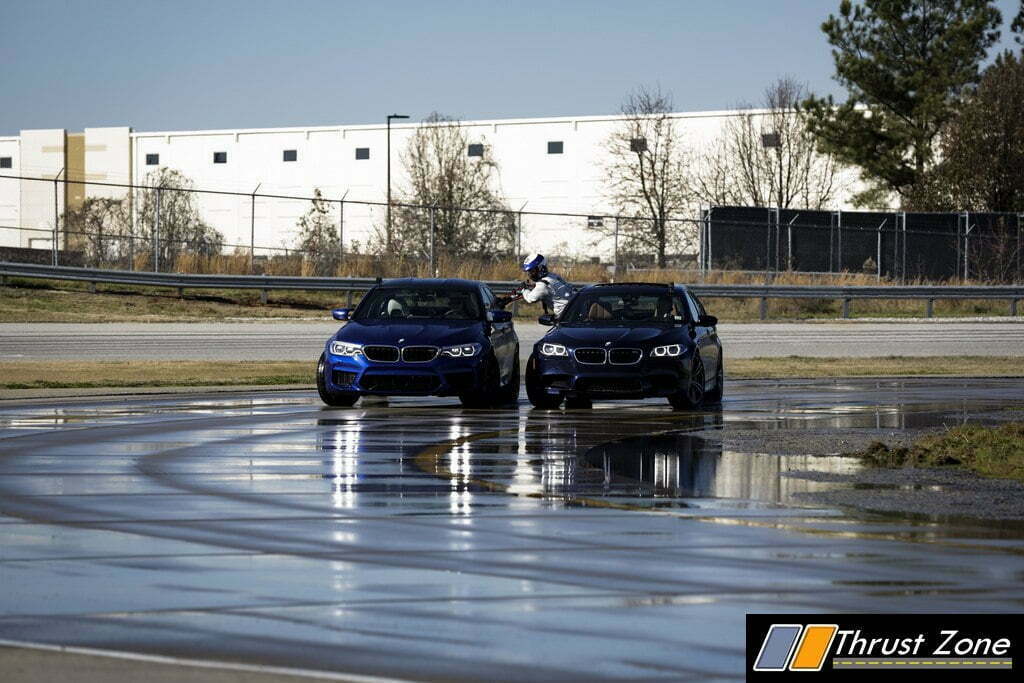 If you were to set a world record, you’d either do something unique, something which the world hasn’t seen in the past. Or you choose the most sought after way, simply shatter an existing record. BMW did exactly that, but its how they did it that makes them undoubtedly extraordinary. BMW had previously achieved the ‘longest continuous vehicle drift’ record on an older version of the M5 which was piloted by their trusted driver Johan Schwartz in 2013. This record, however, was broken twice since then. BMW took it back, simple.

In 2014, Harald Müller of Germany managed to set a new ‘longest vehicle drift’ record in a Toyota GT86, drifting for an amazing 144.126 kilometres. BMW knew that they had to beat this, but in an unconventional way.

Now normally when you set out to break the drift record you end up consuming a lot of fuel. This problem is tackled by installing a larger gas tank in the cars. This has been done quite a few times, and according to BMW it is ‘unexciting’. The German giant thus went to Detroit Speed for help. They created a ‘custom dry brake fuel system’ which allowed them to refuel the car mid-drift, pretty similar to how jets refuel mid-flight.

This may look easy but it wasn’t. Matt Butts of Detroit Speed had to actually hang out of the window of the second car to refuel the record car while Matt Mullins, BMW’s Chief Driving Instructor drifted it on the track… Phew! Matt Butts was secured by safety hobbles which allowed him to securely place himself between the two cars by leaning out and carry out refuelling. Although the trio had practiced the same stunt a few times before the record attempt, there still remained no margin for error.

The place where this episode took place is at BMW’s Performance Center in Greer, South Carolina. BMW’s weapons were the new 600bhp M5’s and they had also arranged for a special skid pad for this record. Johan had drifted a monster 374.17 kms (232.5 miles) in the sedan, not just breaking but shattering Müller’s record. Toyota, you gotta work hard now! However what’s interesting is that in between the drift they had to refuel the car five times. How long did it all lasted you ask? Well eight long hours to be precise. But hey, that’s not all.

To refuel the car, Matt Mullins, driver of the second car, had to perform a synchronized drift so that Butts could refuel the record car. In this whole scenario they also made another record for the second M5, the ‘Longest twin vehicle drift (water assisted)’. They achieved an amazing 79.26 km drift which lasted for an hour and as you might have already guessed it, broke all the previous records. According to Johan it was a big win all around. Johan and Matt both were present at the recent Consumer Electronics Show (CES) which took place in Las Vegas, displaying their ungodly drifting skills.