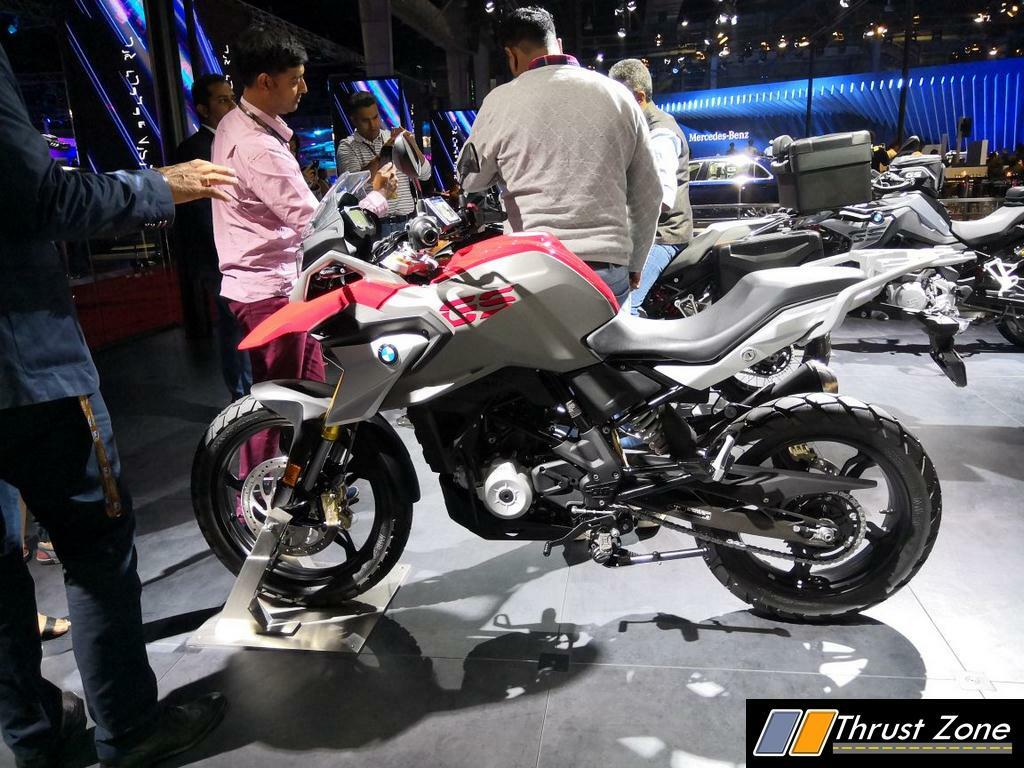 The all-new BMW G 310 GS, is a lovely addendum to the BMW’s chopper series this annum, and it will also be unveiled at the upcoming expo, in India. It is fundamentally, the adventure touring rendition of the nude street chopper BMW G 310 R.

The chopper’s layout is adapted from the BMW’s flagship GS series.  Eventually, it has been bestowed with a large mudguard, a re-designed headlight, a perfectly sculpted fuel tank and a comfy luggage carrier at the back.

While the basic power-plant still stays the same, the G 310 GS also gets long-travel USD forks at the frontal portion and a mono-shock unit at the rear. Further, the brakes and tyre dimensions still remain as the same constant. Once it is unleashed, it is expected that it will bear a price tag heavier price tag than the G 310 R, and it is being rumoured that the difference would be around a margin of Rupees 30,000. Both the bikes are slated for release during the latter half of this annum. 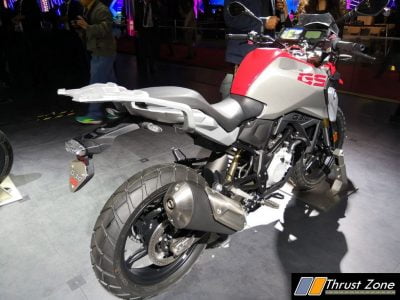 Both the G310R and G310 GS are the choppers constituting the initial auto-products owing to the conjunction between BMW and TVS. Although the former being a roadster power driven by a 313cc single-cylinder engine, the superior adventure bike elements like the 19-inch front wheel, radiator shrouds, enduro foot-pegs and the luggage rack is visible on the latter. The chopper’s parts like the suspension, brake components, engine and the frame are shared between the two, saving up for the front forks which get 49mm extra travel in the G310 GS.

The liquid-cooled engine is capable of producing a stunning 33.6 BHP of power and a hiked up value of 28 Nm of torque and it arrives teamed up with a 6-speed manual gearbox. Features like switchable ABS, rear wheel disc and USD forks can be seen on both the motorcycles. The G310 GS is anticipated to bear a price tag of 3 lakhs INR. It looks like the chopper would give a tough competition to the Royal Enfield Himalayan while the G310R would compete with its usual rival, KTM Duke 390.