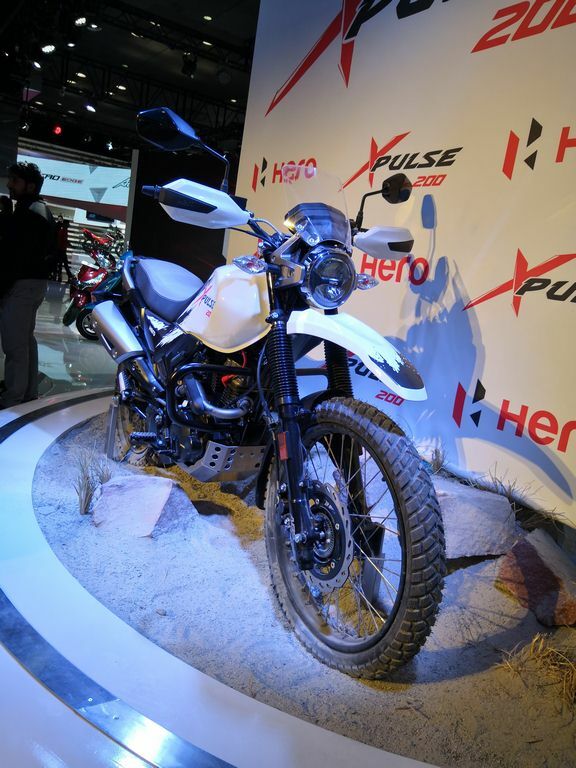 Hero MotoCorp has finally uncloaked and revealed the much awaited Impulse replacement. It is called as XPulse and for now it is still a concept. To take the legacy of the Impulse forward the XPulse presents a more sharp focus on the off road performance of the bike. Thanks to the better ground clearance, off road tires, wind protection and an accessible seat height, the XPulse can be called as the perfect off-roading bike. 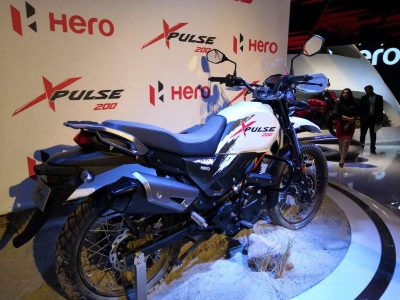 As predicted before the XPulse features a larger front wheel which on the concept bike displayed at the EICMA is fitted with a Metzeler off road biased tyre. The XPulse also features a long travel conventional fork along with rubber fork gaiters. A raised front fender and a round headlight is accompanied by a windscreen. The XPulse gets an Enduro bike styled handlebar along with a cross bar and hand guards that are painted olive green.

The fuel tank along with noticeable knee gap is featuring a flush fitting fuel tank cap. The XPulse features an upright and a commanding stance, with a single piece of seat that extends up to the fuel tank which is an expected element on an Enduro motorcycle. What we believe is that the blacked out engine is based on the Xtreme 200 which is actually destined for production and which will be revealed at the 2018 Auto Expo. This will be suitably tuned for on and off road application and also it will be BS-VI compliant also. The engine that was showcased in the concept was completely surrounded with ample protection which comes looking like a compact and functional looking crash guard and a drilled underbelly bash plate. 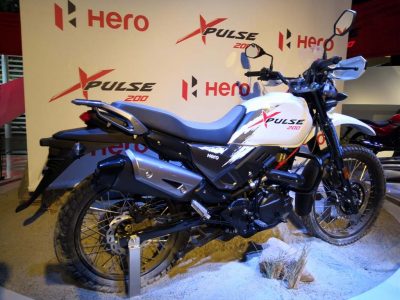 The exhaust of the XPluse runs along the right hand side of the single cylinder motor and it ends in an upswept angle which is close to the tail section. The chassis that is used on the XPulse is a single downtube chassis which implements that there is a box section swing arm and a mono shock rear suspension as well as a small disc brake at the rear. For the time being the Hero XPulse is only a concept and Hero has indicated that there is a possibility that it will be a production ready bike by the end of 2018.