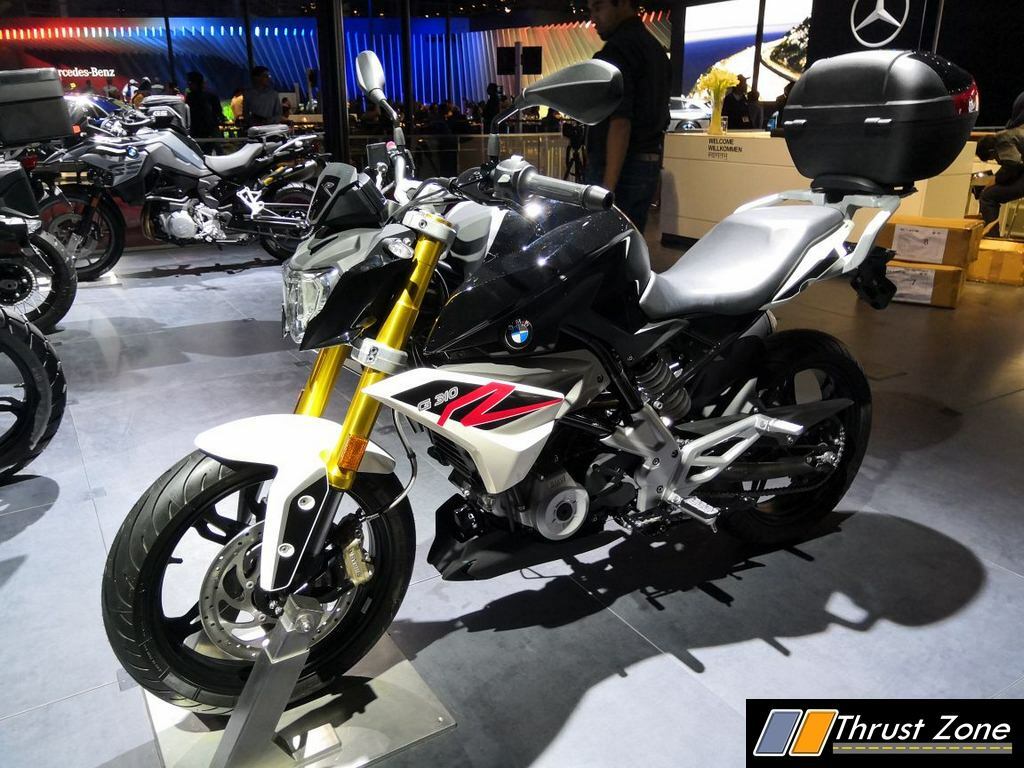 BMW G 310 R Revealed at Auto Expo 2018. Company says it is launching the bike in the next six months

The magnanimous Bavarian Motor Works is all set to unchain its BMW G 310 R and this chopper is making its re-entry after its desi debut at the previous Auto Expo. While the company has eventually planned to get this chopper to the Indian market, people are working hard enough to hike the interest levels to greater magnitudes. However, there has not been many alterations on the G 310 R. Nevertheless, not much has changed on the BMW G310 R.  While focussing on the styling part, it seems like it has become further small, and it also resembles the down sized version of the proud BMW S 1000 R.

In the frontal portion, the vehicle continues to sport the 313cc single-cylinder, liquid-cooled engine that is potent enough to produce 35PS of power and a stunning 28Nm of torque. The BMW G 310 R also receives a tubular space frame. The Suspension is taken care of at the front, and it is handled by the USD forks while a mono-shock performs its duty at the rear portion of the vehicle. In order to halt the chopper, the BMW G 310 R dons a four-piston calliper along with a 300mm front disc brake and a 240mm disc brake mated with a single-piston floating calliper at the rear. 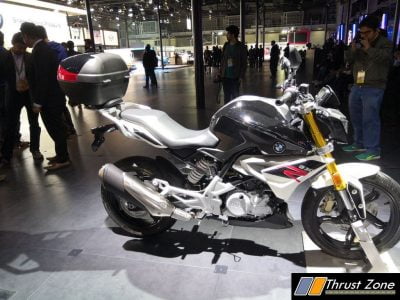 The company has inculcated the 110/70 R17 tyres at the frontal portion and the 150/60 R17 tyres at the rear. The chopper weighs around 158.5kg kerb. The BMW G 310 R also possesses a very low, yet a comfy seat height of 785mm, which is anticipated to suit riders who are short. The fuel tank capacity of the bike is approximately 11 litres. The moment it makes its entry, the G 310 R is expected to bear an astonishing price tag ranging from 2.2 to 2.5 lakhs INR (ex-showroom). It will be a potent rival against the KTM 390 Duke and the coveted Benelli TNT 300.