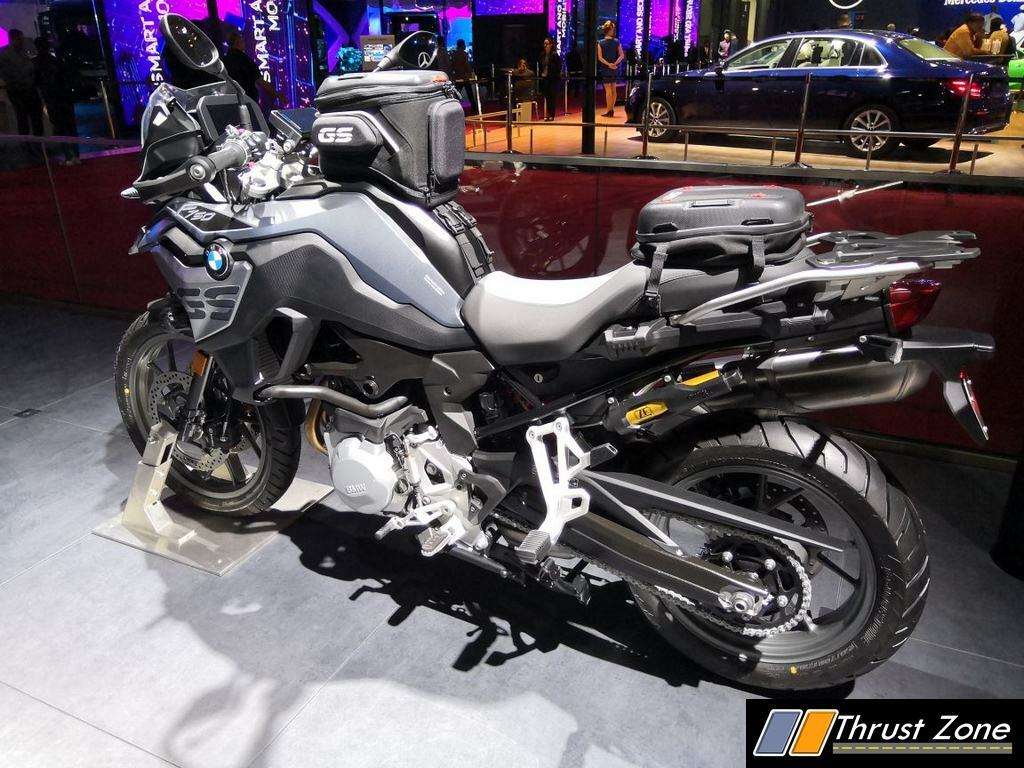 As the Auto Expo 2018 is about to begin, the BMW Motorrad stall has got two very special adventure bikes and a street naked bike which all of us have been longing to on the Indian roads. BMW Motorrad first launched the F 850 GS at the EICMA motorcycle show, the previous year, leaving out a small clue that there could be a possible launch in India. Now, after all the expectations and the buzz, it looks like our long term wish has come true. The automaker has planned to launch the F 850 GS at the 2018 Auto Expo.

The BMW F 850 GS is driven by a brand new 853cc, parallel-twin motor which is larger and more powerful than the earlier one seen on the outgoing F 800 GS. BMW also states that the new F 850 GS is much better than the F 800 GS, both on and off the road, and this is mainly due to the new electronic wizardry and new engine. The all-new motor on the F 850 GS is capable of producing 95PS at 8250rpm and 92 Nm of torque at 6250rpm.

It claims a speed of over 200kmph. The motor on the F 850 GS has been further improvised to provide more torque down in the reference range and in order to accomplish that, the crankshaft is offset at 90-degrees, with a 270-degree firing interval. It is also provided with two counterbalance shafts for further refinement. The motor is teamed up with a 6-speed gearbox along with a slipper clutch for smoother shifts.

The BMW F 850 GS will also be unleashing the ‘Road’ and ‘Rain’ riding modes along with the ABS and ASC for coping up with the tough terrains. The pro riding modes like ‘Dynamic’, ‘Enduro’ and ‘Enduro Pro’ are also available as extra options, in addition to the dynamic traction control and ABS Pro modes. Gliding on to the bike category, they are being built on a new mono-coque steel bridge frame with a completely new geometry for the suspension and the fuel tank position. The motor right now acts as a stressed member, which also aids in the reduction of weight of the vehicle. In addition to this, the position of the fuel tank has been changed once again for maximising the centre of gravity.

The suspension duties are now being taken care of by the 43mm upside-down forks at the front and with a 204mm of travel and a mono-shock at the rear with a 219mm of travel. The 850 also has a seat height of 860mm. The frontal portion dons a 305mm dual disc brakes up in the front faction, while the rear comes with a 265mm single disc brake.

With respect to the exterior outlooks, the F 850 GS receives a full LED headlight with optional DRLs, optional connectivity equipment along with a 6.5-inch full-colour TFT display and other optional addendums like the keyless ignition, gear shift assistant Pro, dynamic ESA, e-Call, and Connectivity. If this chopper is going to make its debut in the desi market, then, it is anticipated that the BMW F 850 GS would bear a price tag ranging between 12 – 13 lakhs INR. It will prove to be a deadly combatant to the Triumph Tiger 800 range and the Honda Africa Twin, which have been released much recently.