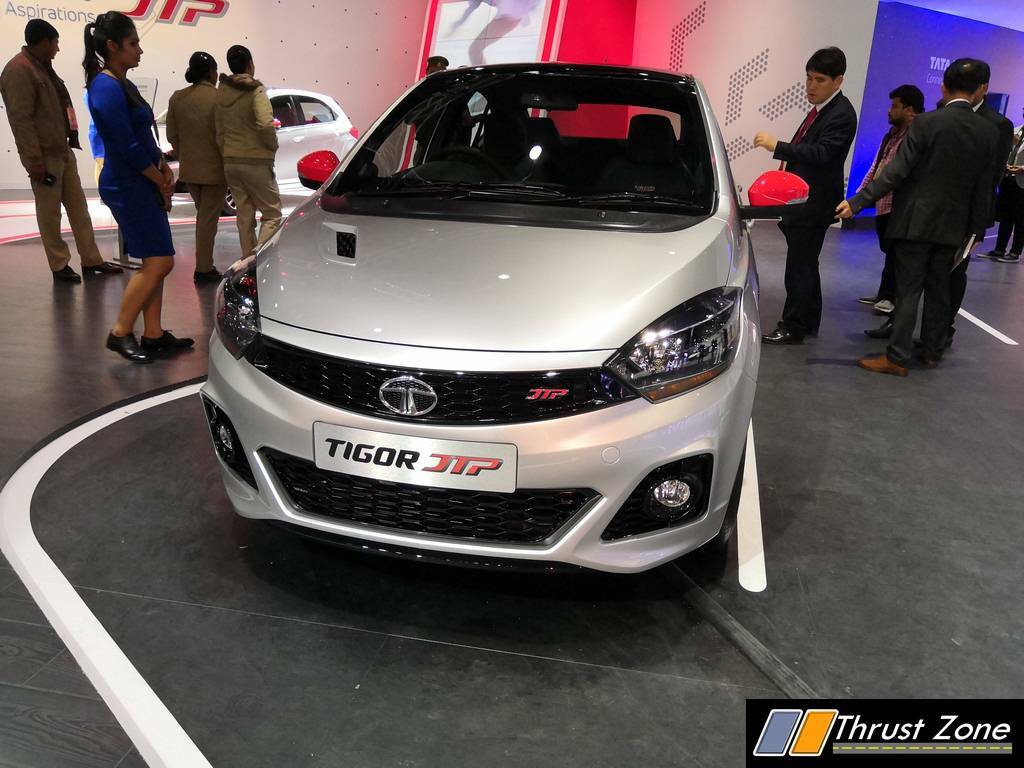 The Tata Motors have unmasked a terrific poster of the Tigor compact sedan’s performance version and it is making its debut at the Auto Expo 2018, teamed up with Tiago hatchback, which is given a sporty look. The picture shows that the car’s front end, is very small and it makes us to note the considerably modified styling package for the car, which is performance oriented. The other well evident changes in the picture are the extravagant accommodation for the fog lamps on the bumper, along with richly embellished red detailing. Through the extension, it is expected that front bumpers would don a sporty, larger air dam that provides a more ferocious look to the vehicle. 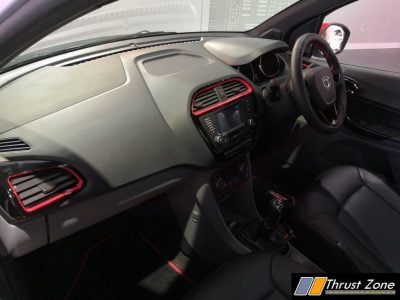 The side skirts and a mild body kit are also the other visible tweaks that has set the sportier Tiago and Tigor from their daily versions. The funky alloy wheels take up the responsibility of completing the appeal of the vehicle, yet the main focus is to preserve the comfortableness of the ride. It is very much unusual that Tata will increase the size of the Tigor’s 15-inch rims. It also being stated that the Tiago Sport could make its choice to the larger 15-inch rims, which is currently not provided on the conventional car.

Also, without any second thoughts, the stance of the cars will be helped and brought down as lower suspensions. And also, the Tata Motors and their partner Jayem Auto, which is doing the improving duties, and it is also making sure that the car is moving out with a revised suspension package in order to fulfill the requirement of stiffer springs for a more enthralling fell of driving Eventually, the ground clearance is anticipated to be slightly lower than the standard cars. The Tiago and the Tigor Sports are being powered by the 1.2-litre, three-cylinder, turbo-petrol unit from the vehicle, Nexon. The ultimate power and torque magnitudes for the sportier Tiago and Tigor si clearly amazing. It does end up producing 110hp and 170Nm in these applications. 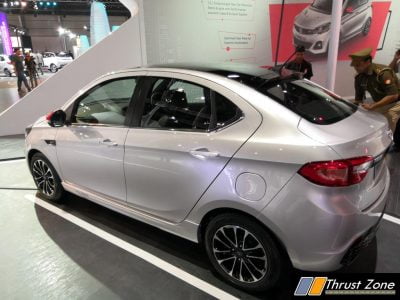 The Tiago and Tigor Sport will also come with the very same six-speed manual gearbox of Nexon. Funkier colour themes, and more classy materials and along with bespoke detailing, which essentially differentiates these cars on the inside as well is here. Till now, there hasn’t been any confirmation as to when these cars will hit the market for sales purpose.