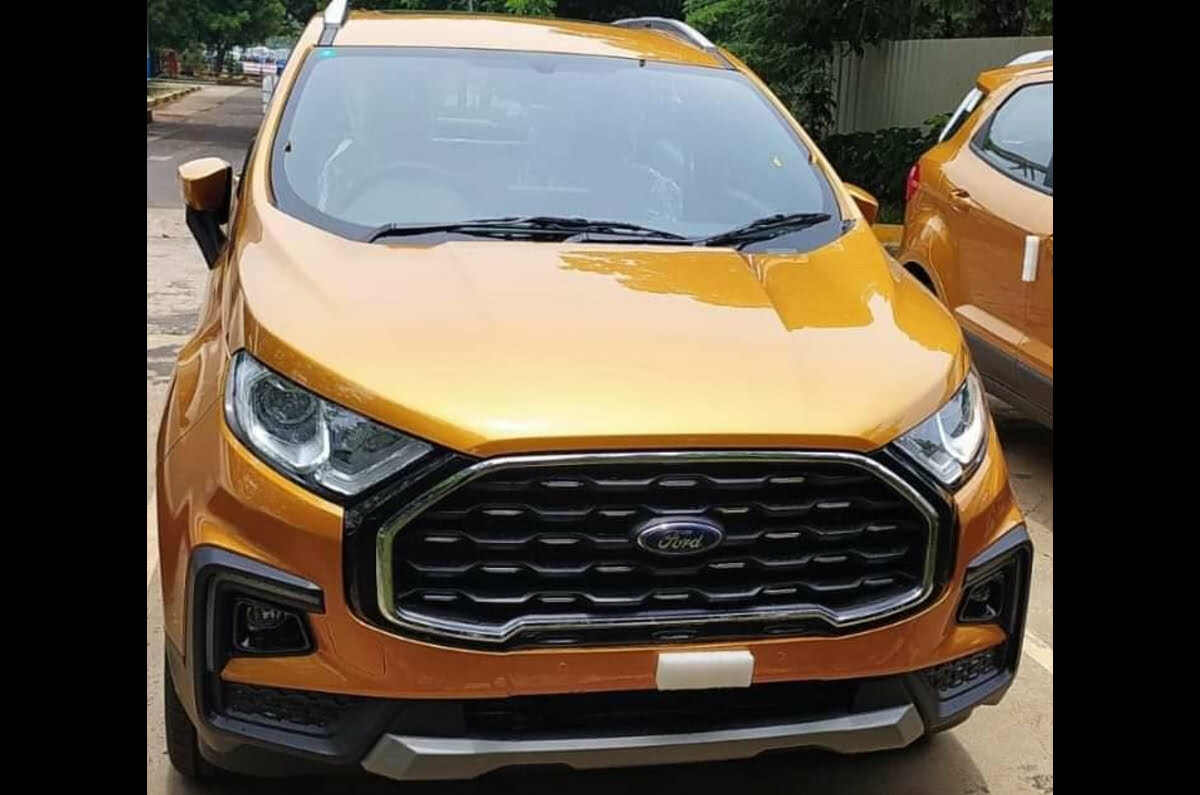 The Ford EcoSport has been around since 2013 and while it really popularised the subcompact SUV segment, it is now showing a bit of its age. That said, we do think it remains one of the most relevant SUVs in the segment and still matches neck-to-neck with the newer rivals. Thankfully, Ford does understand that in order to keep the EcoSport afloat they will need to bring more timely updates. And so, a major facelift for the SUV is being planned that will arrive later this year. The 2022 Ford EcoSport facelift was also spotted testing recently and now it has reached a dealership ready for launch!

The 2022 EcoSport gets a reworked front design that mimics the Ford Endeavor. This includes a new nose and grille, while the big update will be the revised bumper with the triangular fog lamp housings. This will also integrate the angular LED DRLs that will double up as turn indicators. The headlamp design is likely to be tweaked as well to give the model a fresh look. Changes to the side and rear seem minimal and we expect Ford to continue offering a full-size spare variant and one without the spare wheel on the updated version. 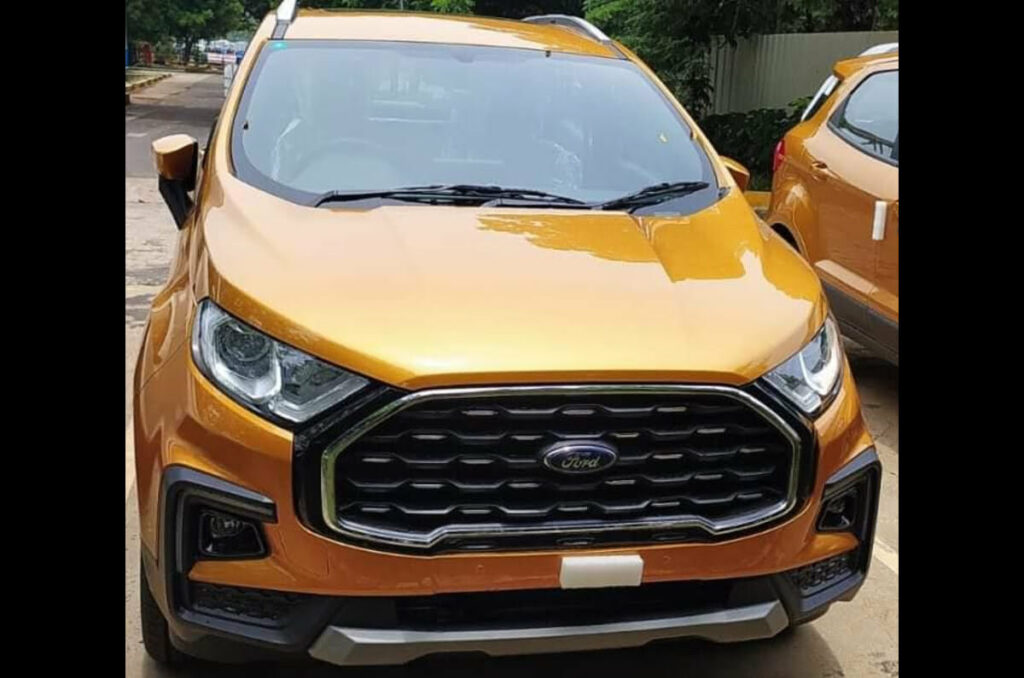 Inside, the cabin is likely to pack more features including an updated infotainment system, new upholstery and more. The 2022 EcoSport facelift is likely to draw power from the same engine options including the 1.5-litre petrol and diesel engines. Transmission choices will include both manual and automatic.

The Ford EcoSport was expected to get similar engines as before. Expect the 1.2 AT and MT along with 1.5 diesel MT. Diesel AT could be a surpris now or in the future, we cannot confirm it yet. The 2022 EcoSport facelift will continue to compete against the Kia Sonet, Hyundai Venue, Tata Nexon, Toyota Urban Cruiser, Nissan Magnite, Maruti Suzuki Vitara Brezza and the Renault Kiger.

Otherwise, it’s now believed that Ford is developing its own compact SUV for India positioned above the EcoSport. Meanwhile, the smaller SUV remains a popular seller globally and India continues to be an export hub for the EcoSport to several markets including the US, Argentina among other parts of the world.