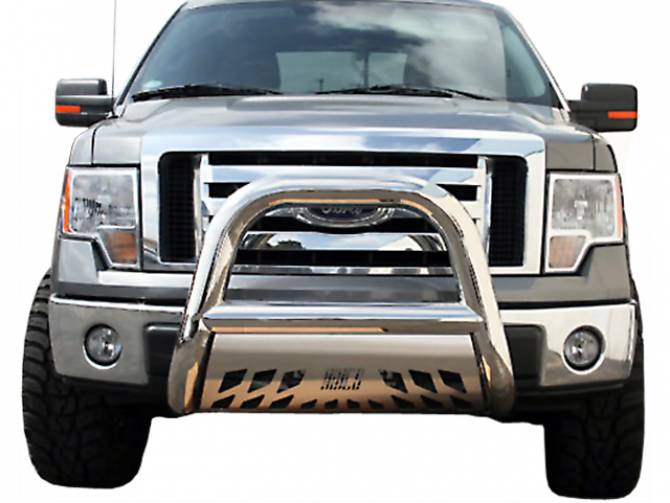 Bull Bar Banned In India with almost immediate effect as they have been a nuisance since day one. This prevents airbag from deploying in major cases

The Ministry of Road Transport and Highways has issued a circular to the state authorities to take action against vehicles that have bull bars and crash guards on them. The cars in questions are usually MPV and SUV’s in the market today. A small number of hatchbacks have the same. A majority of the same can be seen in commercial vehicles regardless of vehicle types.

The circular highlights the fact that under Section 52 of the Motor Vehicle Act, bull bars are deemed illegal and using similar crash guards on vehicles will attract penalties under Section 190 and Section 191 of the Motor Vehicle Act. The ministry has advised state authorities to take strict action against unauthorized fitment of bull bars and crash guards on vehicles.

While bull bars can protect a vehicle’s front bumper from scratches, the damage from high impact collisions can be extensive. Furthermore, bull bars can prevent airbags from deploying leading to injuries to occupants. More importantly, bull bars can cause serious injuries to pedestrians and other road users. Since airbags are going to be mandatory on all cars from October 2018, the need to end the sale and usage of bull bar is highly recommended.

The bull bars end up causing damage to other vehicles more and less to the which has installed and used for all the wrong reasons as well. We recommend readers to spread the word to friends and families asap to avoid fines and using these bull/crash bars with immediate effect. For the first time, a ban in the automotive space is job well done the government and is in the right direction to make motoring great for everyone. We are sure off-roading enthusiasts can find a way out of this as they will be affected by this ban to a certain extent.

Read this too: Read more such news like this here