Car Wheels Made of Ice, Fitted on a Lexus, Yes! You Read that Right! ICE! 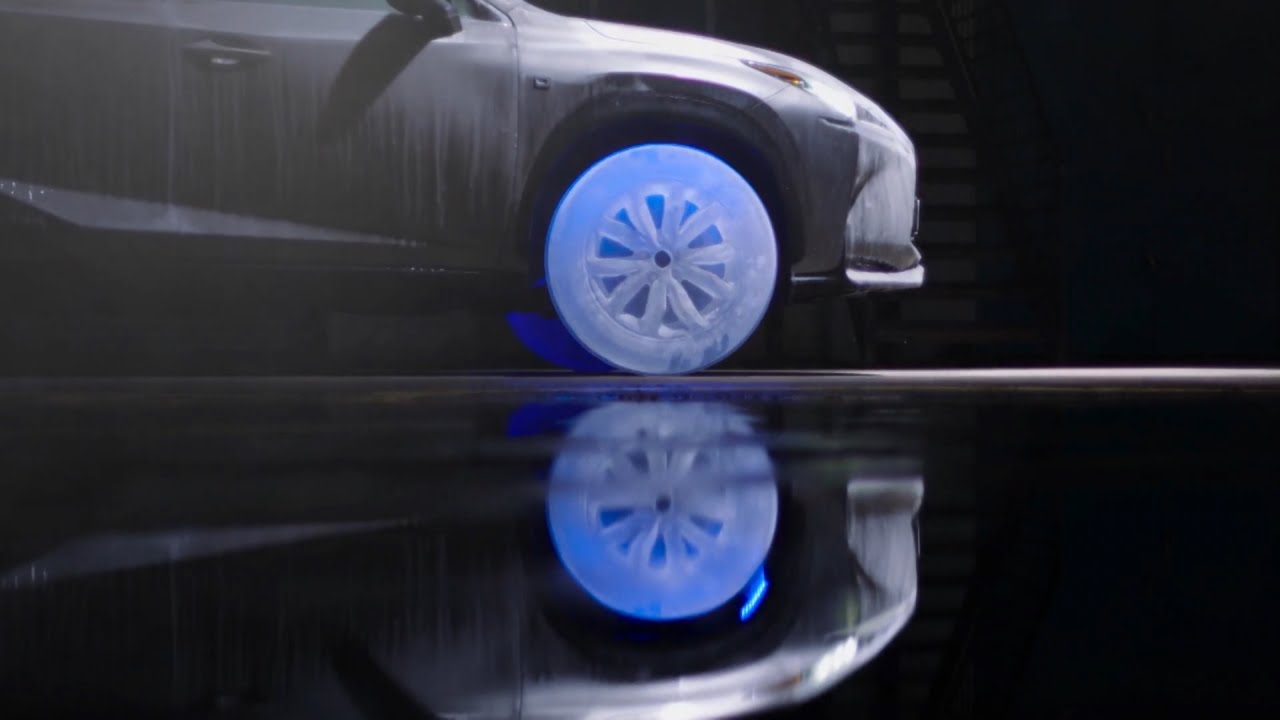 21’st Century is here and we can see various experiments with various things, today we see Car Wheels Made of Ice in ACTION!

There is science behind this. Say the makers and producers of this video. Science channel is known for always showcasing weird talent and this time they chose automotive. So we chose the video to show it to you! Stalkers *ahem* readers of our website! A guy in London is known for making outrageous things out of ice. He calls his job ‘best job in the world’ Guess he likes it so much he never saw other passionate things called Automotive Journalism. Anyways, what has gained attention here is that he has done something for the auto world.

Ice sculptor Jack who stays in London made wheels of ice for the Lexus SUV. They use a CNC machine for making the ice wheels the same way the normal forged wheels of aluminium are made. The ice CNC machine is capable of making 3D and 2D items. In the video you will see the Logo being made is a 2D thing and the wheel itself is a 3D design. So how can ice wheels can support the weight of the entire car? Well they do not. The catch here is that the main mass of the car was held by an acrylic sheet that was totally transparent and were bolted to the car.

So the wheel made of ice did move the vehicle but clever engineering and tricks made sure Car Wheels Made of ice could actually be fitted and the car could go around. The shoot of the car seems to be kept at night, since it is summer time in Europe and London’s heat would kill those wheels in seconds. The speeds of the car were kept low and the car actually did move around. We are not sure how it did perform the rest of the duties such as turning, braking and much more that a car needs to do. We can’t imagine how hard one can laugh when you drift this car and all you will get is water instead of REGULAR SMOKE!

So, what do we think of this? Yea it is “Cool stuff” What do you think of it? Let us know below!