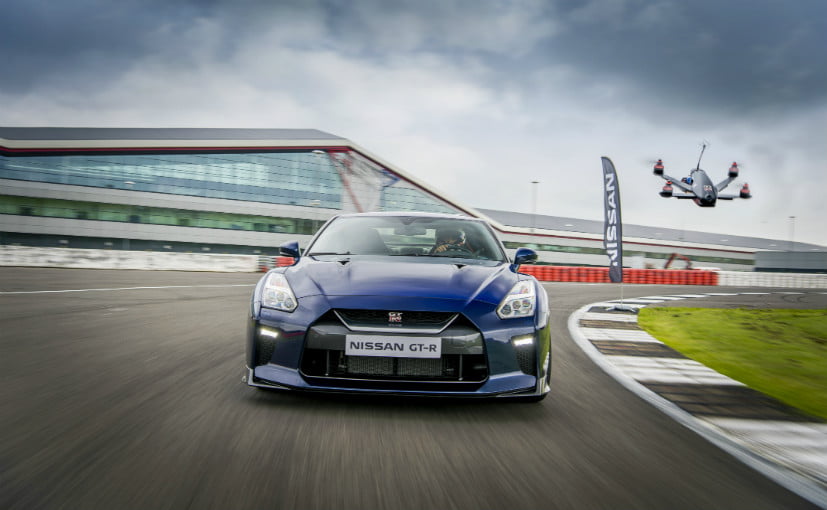 Nissan GT-R Drone has been made specifically to keep up with the GT-R and it is even faster than the car by a huge margin!

Nissan is always known for making things that are unique, technological advance and out of the box. The brand has come out with so many technologies, patent and small ideas over the past that we remember almost each of them. Right from the wireless steering system to the way how the NVH levels of Leaf electric car were controlled. One of the major achievements by the brand were the creation of the GT-R itself.

The car has seen many generations over the past and every single of them have been technologically sound and immensely powerful, giving tough time to super and hypercars. So what does it take it to shoot it on a daily basis, a hypercar as a support car? Nope, drones are in fashion and now the company has made a drone which is faster than the GT-R to make sure shooting the car isn’t a problem and is cheaper to run as well.

The GT-R Drone makes use of a special race-tuned configuration and a low-drag canopy installed which helps do that blistering acceleration of 0-100 km/hr in just 1.3 seconds! Yes, 1.3 is the magical number. To give you an example, many reports suggest that the GT-R does 0-100 km/hr in 2.7 seconds.

However, the real Nissan GT-R CAR gets its power from a 3.8-litre V6 engine. Meanwhile the GT-R Drone is fitted with 4 propellers mated to a 2000kV XNova motor and a race-spec Sky-Hero Quadcopter frame and weighs in at 700 grams compared to the car which stands at 1,725kgs. Odd number that don’t match certainly out do each other in one way or the other. GT-R has the highest top-speed of the both and the drone accelerates even faster than the car! The drone can reach a maximum of 185kmph while the car can do a top speed of 315kmph.

All of this being showcased on the special and renowned course, called Silverstone Circuit in England. The GT-R car was driven by Ricardo Sanchez, the Nissan NISMO division driver. On the other hand, The GT-R Drone was being piloted by James Bowles, who is the 2015 British National Drone Racing Champion. Whatever this is, is pure fun and is available on video. See for yoursefl!

Car Wheels Made of Ice, Fitted on a Lexus, Yes! You Read that Right! ICE!