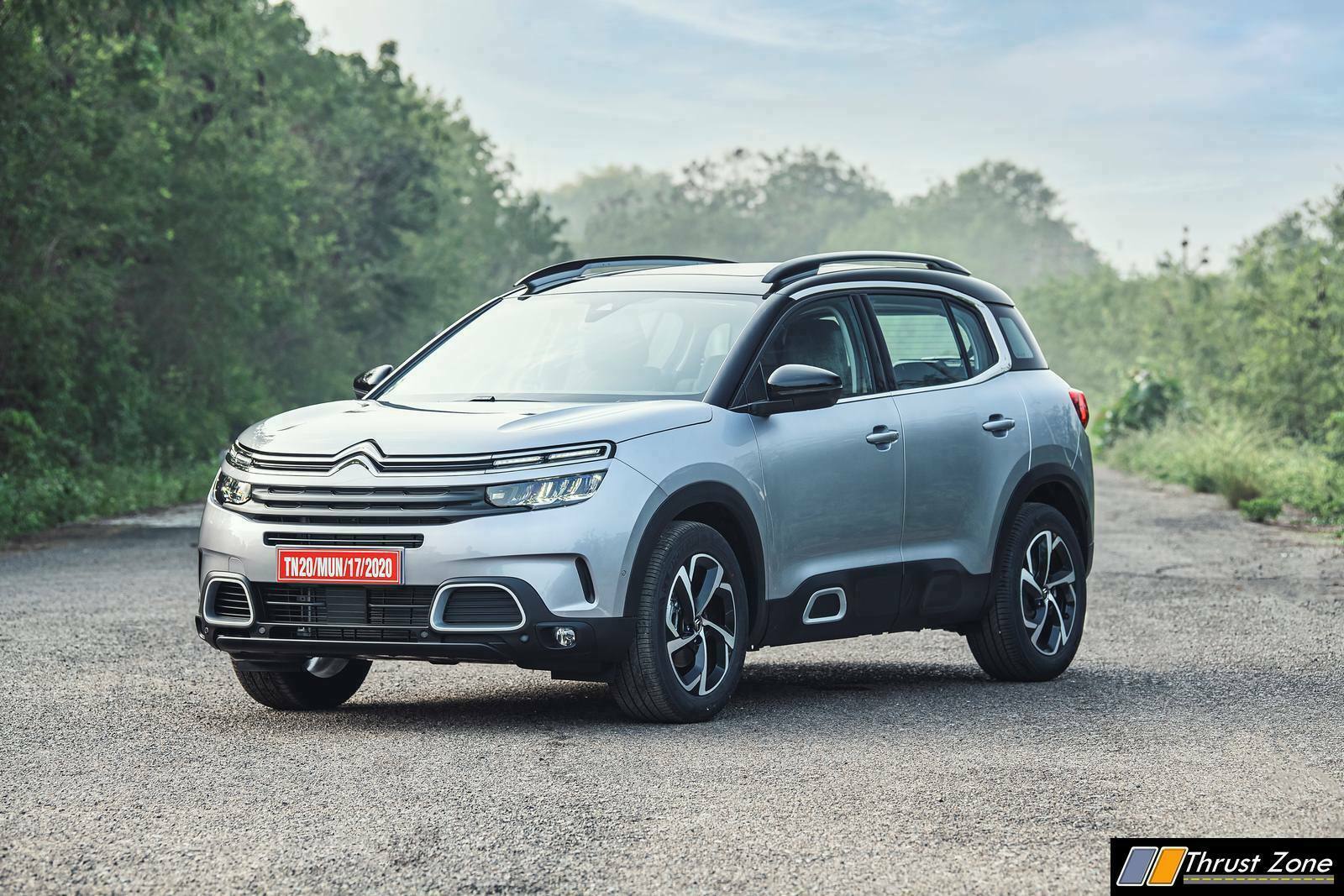 The India-spec Citroen C5 AirCross was officially revealed and we now have a clearer idea of the SUV that will be sold in the country in April. Bookings also have begun for the SUV. The cost to book one is just Rs 50,000. Citroen has also announced a 5 year, 50,000 km warranty if you book the SUV before April 6 2021. Let’s look at the details of the SUV that were realised earlier. We have reviewed it you for as well in the video below.

The C5 AirCross comes to India as a Completely Knocked Down (CKD) kit and commercial production of the SUV recently commenced at Citroen’s CK Birla facility, in Thiruvallur, Tamil Nadu. Citroen is bringing two heavily loaded variants of the SUV – Feel and Shine and the model will compete against the likes of the Jeep Compass facelift, Hyundai Tucson, MG Hector, and the upcoming Tata Safari. Here’s what you need to know about the C5 AirCross.

The Citroen C5 AirCross comes with a traditional design language seen on all Citroen cars globally. The split theme is seen with the front headlamps, and the dual-chrome slat grille, while the black body-cladding extends to the side in that quirky look. The rear gets wraparound tail lights with the signature LED light pattern. The SUV will be offered in four single tone shades – Pearl White, Cumulus Grey, Tijuca Blue, and Perla Nera Black, along with dual-tone black roof option for the former three, bringing the total to 7 colour options. 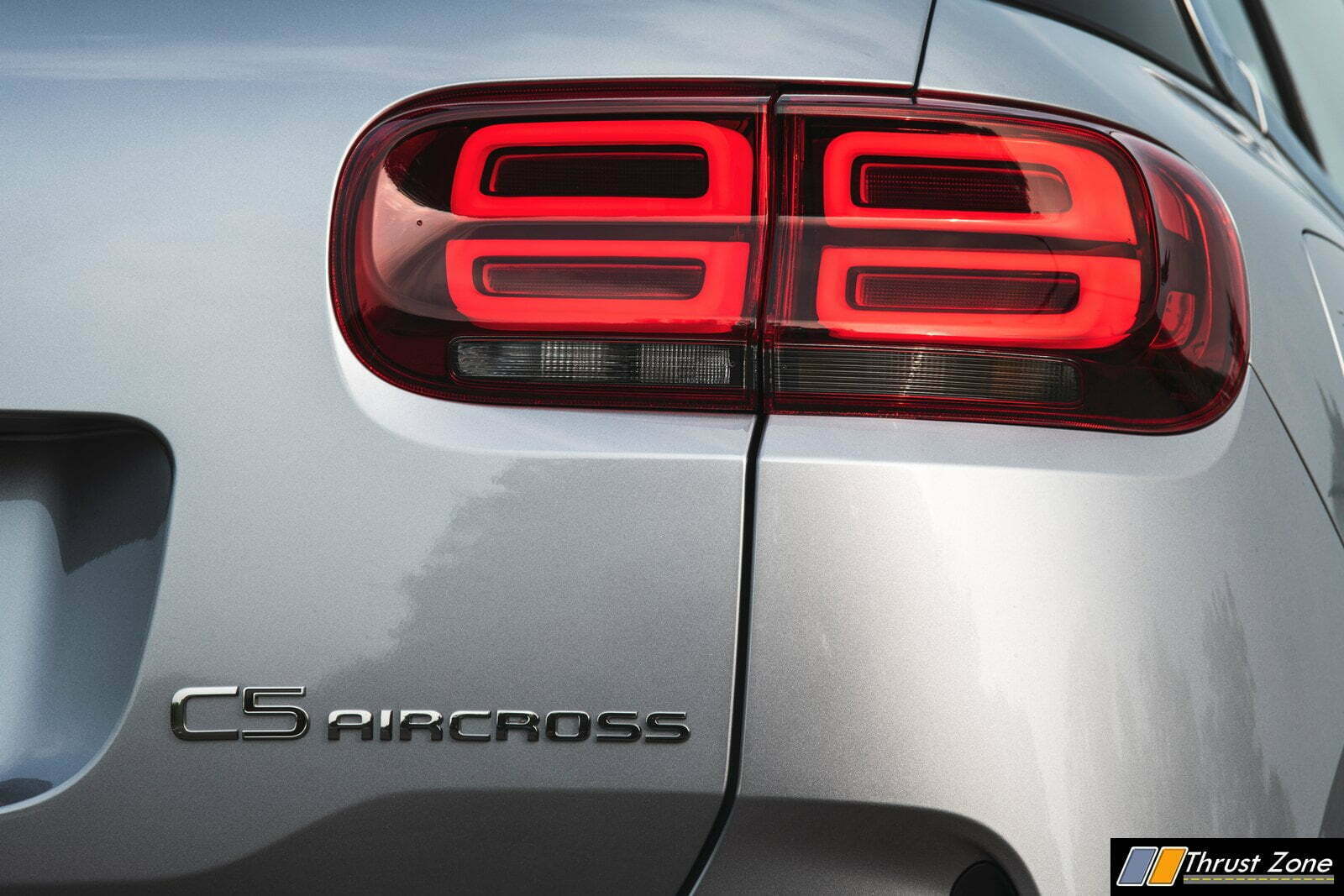 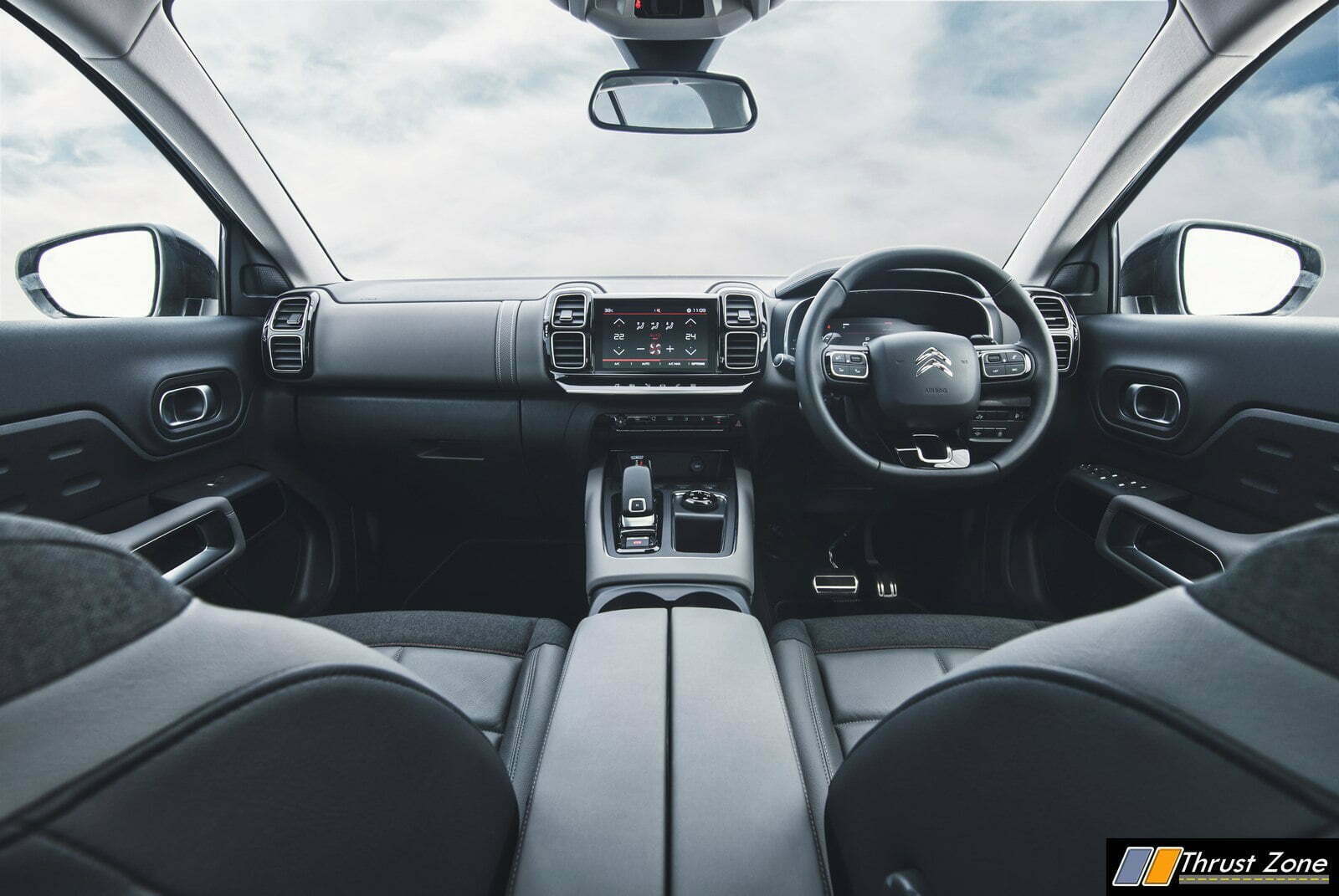 The Citroen C5 AirCross gets a number of features including the LED Vision projector headlamps with LED daytime running lights, ORVM-mounted LED turn indicators, and LED tail lights. The SUV rides on 18-inch dual-tone diamond-cut alloy wheels as standard across both variants. In addition, the range-topping Shine variant gets hands-free electric tailgate, while the standout feature is Citroen’s trademark Progressive Hydraulic Cushion suspension set-up. This gives the SUV its magic carpet ride effect, absorbing all bumps and potholes. 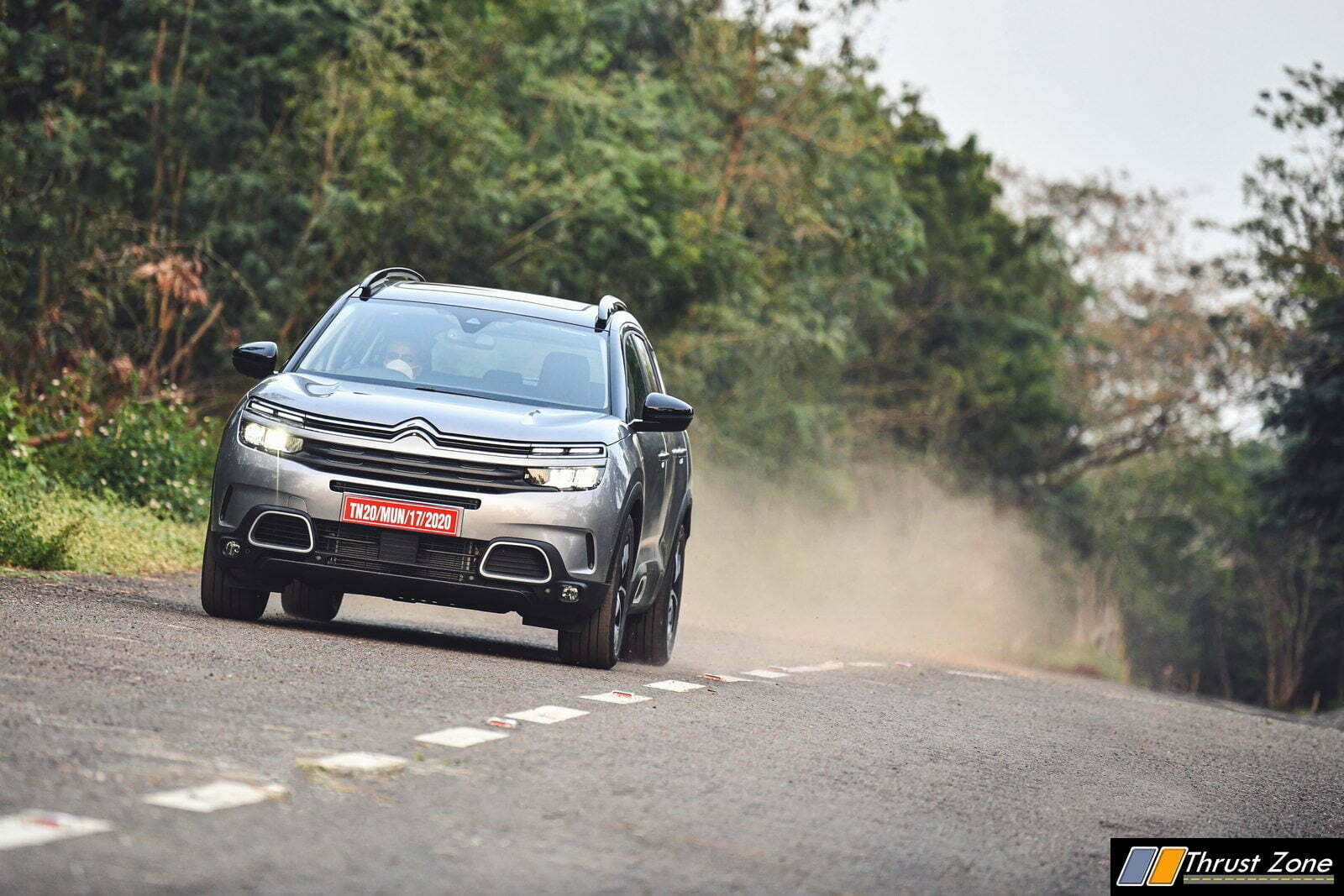 The new Citroen C5 AirCross India specific model will be powered by the 2.0-litre diesel engine on both variants. The four-cylinder motor will produce 177PS at 3750RPM and 400Nm of peak torque at 2000RPM. The motor is paired with an 8-speed automatic transmission as standard. Citroen claims a fuel efficiency of 18.6 kmpl. The SUV also comes with two drive modes – Eco and Sport, and Grip Control as well, which is a terrain selector with five modes – Standard, Snow, All Terrain (Mud, Damp Grass), Sand and Traction Control Off.

The Citroen C5 AirCross is just a few weeks away from launch and it will be positioned at the premium end of the segment. Expect prices to begin from Rs. 25 lakh (ex-showroom) onwards whale deliveries will start soon after the launch.