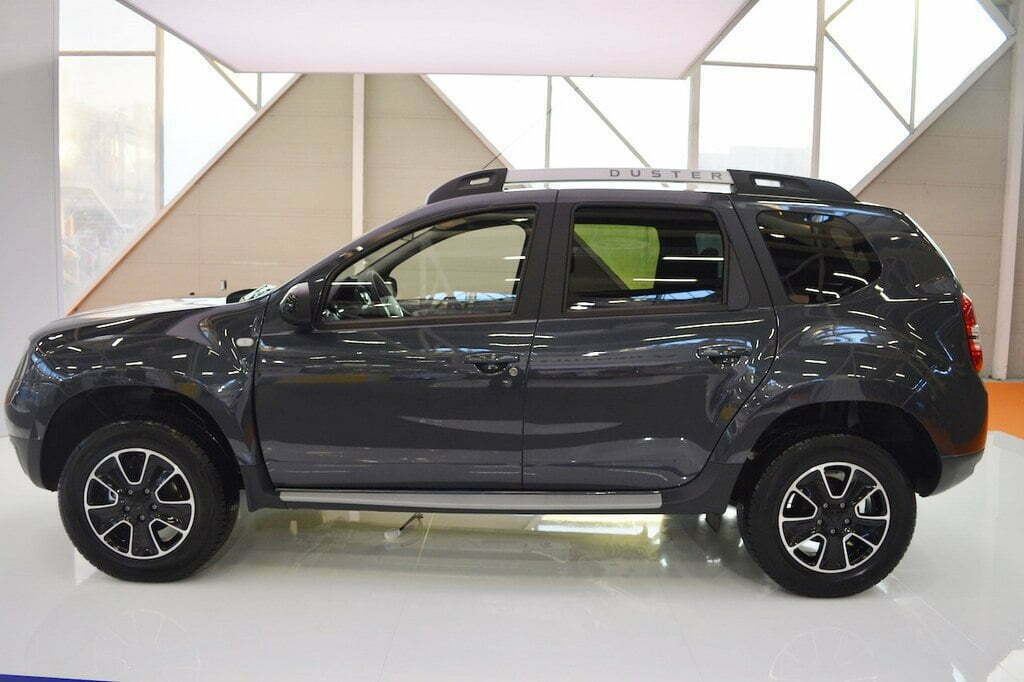 Dacia the original maker of the famous Duster that is sold here in the India by Renault (Parent company of Dacia) has been a huge success wherever it has been launched. Now, as is the industry standard, Dacia has also been keeping the car relatively fresh with regular minor updates and special editions. The latest one in the lines is the just unveiled Dacia Duster Black Shadow special edition model at the on going 2016 Bologna Motor Show in Italy.

The special edition features as the name suggest ample use of black colour. The ORVM’s have a shiny black finish and so does the front grill, black door pillars, skid plates and fog lights that have silver frames. More black follows on with the 16-inch Diamond black alloy wheels while the windows are tinted and the exhausts have nice looking chrome tips on the outside.

The interior also gets a healthy splattering of black with shiny black shade on the centre console which is matched pretty well by dark grey fabric upholstery. You also get reverse camera on the special edition along with the Media Nav Evolution infotainment system with navigation, Aux-in and USB and Bluetooth connectivity. On the engine front, the Dacia Duster Black Shadow gets a number of options as well; you can get petrol, petrol-LPG as well as the usual Diesel mills.

Interestingly, the Dacia Duster Black Shadow will be made available in shades called White Ice, Black Nacre, Grey Comet and Grey Platinum and a new Brun Vison exterior colour. Dacia has set the pricing of the special edition Duster from €15,100 roughly translating to INR 10.82 Lakhs for 1.6-litre GPL petrol-LPG model in Italy. Do you like it and want Renault to offer this in India as well, tell us in the comments section below.

Modified Suzuki Gixxer Wants to Transform and Take on Decepticons