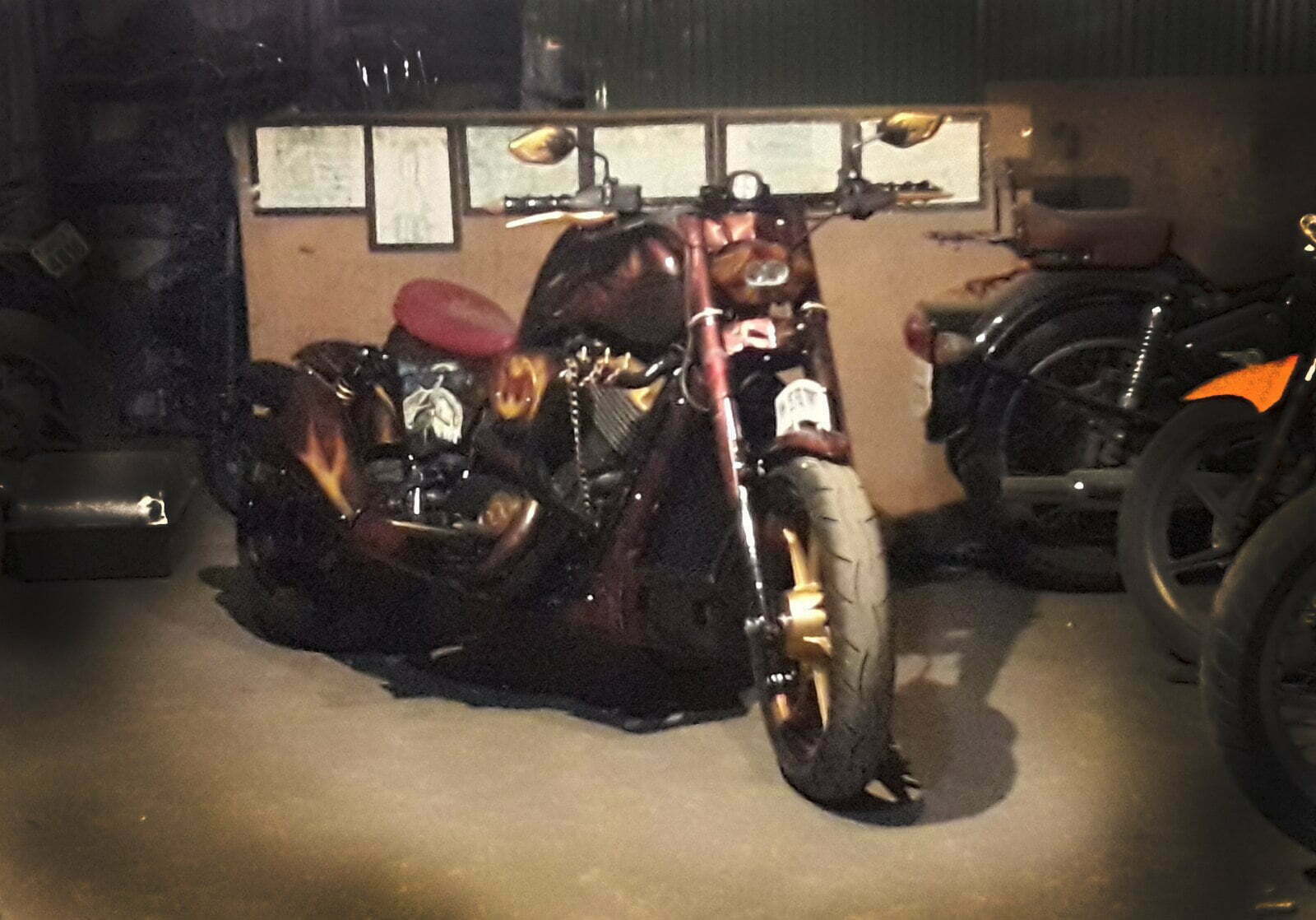 Inspired by Flames, Dragons and Angels simply means its GOT inspired! Not your average Harley Davidson Street 750. The Draga From Dochaki

The bike got it’s identity Draga as it’s inspired by Dragons, Angels and Flames. Having a closer look at the paint, we see a spectrum of colours, from Maroon to a lighter shade and later fading in to orange. The motorcycle is bespoke and depicts fine craftsmanship all over it. 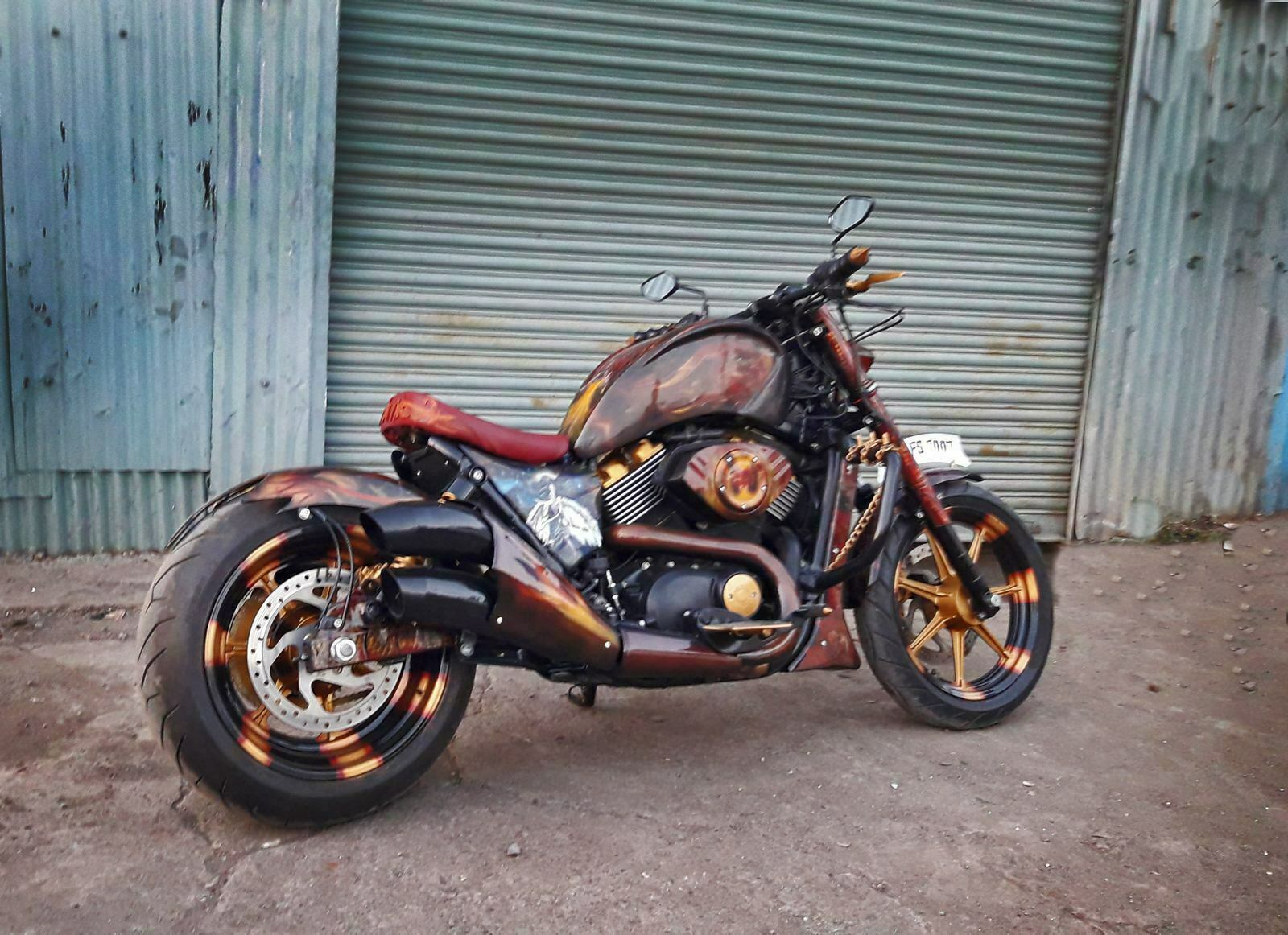 The artistic approach of Dragons, Angles and Flames has been carried throughout the motorcycle , from the fuel tank to the leather quilted seat and the exhaust cover and the rear fender. Even the most minutes details have been given equal attention. The swingarm is also painted like every other part on Draga. Here the rather tricky part is the exhaust, as we see a dual outlet exhaust on the motorcycle whereas the stock motorcycle has only one. The foot pegs are replaced from the tiny bar like pegs to larger and broader foot rests giving a sense of comfort.

Read this too: More from Dochaki

–
Everything you see on the motorcycle has been twitched here and there, from the chain sprocket set to gear lever, the brake and clutch levers, the handle bar. The only thing that might bother is that Draga has only one seat and that means you cannot have a pillion behind you. But overall the motorcycle is for sure a looker. Just so you know, Dochaki is a pune based custom house has been churning out great stuff over these years, this one takes it to the next level.