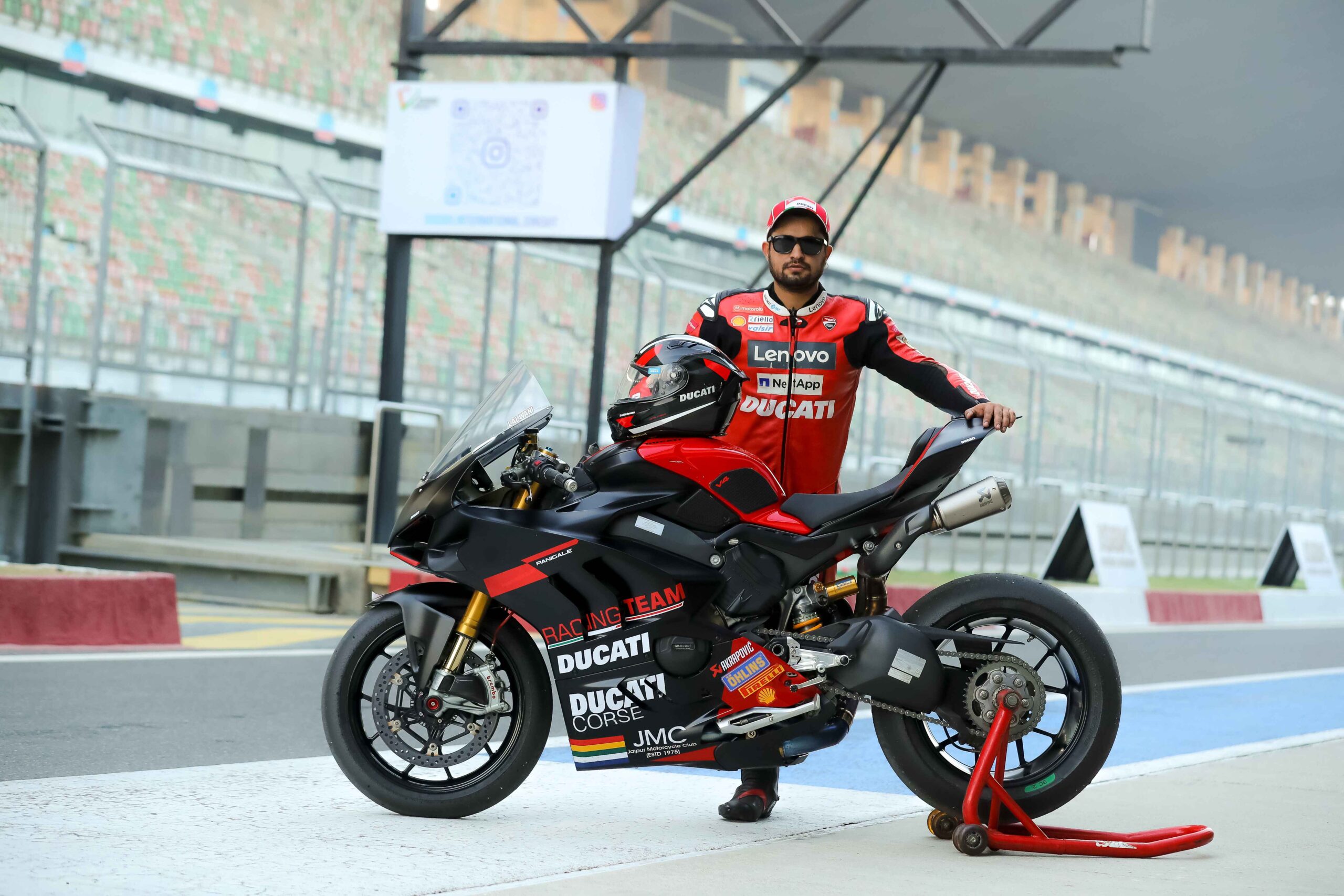 Ducati India Rider and Official DRE Instructor, Dilip Lalwani set a new record for the fastest lap around the Buddh International Circuit, on a production bike when he put in a hot lap on Sunday during the ISBK Track Days event, which was held on 26-27 November, 2022. Dilip was riding the all new Panigale V4 2022 and set a fastest lap of 1:55:963, beating the time set by Ducati’s official test rider Alessandro Valia who clocked a fastest lap of 1:56:316 during the DRE Track Days event held in 2018.

The Panigale V4 2022 represents the last step in the characteristic path of the Borgo Panigale sports bikes and it takes life from Ducati Corse’s long-time experience married to continuous knowledge and technology sharing from the world of racing directly to production bikes. The heart of the bike is represented by the MotoGP-derived 1,103 cm3 Desmosedici Stradale, which has also undergone a series of updates. The new engine is combined to a new silencer and new oil pump.

Thanks to these modifications along with dedicated engine calibration, the Desmosedici Stradale sees its maximum power increase by 1.5 hp achieving 215.5 hp at 13,000 rpm and also delivers a torque of 123.6 Nm at 9,500 rpm. It also provides the rider with a torque of over 100 Nm starting from 6,000 rpm. One of the most distinctive innovations introduced in the 2022 engine is the adoption of a new gearbox that provides for a lengthening of the ratios for the first, second and sixth gears. This type of gear ratio is Panigale V4 R-derived – ridden in SBK World Championship – which results in with ratios more suitable for on-track use and racing activities.