The iconic Italian motorcycle maker, Ducati has been one of the most loved brands all over the world. However, its Indian inning initially met with a few obstacles but now the company has set its feet firmly into the ground. Signalling its growth path Ducati India has just announced that it has crossed the 1000 unit’s sales mark in the Indian market. Clearly the most successful year for Ducati in India had been 2016 when they managed to sell 580 units from their small dealer network. Though 2016 was a year where mostly the Delhi dealership was online throughout the year, Ducati has already expanded to five cities including Bangalore, Pune, and Ahmedabad now.

Ducati India states that it has grown by 18% in a market that grew by just 4.6% last year. This meant that Ducati now has a 7.7% market share in the premium motorcycle market of India as against 6.4% last year.  Without any doubt, it is the Multistrada here as well that is getting a huge response like everywhere else in the world. The gorgeous ADV bike enjoys a dominant 89% share in its category. To continue this momentum, Ducati India will be launching as many as 5 new models in 2017 in the market. These new launches will include the entry-level Monster 797 and the gorgeous 959 Supersports along with the new Scrambler models, Enduro and Cafe Racer. 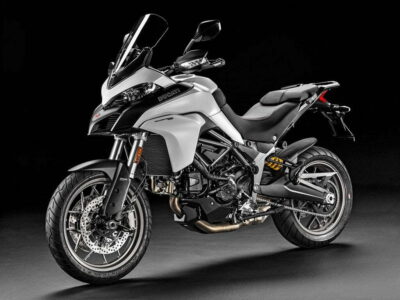 Regarding its milestone, Ravi Avalur, Managing Director of Ducati India said: “Our growth has confirmed Ducati’s ability to excite the Indian market. In 2017, we will have a robust network of ten dealerships across the country. The Ducatisti community is also growing with three Desmo Owners Clubs operational and two more in the pipeline. We’re looking forward to a great 2017 for Ducati.” As Ducati continues on the sales path for Indian market, it is its Diavel models that are driving its sales. The Diavel Dark and Carbon, accounts to 16% of Ducati’s sales in the Indian market. On the other hand, the Scrambler by Ducati has managed a 38% growth over 2016 numbers.

The Ducati Monster also contributed in 19% Ducati India’s sales while the stunning 959 Panigale brought in impressive 12% of the sales. Interestingly, the baby Panigale deliveries only began in July 2016.  The superstar as already discussed was the Indian premium Adventure motorcycle segment king, the Multistrada which enjoys a 89% share in the segment that grew by a staggering 127% in 2016. Including the above mentioned, the recently launched XDiavel, Multistrada 1200 Enduro, Hyperstrada 939 and Hypermotard 939 have also contributed to the Ducati sales. With a great year in India, Ducati also witnessed its best ever year globally as well. It delivered 55,451units across the globe during 2016.