Eight Features the Audi A8L Has – Know Them in Detail! 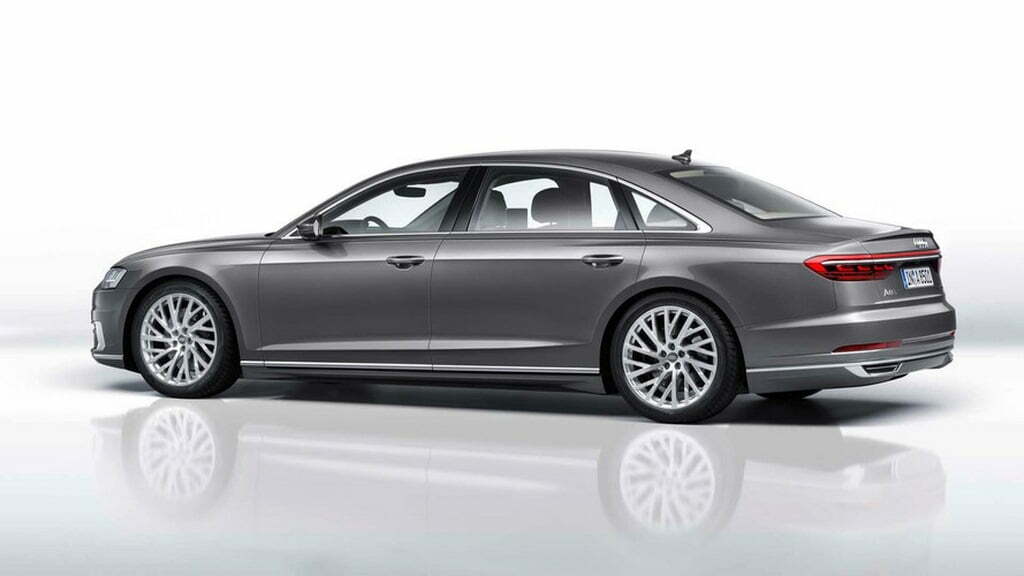 Eight Features the Audi A8L are being highlighted below. The sedan makes its debut in India and goes against the likes of many heavy weights in the segment.

I: First things first: Mild-hybrid technology for even greater efficiency: the drive systems

The new Audi A8 L will be launched in the Indian market with a V6 3.0 TFSI motor. The engine is also equipped with mild-hybrid technology: a belt alternator starter (BAS) and a lithium-ion battery with 10 Ah electrical capacity. The new Audi A8 L can then coast at speeds between 55 and 160 km/h with the engine off. As a result, the vehicle can then travel with zero emissions for up to 40 seconds.

II: New line for the brand – exterior body and design

Sporty elegance, sophistication and progressive status – the exterior design of the Audi A8 L marks the start of a new era for the entire brand. The front with its broad, upright Singleframe grille, the flowing and muscular body design and the rear with its full-length light strip radiate a powerful presence. The new A8 L is 5.3 meter long, 1.95 meters wide and 1.49 meters tall.

Dynamic all-wheel steering – Audi has rethought every aspect of the chassis of its new flagship. Revolutionary technologies and control systems make it even more comfortable, sporty and safe. At higher speeds the Rear wheels turn in the direction of the front wheels to enhance lane changes and at lower wheels the rear wheels turn in the opposite direction. This helps in reduction of the turning radius of the Audi A8L thereby making it agile in the city and crowded parking spots.

The tech-loaded Audi A8 L is equipped with the Air quality package. It takes interior air quality to a whole new level. Two ionizers charge the air molecules electrically with negative ions. These anions attract dust particles so that they form mini clusters that fall to the floor and so are not inhaled. The combination filter in the four-zone automatic air conditioning binds a majority of the gases and particulates. It also renders allergens and microorganisms harmless.

Fragrancing provides for a subtle, pleasant smell by adding slight amounts of an olfactory agent to the air flow from the air conditioning system. The instrument panel conceals two vials of highly concentrated oil evoking optional a hint of summer and winter fragrances. The high quality of the fragrances is due in part to their above-average content of natural substances. The fragrances are stable even in extreme heat or cold, and are entirely safe for people, animals and materials. 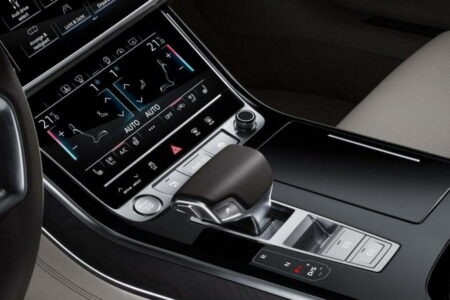 The Audi A8 L, Audi boasts a high quality, revolutionary operating concept. The A8 L dispenses with the rotary/push-button control and touchpad of its predecessor – MMI touch becomes MMI touch response. At the center of the instrument panel is a 25.65 cms (10.1 inch) touchscreen display which, when off, blends almost invisibly into the high-gloss black surround thanks to its black-panel look. When the system is started, the user interface appears which features new, concise graphics. The menu structure is intuitive and flat, as with a modern smartphone. The user can freely arrange the icons according to their importance.

The interior of the A8 L resembles a lavish, spacious lounge. The interior has been deliberately reduced in form, and its architecture-oriented strictly horizontally. In darkness, contour and ambient lighting elegantly outlines the striking design lines. New for the rear compartment are precisely controllable Matrix LED reading lights from the Rear Seat Remote Control. The range of equipment and materials is extensive, with every detail radiating superlative bespoke quality – from the perforation in the seat upholstery to the electrically opening and closing decorative shutters on the air vents and the satiny leather of the comfort head restraints. 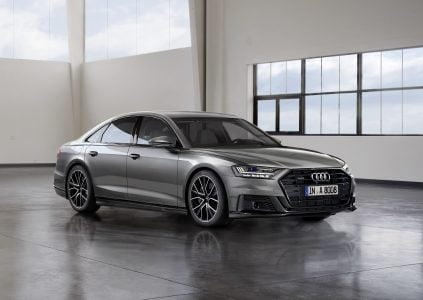 The most elegant place in the new Audi flagship is the rear left-hand seat. Available on the Audi A8L is a relaxation seat which features a host of options for adjustment and massaging as well as a footrest on the backrest of the front-passenger seat with a luxurious Foot Massager. The Foot massager is adaptable to Small, Medium and large foot sizes and includes various intensity levels and heating.

The Rear Seat Entertainment system comprising two Audi tablets, and the Rear Seat Remote. Rear-seat passengers can use the touch control on the Rear seat remote to run numerous convenience and infotainment features as well as optionally make discreet phone calls. The Rear Seat Remote with its OLED display is approximately as big as a smartphone and can be removed from where it is stored in the center armrest.

Spark The New – Not Just A New Tag Line From Mahindra Electric !