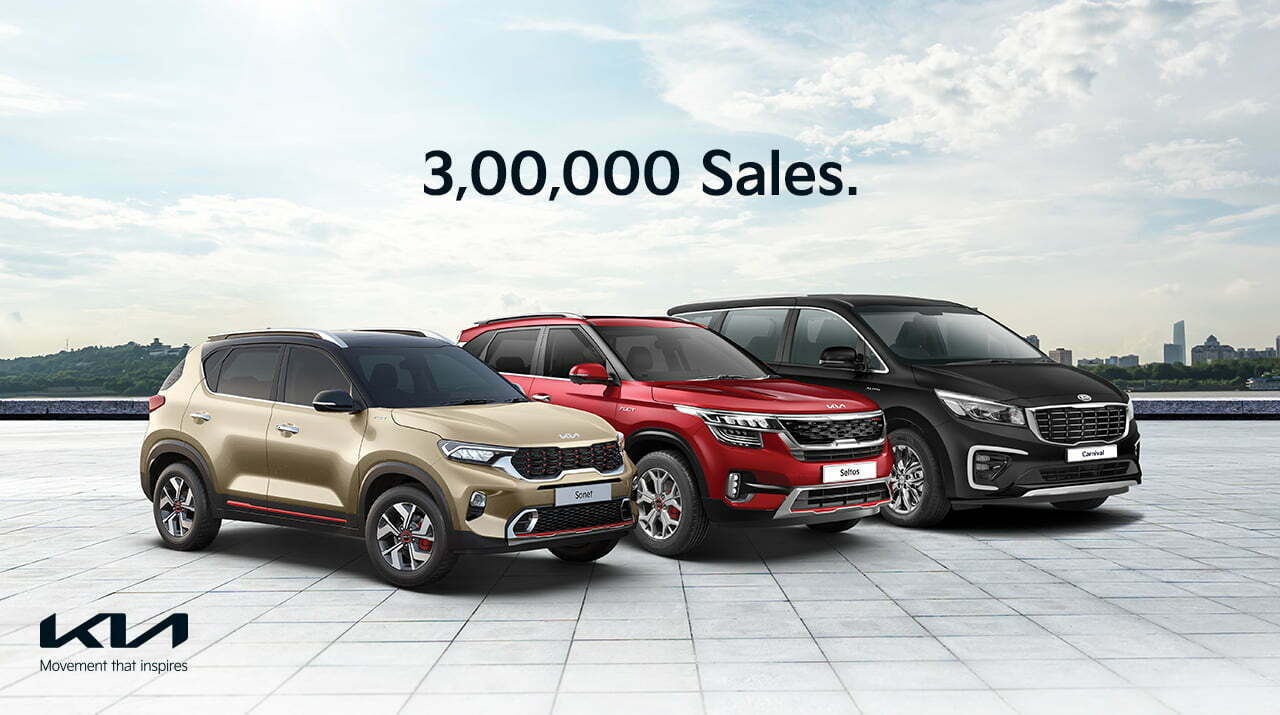 Kia India, the fastest-growing PV maker of the country, became the quickest brand to achieve the 300,000 sales milestone in the domestic automotive market. The brand crossed the first one lakh milestone in July 2020, the next one lakh in January 2021, and the third lakh in August 2021. Notably, Kia India achieved the first one lakh unit sales in 1 year and clocked the latter two lakhs in the same amount of time, signifying the high adoption rate of Kia cars amongst Indian customers.

The flagship product of Kia India, Seltos, remains the highest contributor with 66% share while Sonet added 32% to the sales. The brand sold 7310 units of its premium offering, the Carnival.

Since its entry in India, Kia focussed on narrowing the gap between affordability and luxury, with a wide choice of variants per model at an optimal price range, giving the brand vast market acceptance. With time, Kia has developed a robust network in the country. The brand aims to expand its footprint from the current 300 to 360 touchpoints, covering 90% of the Indian market, including Tier III, IV, and upcountry markets. In line with the recent brand transformation, Kia has announced a number of industry-first customer-centric initiatives targeting unmet demands of new-age, discerning consumers. Remarkably, the brand has led the digitisation wave of the Indian automotive industry, offering its customers the end-to-end digital sales process since the start of its sales operation. The brand has successfully created a Phygital framework wherein digital channels complement the efforts of its dealer partners.

The Seltos becomes the 300,000th car to roll out from Kia’s state-of-the-art manufacturing facility in Anantapur, which employs over 13,000 employees. Over the last two years, Kia has invested over USD 2 bn., inclusive of the vendor park created near the plant, which is a testament to the company’s commitment to the Indian market. The Anantapur plant is Kia’s most advanced production facility, equipped with over 450 robots & Artificial Intelligence and environment-conscious techniques such as 100% water recycling.

Mahindra Bolero Neo Plus Could Be On The Cards For A Launch!