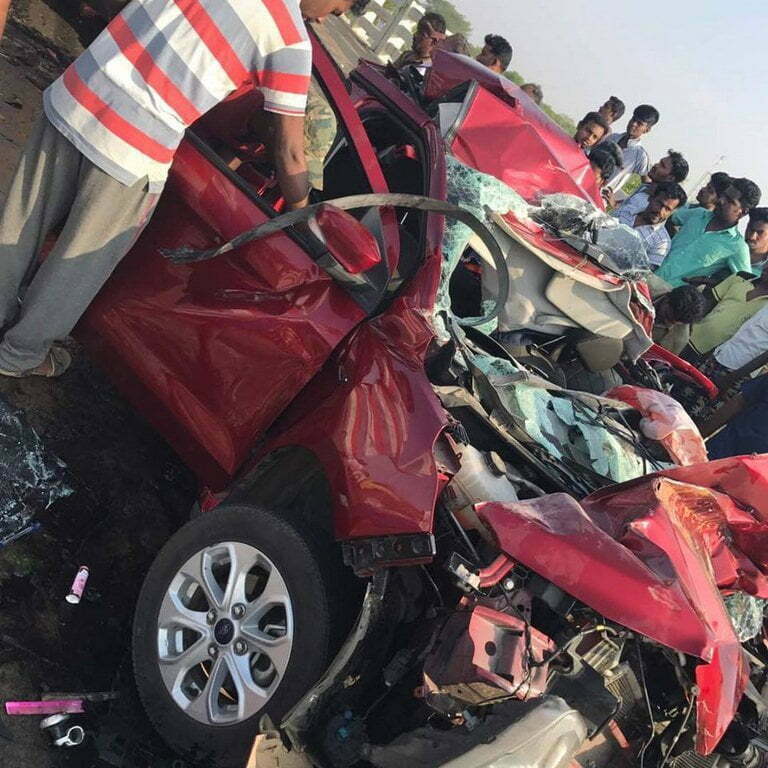 Ford Aspire Crashes after being crumpled between two trucks. We assume this is the six airbag variant of the car

India as a country is riddled with stories of accidents happening every day around the country. Some make it to the top but most of them do not. While some accidents are serve and some are not they leave a scar on the list of accidents that happen every year which makes our country the most prone to accidents. The number accidents per day number has been decreasing but still it continues. Number of causalities and deaths have reduced marginally thanks to newer and better cars coming in.

We recently told you that that crashed before launch was the Maruti Dzire but the news about everything else was kept away from the media. However, today, this is not something you see or hear everyday but this is good and bad news at the same time. The Ford Aspire met with a crash which Happened at a single road connecting Madurai and Thirunelveli highway. This 25 kms connecting road has said to have some sharp turns riddled with a lots of potholes. Hence local reports suggest that a common sight is to see even heavy vehicles swerve sharply to avoid those craters. 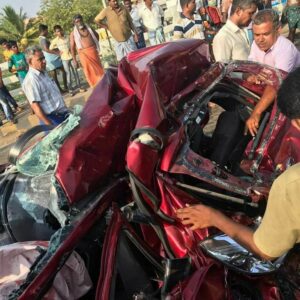 In this particular case, there was this Ford Aspire following a container lorry which braked hard to avoid a cyclist. The Aspire is said to have stopped well in time, but the container which followed the car could not stop in time and car got crushed between two containers. As brutal and disturbing as it sounds, all 5 of the adult occupants survived this crash with just minor injuries.

We assume this car came with six airbags and we are glad to hear this new. What is being said by locals when they reached the spot is that the most important part, which is wearing a seat belt wherever you sit in the car, was followed by all passengers and along with the six airbags saving lives. We conclude by saying what we always do, drive safe and look around!