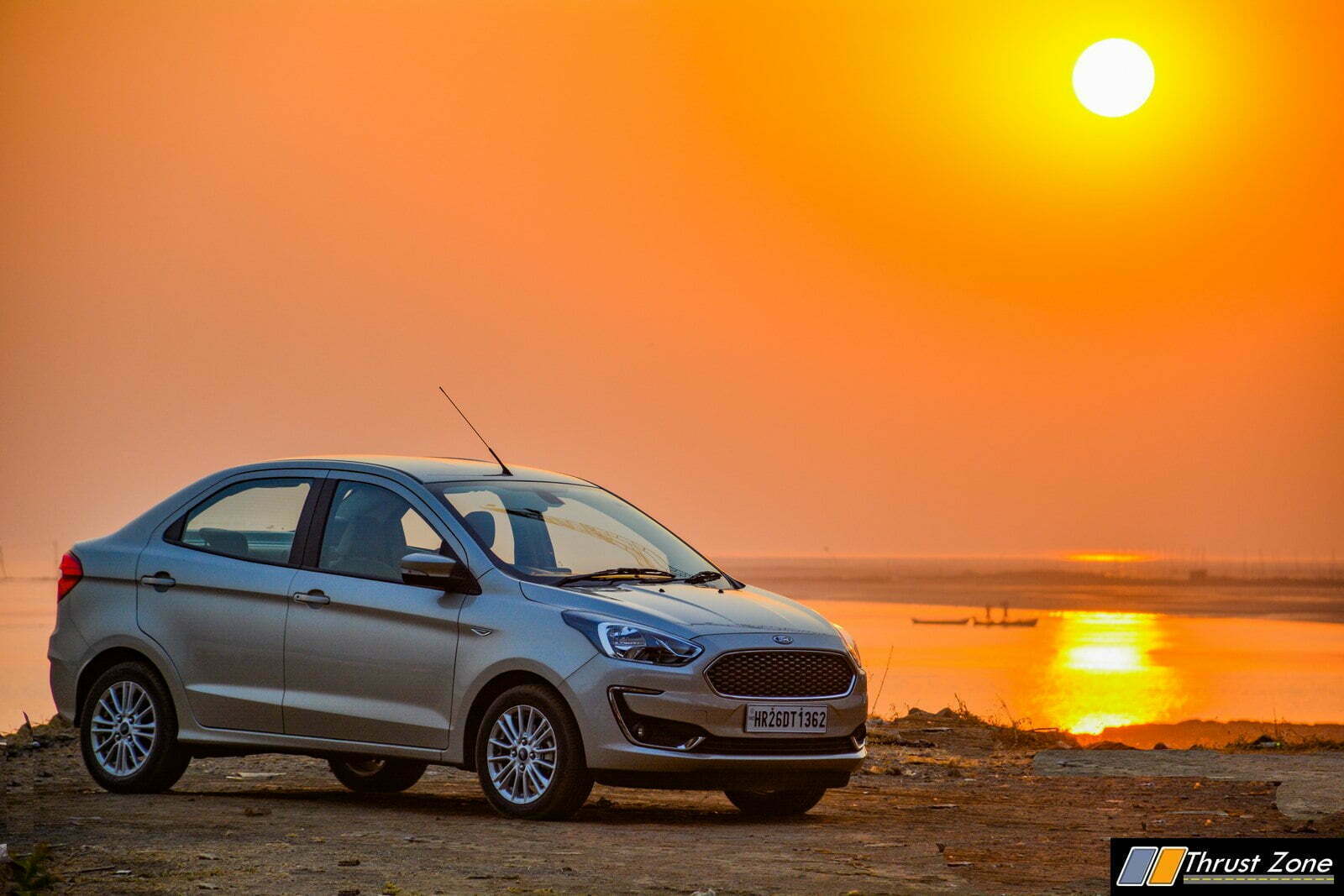 Ford is the talk of the town around the world. The manufacturer has taken drastic steps to make itself cost effective which includes getting more SUV’s in the market, removing sedans, building new platforms, tying up with manufacturer and more recently downsizing in some parts of the world. However, India strategy is a bit different. Concentrating under the sub four meter mark has led them to gain some momentum with the same products in new avatar. The Aspire is one such product which was launched in 2015. 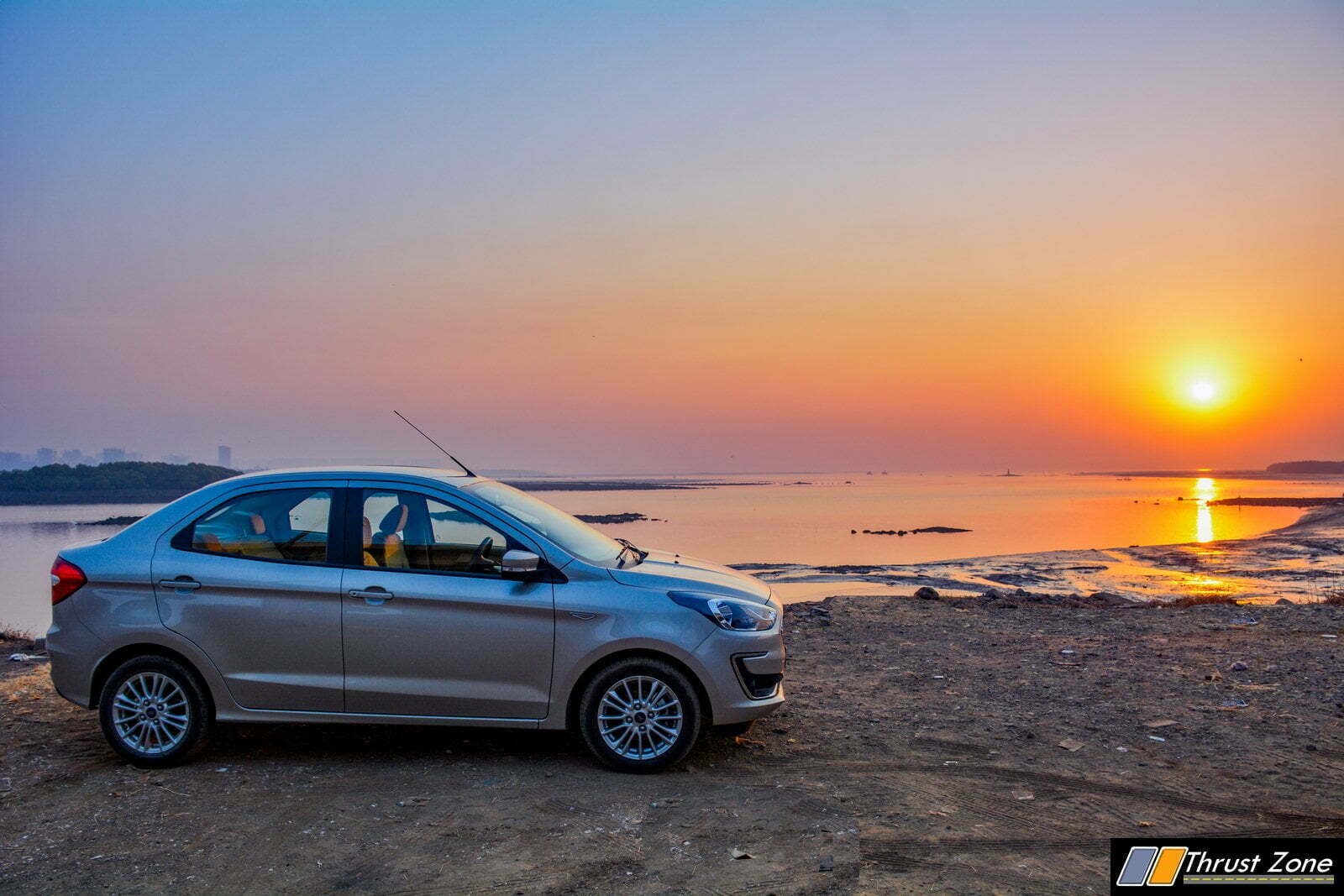 Facelifted for 2018, it does come with a host of changes which were necessary as in the last three years, customers continue to get more demanding. What are those changes. We told you about them in the first drive review. Today we road tested for petrol and diesel units of the Aspire to tell you to reaffirm our first impression and also let you know a bit more. Ford has changed the design elements to a bare minimum as the headlights are blackened out, the rear and front bumper have faux vents and c-shaped fog lamp area respectively. The grille is all new and the alloy wheels are bigger and new design which does make it a good change, but it could have been more. 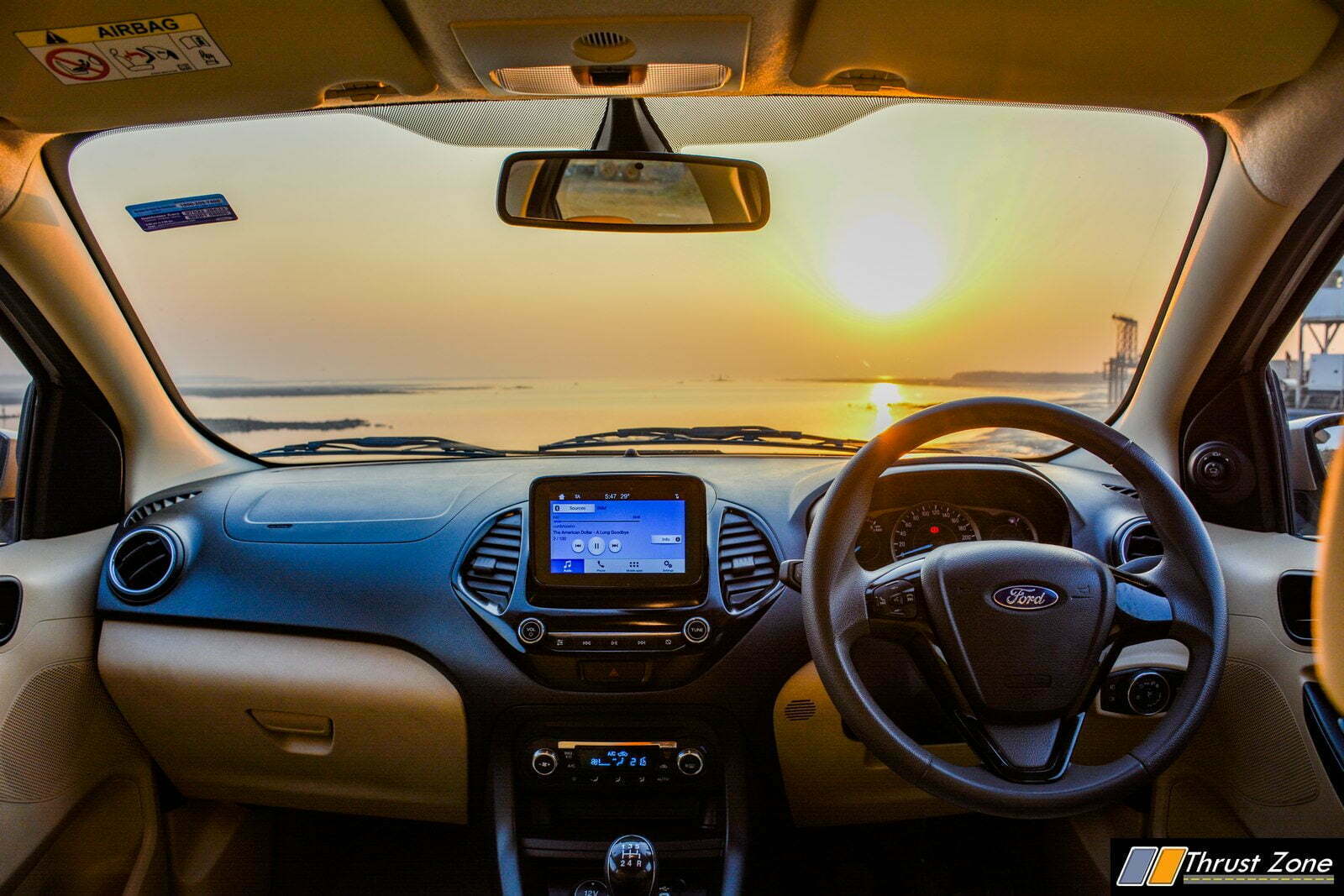 Interior gets the same amount of (adequate) space in the back when it comes to knee, leg, shoulder and head room. Boot space is good too at 400 litres. Quality and build levels are good all around. What the cabin lacks is something to hold at the door or at the roof because they are replaced with six airbags that is offered with the car. Highlight is the best in class sync system equipped touch screen is fast and effective and even the sound system offers crisp sound quality. 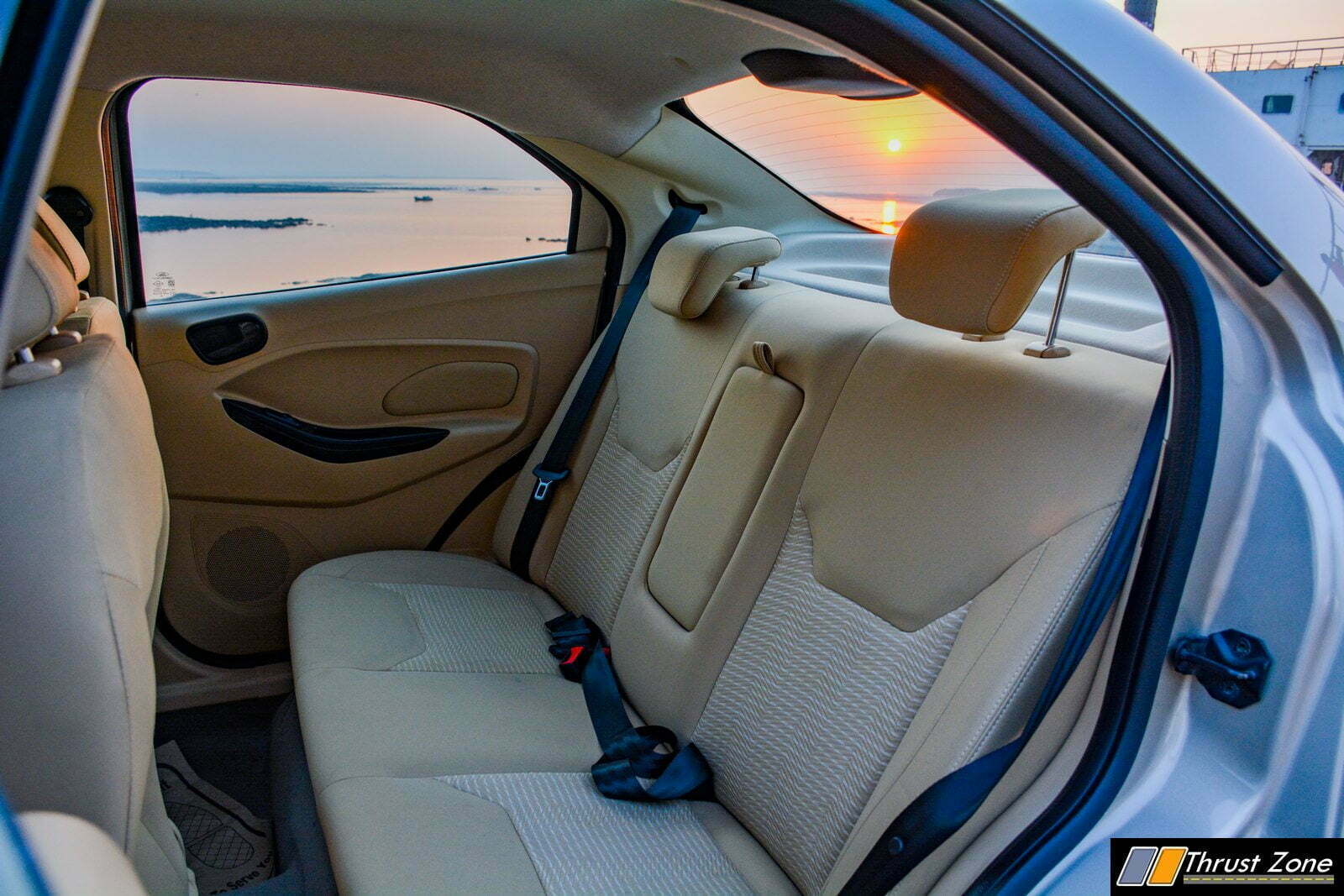 There is android auto, apple car play, electric ORVM’s, automatic IRVM on the inside, a fantastic climate control and air condition system which makes the absence of the rear a/c vents not felt at all no matter how much heat is on the outside. Cabin insulation is good from the engine, road and wind. However, it could have done with a bit more. How about that noise cancellation system from the Endeavour next time, Ford?. It could have done with projector lamps/ LED DRL’s or cruise control, but that seems a story for another day. 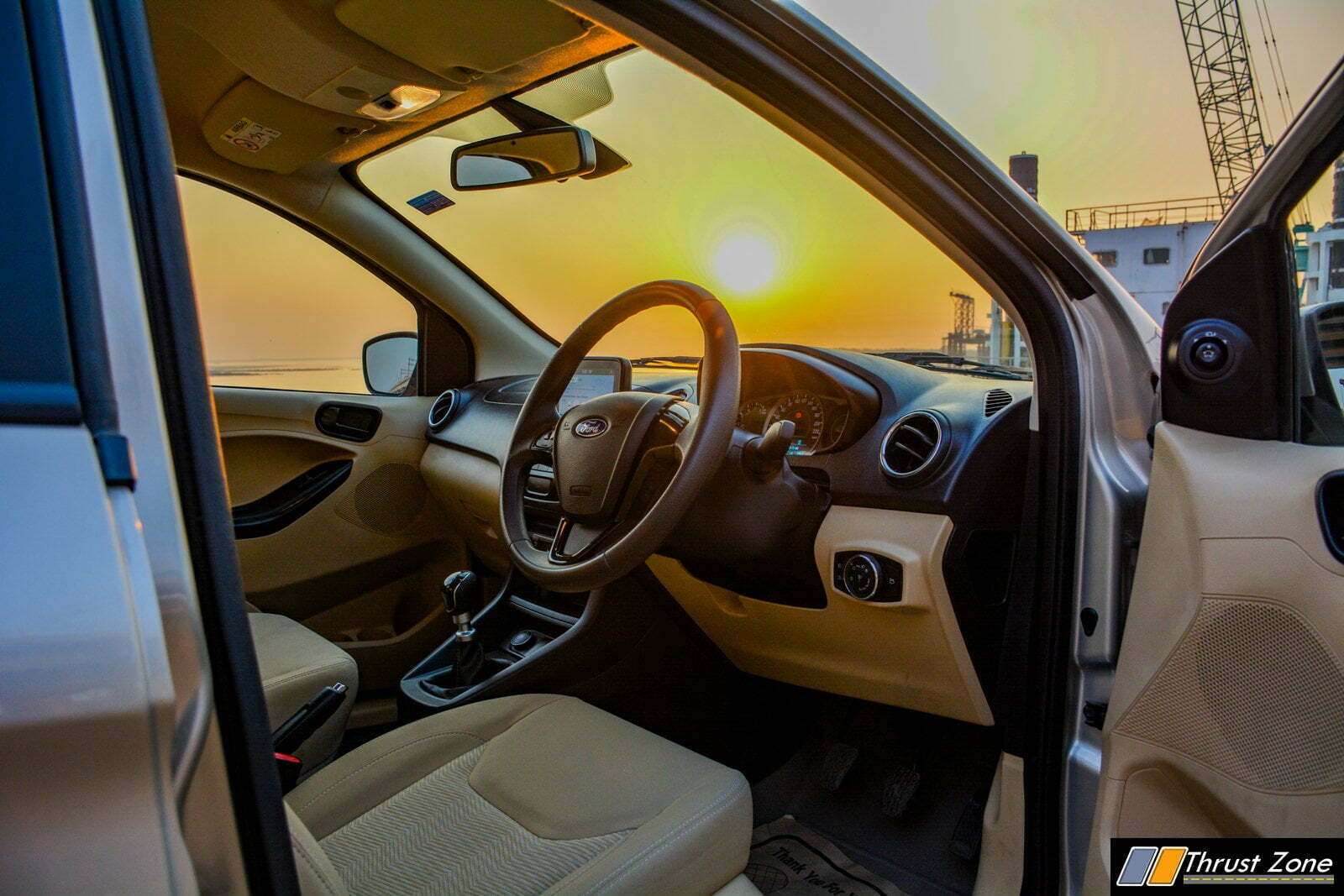 We had some doubts on the petrol engine and when we know drove the car at home base we realized that the engine has torque focused high in rev band and the gearing is tall at the same time. The engine is very linear and is almost BSVI ready that’s the reason when we drove it for the first time it felt almost powerless. But it isn’t. Drive it sedately in our dense traffic situations and there is enough pep. 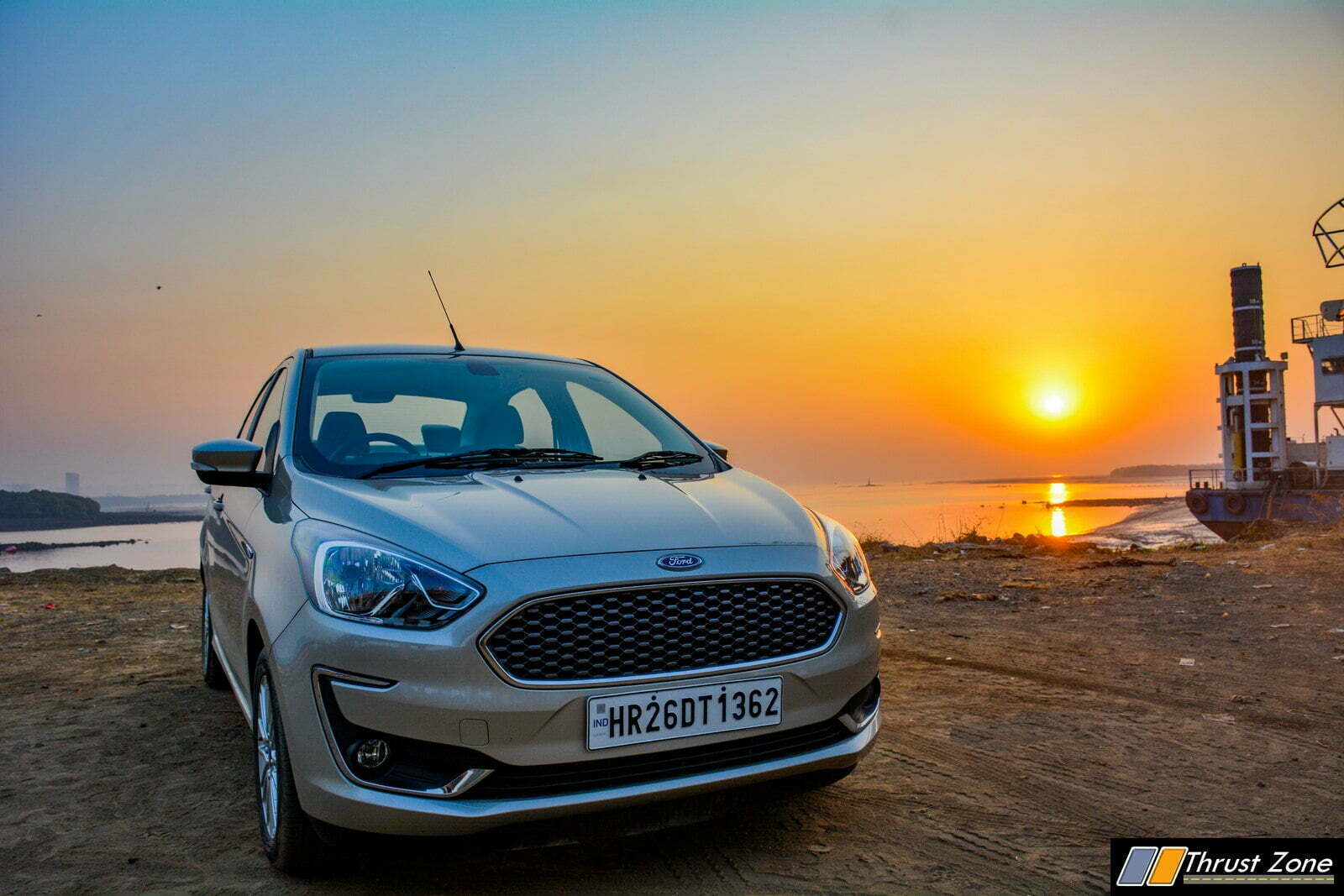 To get the best you have to ring the engine hard to derive power from it. This is even more effort than the VTEC seen in Honda. Sedate drivers will love this combo. The enthusiast, who still dreams of the older 1.6 version in the classic continues to be devoid of the solid shove witnessed with that engine. Nevertheless, the benefits are worth it as the fuel economy is quite high and we got 14.5 km/l in the city with it. This is despite segment best 96 PS of power and 120 Nm of torque. The 19 km/l on the highway as rated by ARAI is also true in our testing. 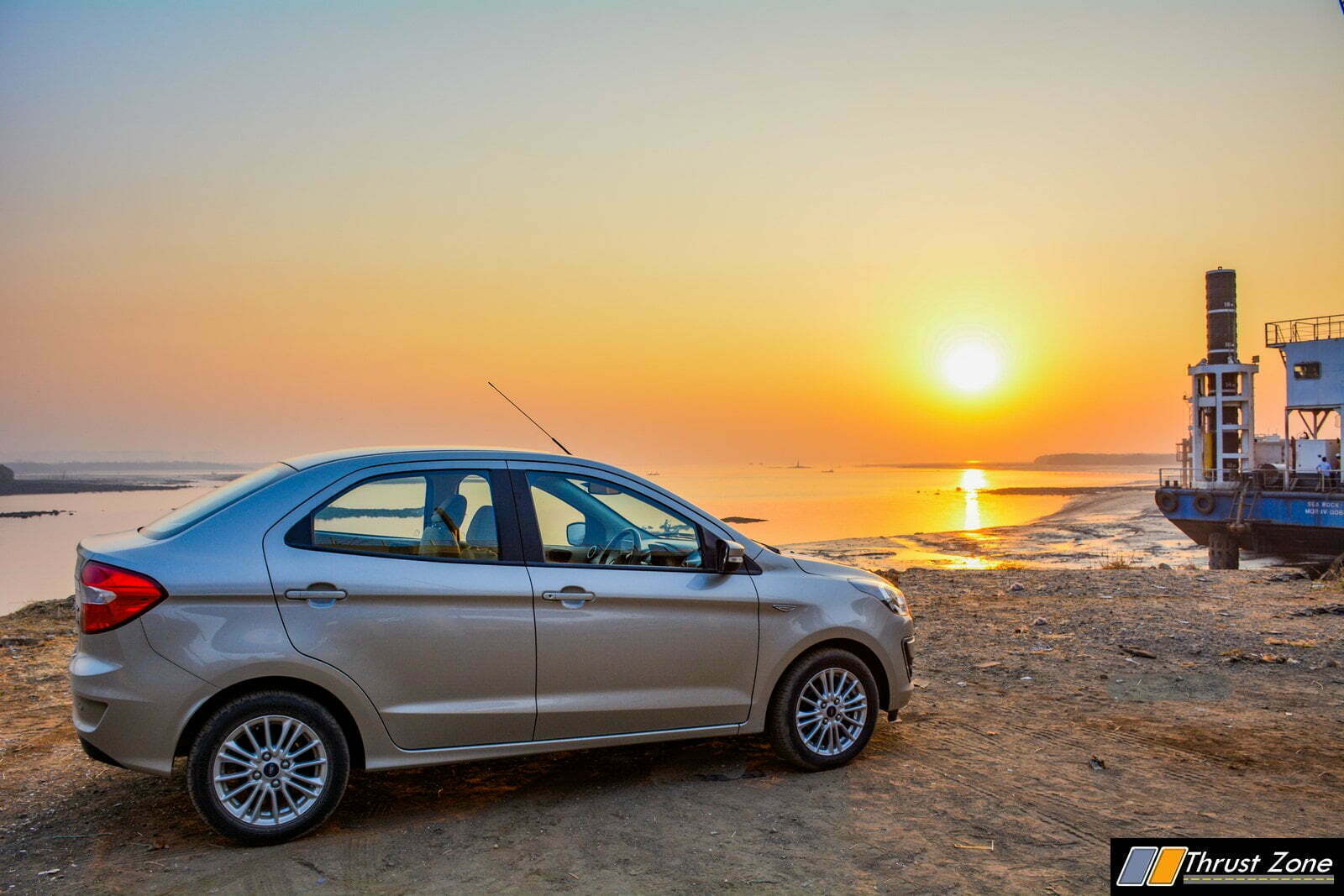 The diesel on the other hand also has taller gearing, but there is way more torque than the petrol, even at low rev so it moves very quickly, revs almost freely and gathers momentum very quickly. Doing triple digits in no time is the forte of the diesel motor. The 100 PS and 215 Nm off torque combination is spot on. NVH levels are great from the motor. Both cars get very positive shifting gearbox which slot with authority. 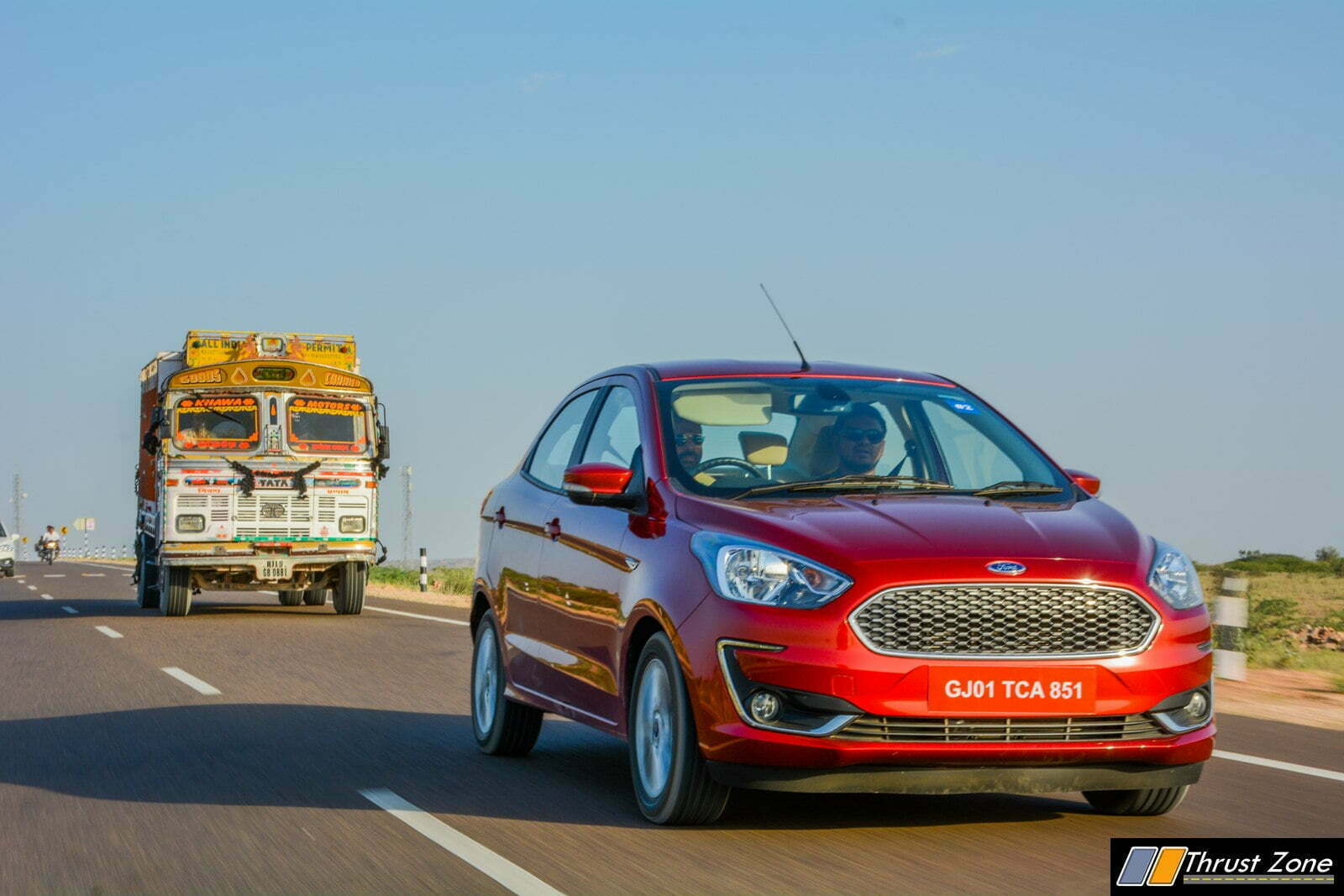 Clutch is light on petrol, and slightly heavier in the diesel, which is still light enough, we are just comparing the two for the sake of it. Clearly, the diesel best pick of the lot if you ask us. It returned 17.5 km/l in our testing which included city driving. Highway mileage increased to 23.8 km/l, which was with certain heavy throttle inputs.

Dynamically, we love the introduction of the new 15-inch wheels and slightly firm suspension setup which makes it fun to drive. The steering lock ratio is short and so is the wheelbase which means you can turn this car and its already there. The compliance from the suspension over our broken roads is also impressive which makes it an all-rounder. Brakes are good and the pedal bite is impressive too. 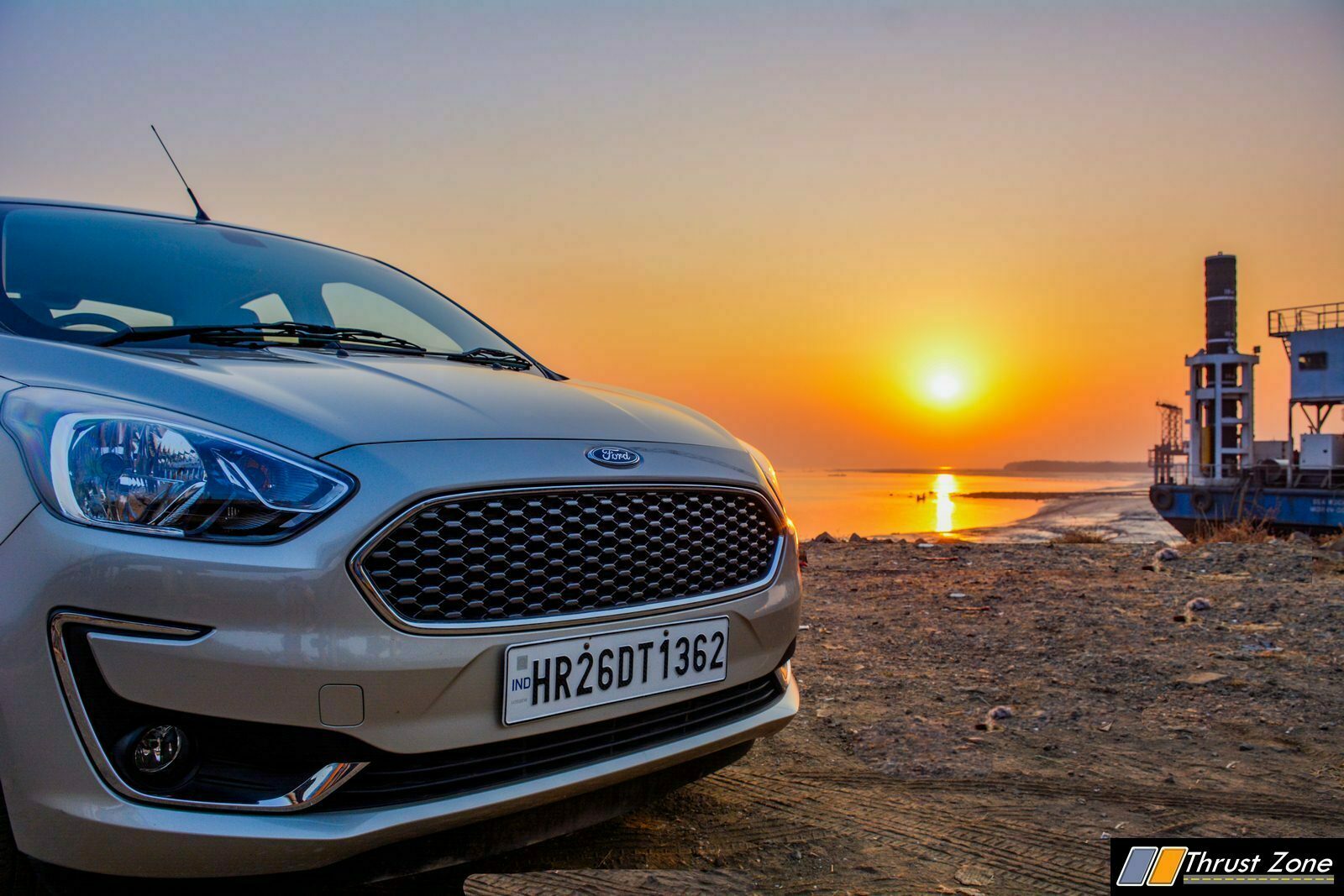 Steering provides excellent feedback all the time, but center weight can be termed as artificial and vague. Overall, far more superior than the already impressive car to drive seen in the previous version. The short wheelbase and lock ratio for the steering ratio which is so short make this car almost feel like a go kart! 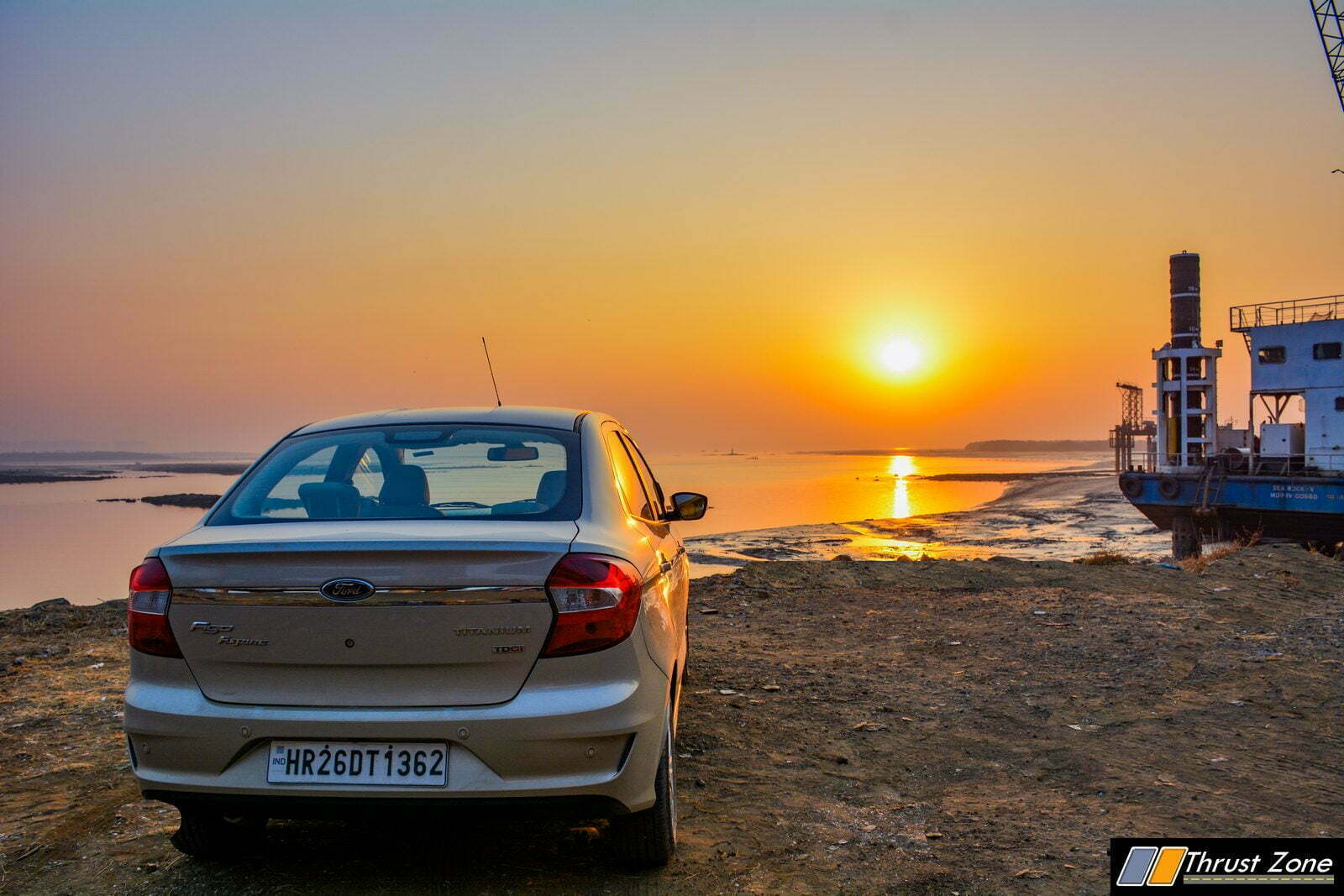 The Aspire continues to be the same car it was earlier. The great diesel motor, a good petrol motor an and option of the petrol automatic makes it ready for most buyers in the market. Pricing is again key because while compact sedans have gotten expensive, the Aspire continues to offer good value and an impressive features list. Ford also offers a great deal when it comes to maintaining the car with the lowest after sales and service costs. A diesel automatic is highly awaited though. For now, Aspire does it duty, which is providing a hatchback owner a 3 box sedan at an offer which they cannot refuse.