Ford Cartesy Survey Is A Fine Example Of Today’s Traffic Situation in India – Not Entirely Bad! 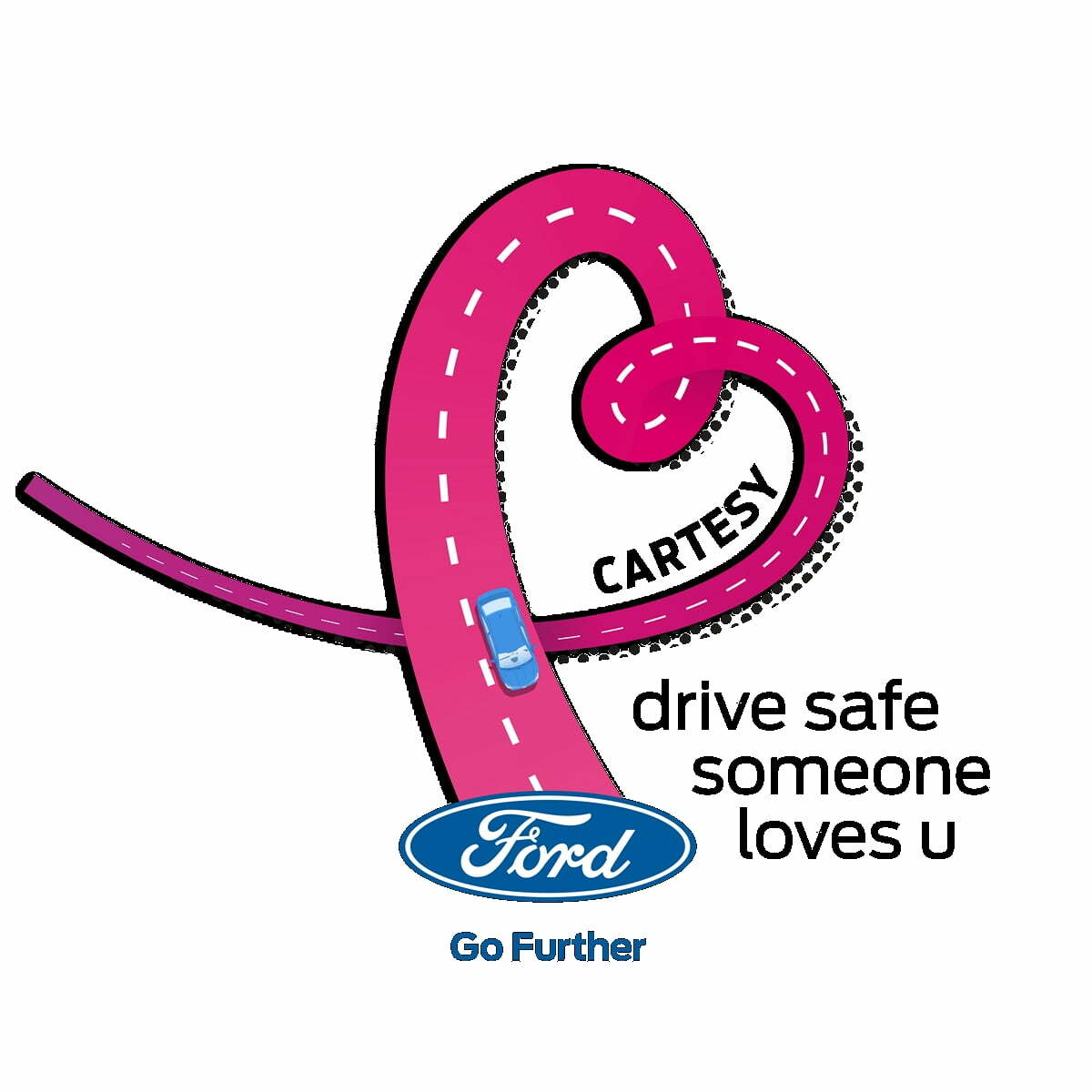 Ford Cartsey Survey is spot on and only the American company could come up with something like this, as they are the few proactive companies in the Indian market

How should India — the otherwise warm and hospitable — respond to anxiety on roads in the new year? How should we rank in complying with traffic laws, exercising cautious while driving or being courteous to others on the road in 2019?. Ford’s recently concluded road safety survey – covering 10 cities – tried unravelling the behaviour and attitude of average Indian road user gives us answers to these questions and urges Indian road users to say No to Indifference and lack of caution for a safe 2019.

In line with the World Health Organization 5-pillar approach, the survey recognizes the importance to assess the behaviour of drivers, passengers and pedestrians in order to improve road safety. “From using technology for enhanced safety in Ford cars to encouraging drivers to be more courteous, we believe and make every effort to ensure every family travels safely,” said Anurag Mehrotra, president & managing director, Ford India. 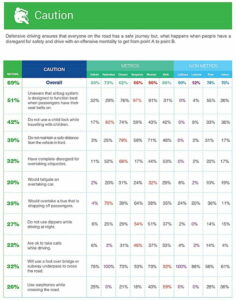 Following the framework of Compliance, Caution and Compassion, the survey themed under #Cartesy, form part of the company’s ongoing efforts to highlight behavioural issues stopping Indian roads to become safer & saner. The survey results are both informative and intuitive and are not a critique of users, road infrastructure or enforcement authorities. The need of the hour is ‘mindfulness’ demonstrated by every single citizen of this country to drive healthier Cartesy in times to come.

Mirror, mirror, on the wall, who’s the most ‘carteous’ of them all: In the six major metros, Kolkata and Hyderabad led on all Compliance, Caution and Compassion, while Mumbai and Delhi showed a lot of room for improvement. In non-metros, Ludhiana, Lucknow and Pune scored well. Additionally, Indore, with the third highest road incidents in the country, scored dismally in the Cartesy survey. 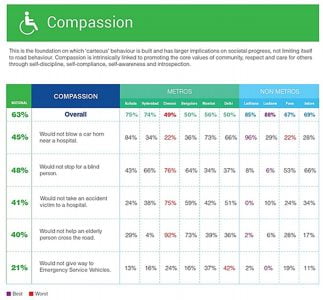 A snapshot of interesting revelations from the Ford Cartesy Survey 2018 include:

1. The Educated Unaware: Formal education or degrees play no role in displaying the right road behaviour – even the educated have a disregard for rules, safety or compassion while on road. Fifty-one percent of the participants were unaware of seat belts being the primary source of safety combined with airbags.

3. Twisted Tales: Children Encourage Parents Toward Right Road Behaviour: Couples with children were found to be far more ‘Carteous’ as compared to single or unmarried couples. Young parents with infants (below 2 years) show a spike in Caution and Compassion scores, which start to decline as their children grow up. However, as soon as children reach their teens (12+ years), parents feel pressure to be a role model and demonstrate the right behaviour again.

4. Once Bitten Twice Shy: Respondents with prior unpleasant experiences on the road such as an accident or loss were found to be 8 percent more compassionate, cautious and compliant.

6. Risking It All, Not Cool: Attitude toward under-age driving is a clear case of how much we devalue our own and other people’s lives on the road. Thirty-three percent of respondents said they are tolerant of under-age driving. It is noteworthy that close to 1 in 5 respondents (18 percent) felt that it was okay to drink and drive. 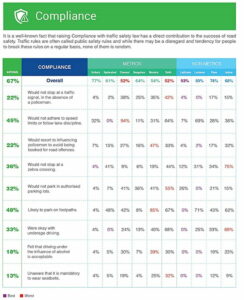 7. All Is Not Lost, Millennials a Beacon of Hope: Millennials (18-34 years) were found to be better in Compliance, Caution and Compassion than those older than them.

A total of 1,613 interviews (based on stratification of representative sampling) were conducted across 10 cities, each with a million-plus population. Each city was divided into five zones (East, West, North, South and Central) and respondents were interviewed from each zone to ensure a fair representation across a city.

Forty-eight percent of the respondents were private (non-commercial) drivers while 52 percent were passengers and pedestrians. Demographic divide consisted of 72 percent of responses from men and 28 percent from women.