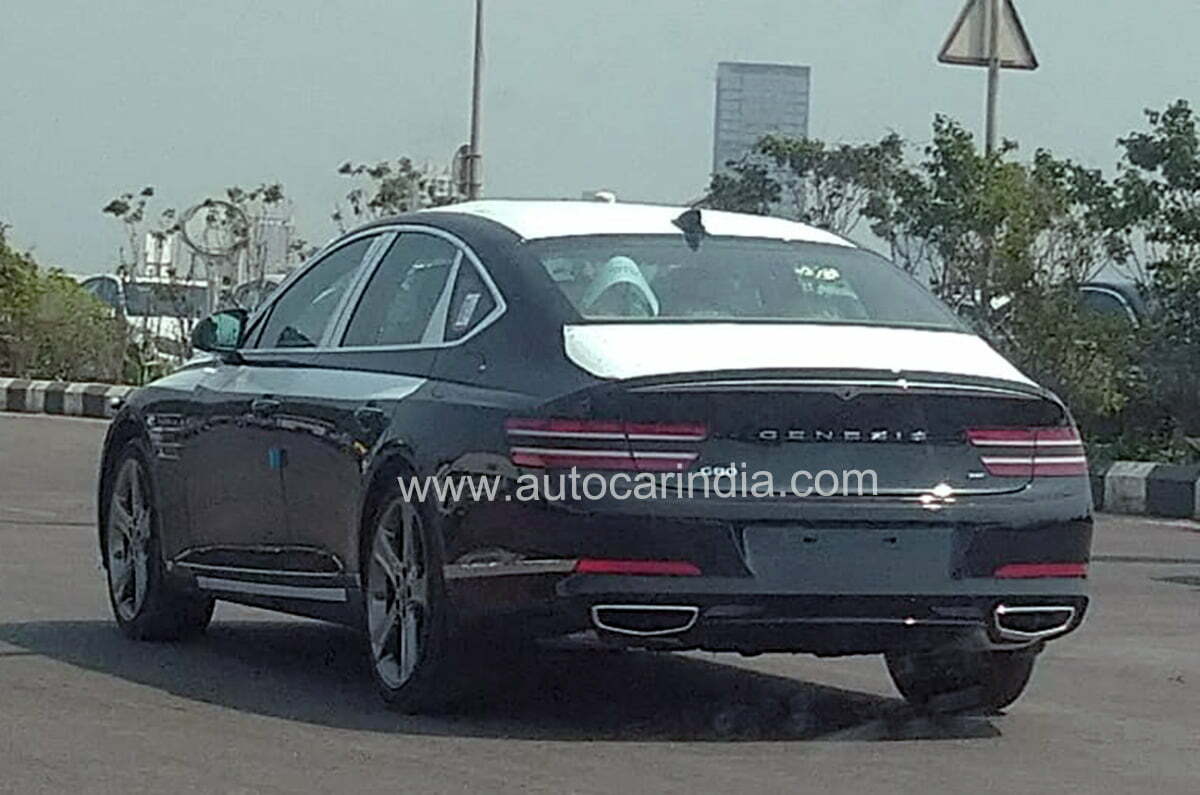 The new-generation Genesis G80 was recently spotted testing in India in the financial capital of Mumbai. Genesis is Hyundai’s luxury brand and has been available internationally for a while now, but the Indian subsidiary has shied away from bringing the luxury moniker to the market. However, the new G80 is a fairly new model and was globally revealed in March 2020. The spy shots do not show a camouflaged version of the luxury sedan, and do offer a more sizable look at the sedan and how it would look on our roads here.

The Genesis G80 is positioned between the G70 and the G90 luxury sedan in the brand’s line-up and rivals the Mercedes-Benz E-Class, BMW 5 Series and the Audi A6 in international markets. The model gets a four-door coupe styling sporting that massive crest grille that remains a signature Genesis element. The split LED headlamps and tail lights look different and definitely regal. The cabin too is equally exquisite as you would come to expect from a luxury moniker and features a 12.3-inch digital instrument cluster, two-spoke multi-function steering wheel, and 14.5-inch touchscreen infotainment system. There is wood, leather and LED lights used extensively in the cabin.

Internationally, the Genesis G80 is offered with three engine options including the 2.5-litre turbocharged 4-cylinder petrol, a 3.5-litre twin-turbo V6 and a 2.2-litre diesel. All three engines are paired with an 8-speed automatic transmission as standard.

It’s not clear if Hyundai has brought the new G80 to India for testing purposes or the car is a one-off private import. That said, the company had previously said that it was evaluating bringing the luxury brand to India, starting with SUVs. However, there has been no word on the same since 2019. Globally, Genesis has two luxury SUVs on sale – GV80 and the GV70.