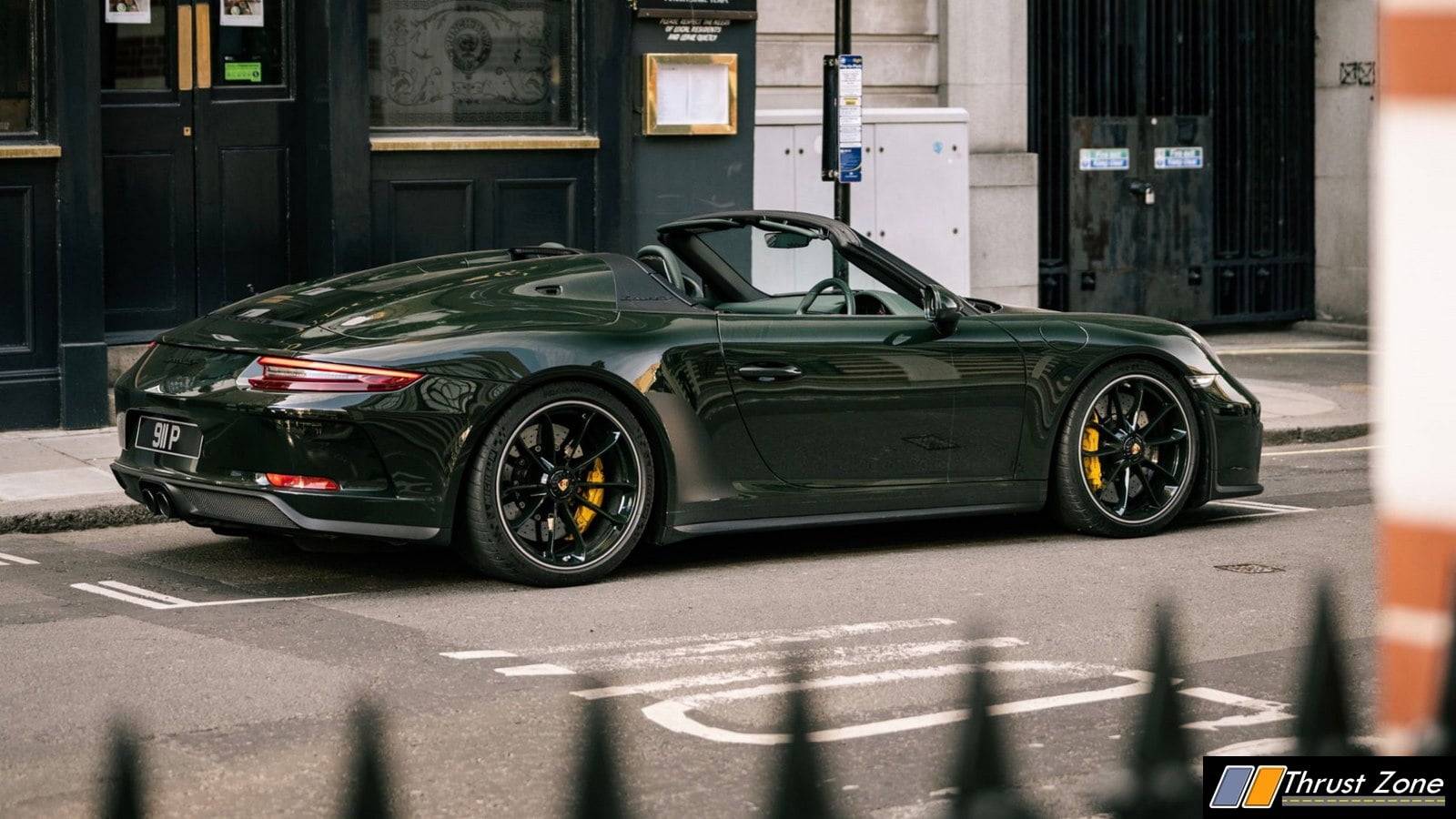 Colour has always been a defining part of the Porsche experience. From the earliest air-cooled 356 to the latest all-electric Taycan, a bold and varied paint palette has allowed Porsche’s designers and customers alike to express their passion and individuality. And nowhere is this more evident than in the recent creation of this 911 Speedster, a unique car inspired by the Porsche family itself and brought from dream to reality by the experts at Porsche Exclusive Manufaktur.

Green has history with the Porsche family that goes as far back as the earliest 911 models. Ferry Porsche himself would always ensure that his company cars were painted in one of a select number of subtle, elegant shades, such as Oakgreenmetallic, Olivegreen, Emeraldgreenmetallic or Brewstergreen. It is a tradition that has been continued by Dr Wolfgang Porsche to this day, with several cars in his private collection finished in the same colours his father favoured more than half a century ago.

991.2 Turbo S, 911 Speedster, 991 GT3 Touring, 993 Turbo S, 2022, Porsche AG
In fact, it was one of those very cars that inspired the creation of this special Speedster. On a trip to the Porsche Museum, the future owner saw the striking 993 Turbo S that Dr Porsche still likes to drive over Austria’s Grossglockner mountain. Finished in Code 22B Brewstergreen, it was love at first sight and the start of an ongoing obsession with this rare and subtle paint scheme. “I’m not a big fan of metallic colors and I immediately took a shining to Brewster as it’s very understated,” he explains. “It looks black in some certain environments, but when it’s seen in good light, there is no missing the green.”

Going beyond the extensive range of series and special colours, the Paint To Sample colour options allow customers to underline their own personality and lifestyle even more visibly. With more than 100 additional colours from a technically approved spectrum, Porsche Exclusive Manufaktur offers a very wide choice for the 911. 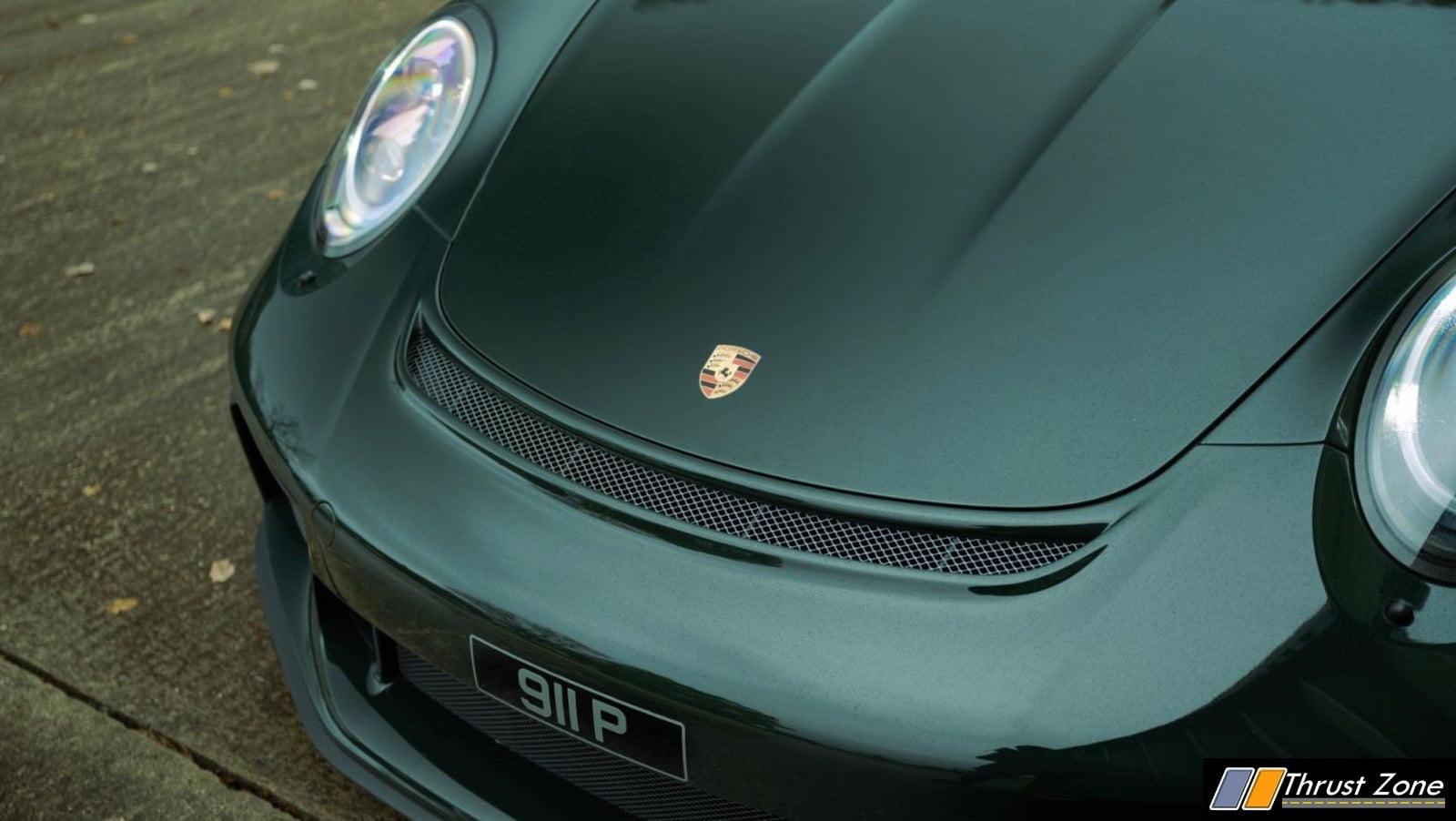 What followed was a busy period for the customer and Porsche Exclusive Manufaktur, who were asked to allocate a Brewstergreen Paint To Sample slot for his in-build 991.2 generation 911 Turbo S. This was followed not long after by a 911 GT3 Touring, which provided the opportunity to experiment further both inside and out, with Noto Green leather in the cabin and Britishracinggreen pinstriping around the wheels.

With a head full of ideas and an allocation for the 991.2 Speedster, the customer decided to travel to Zuffenhausen to configure his latest Porsche in person. En route he was informed that once again, Exclusive Manufaktur would be able to provide a special PTS finish, and without hesitation he settled upon Dr Porsche’s beloved Brewstergreen.

“It was time to combine all of my favourite greens and the Speedster was the perfect car for it,” he recalls today. “The Brewstergreen was a simple choice having seen how the 991.2 Turbo S had been executed. The Noto Green leather interior inspired by the GT3 Touring was also a no brainer, but this time we went even further, no stone was left unturned.” Everything from the seats, vent slats, steering wheel, door cards, sun visors, edges of the floor mats, all of the trim and even the fuse box cover hidden away in the footwell was trimmed in Noto Green leather. The wheels, meanwhile, were painted to match the body, with a contrasting silver pinstripe. 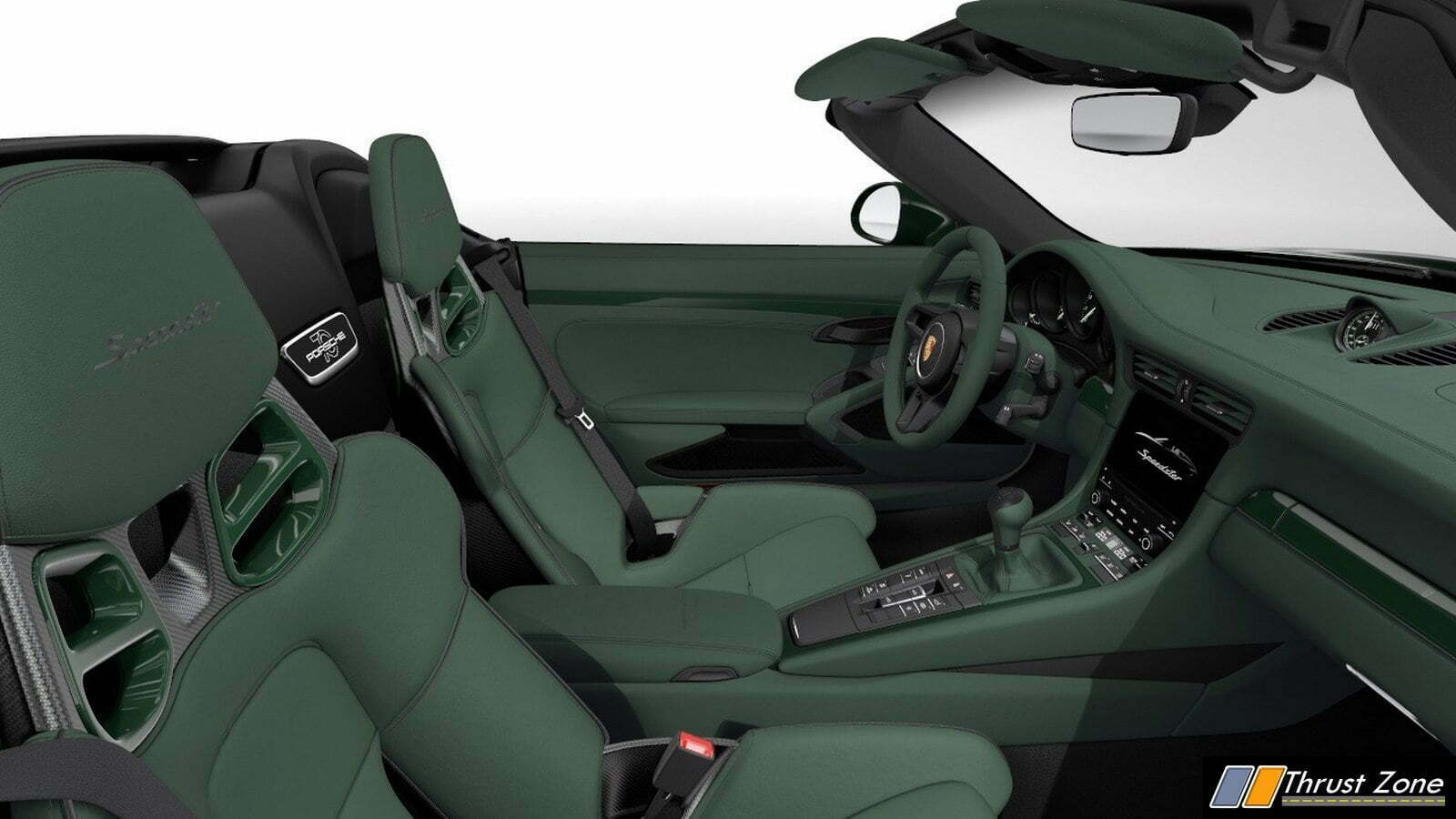 Meeting the wishes of customers is an important part of the global offering from Porsche, which pursues this goal with its Porsche Exclusive Manufaktur, Porsche Tequipment and Porsche Classic divisions.

The results are a fitting monument to one man’s passion, but also a reflection of the dedication and skill of the team at Porsche Exclusive Manufaktur who involve the client every step of the way.

Toyota India Has A New Punchline To Promote Hybrid Technology!