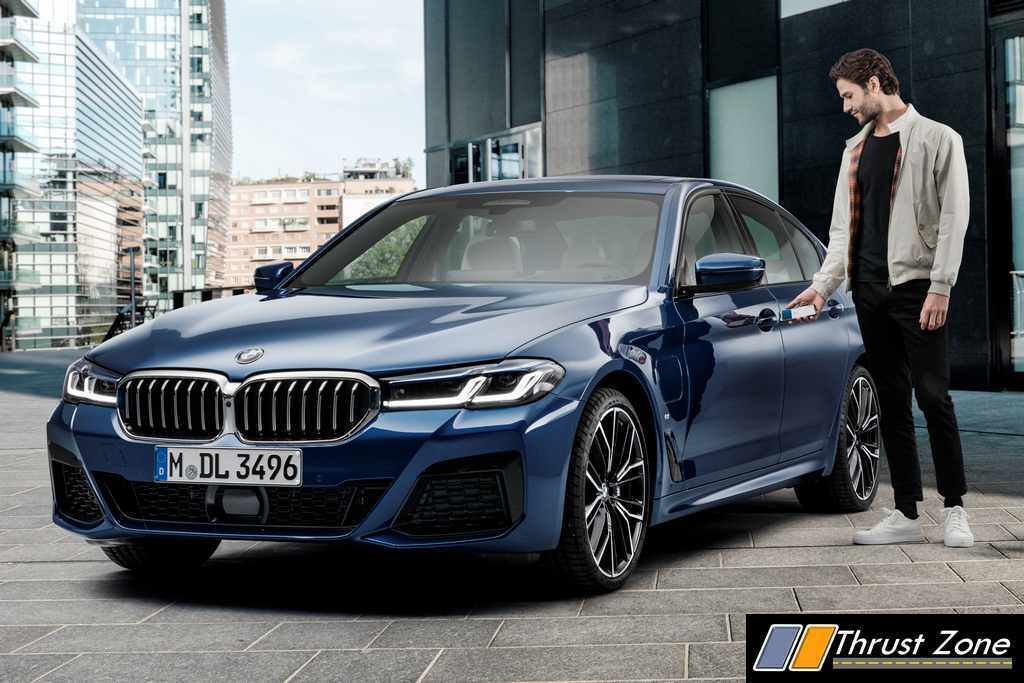 The recently concluded Google I/O developer conference saw the tech company make some significant announcements. A major announcement was the release of Android 12 and the comprehensively updated Android Auto and Android Automotive OS. However, the big release in the automotive tech space was the announcement of the Google Digital Car Key. The new feature that will come with Android 12 will allow you the ability to lock, unlock and start your car using your Android phone. To be fair, the digital car key was first showcased by Apple with the iOS 14 as the ‘Apple Car Key’ just a few months ago, and it’s great to see the feature coming for Android users as well.

Much like Apple, Google too showcased the feature with a BMW model and has partnered with the German automaker for the same. The feature will be available on the premium offerings first before we see it on more affordable models in the future. Google has not entirely revealed how the Digital car key works but did say that it uses Near Field Communications (NFC) and Ultra Wide Band (UWB) technologies that will allow the car to read the smartphone’s presence within proximity, allowing users to unlock the car’s door handles and to start the car itself. Google also says that digital car key can be shared in case the car is being borrowed – and you will be able to do it “remotely and securely.”

In essence, the feature eliminates the need for a key fob with your phone doubling up to do that. Expect the feature to be available on flagship Android devices first. Meanwhile, automakers have also developed their version of the digital key with Volvo, Hyundai, Tata Motors, Tesla, among others using smartwatches to operate certain features in their respective cars. There’s of course app-based connectivity available too that offers a number of functions right from pre-setting the cabin temperature, lock/unlock doors, and more.

BMW will start rolling out the Google Digital Car Key feature to customers on select models from 2022. The automaker has not confirmed which models will get the feature first. Meanwhile, Google has partnered with 15 OEMs and will bring wireless Android Auto to more cars. The company says that over 100 million cars compatible with Android Auto are on the roads.

You Heard It Right! BMW 2 Series Coupé RWD Is Coming