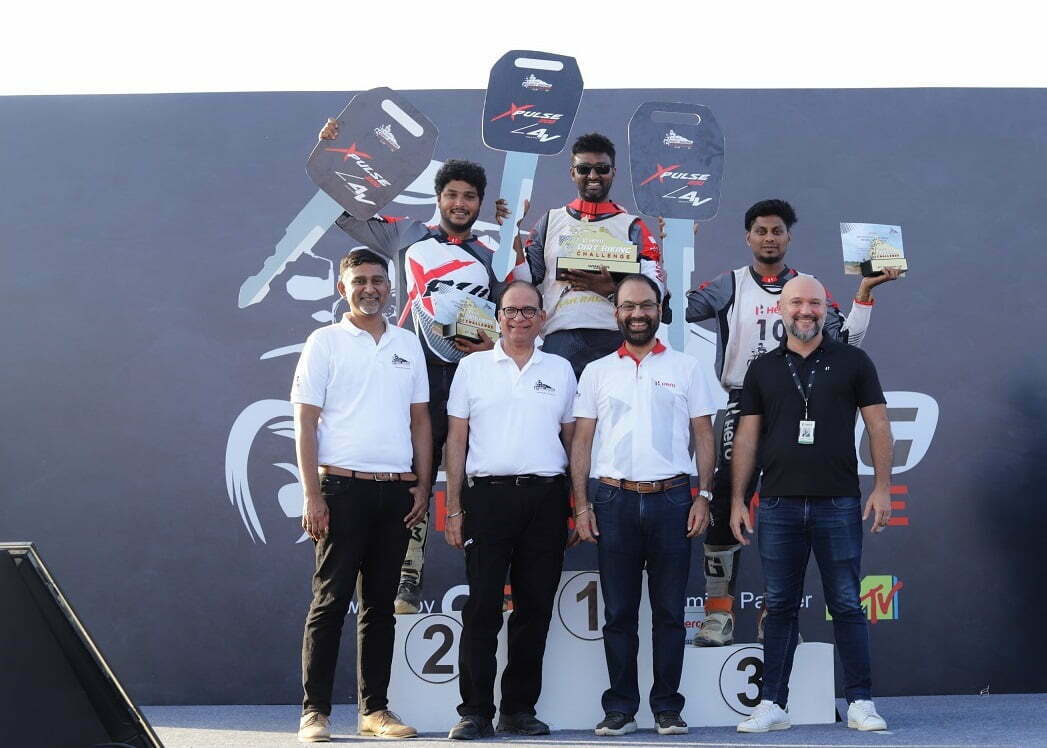 In keeping with its firm commitment to promote multiple sports and sportspersons, Hero MotoCorp – the world’s largest manufacturer of motorcycles and scooters – today crowned the off-Road Riding Champion in India after a more than four month-long rigorous contest among riders and enthusiasts across the country. The Hero Dirt Biking Challenge (HDBC), which was launched in July 2022, concluded with the final race where the Top-20 riders from across the country competed to be the first HDBC champion.

Asad Khan emerged as the champion after the final race. Rakesh N and Gidyun were first and second runners-up respectively.The winner, the first runners-up and the second runners-up received the popular Hero Xpulse 200 4V motorcycle and sponsorships contracts worth Rs. 10 lakhs, Rs. 6 lakhs and Rs. 4 lakhs respectively. Olesya Dias was recognized as the Best Female off-Road Rider in the country for her rousing performance across all the rounds. The HDBC will be telecast over MTV and streamed over Voot.

The finale week was held in and around Hero MotoCorp’s world-class R&D hub, the center of Innovation and Technology, (CIT), in Jaipur. The entire race and participation experience was designed at par with top international rally events. The entire finale week was curated by the Hero MotoSports Team Rally.

During the past few months, over 100,000 participants registered for the HDBC and after a rigorous nationwide contest that ran across four stages, 41 cities and over 120 days, the Top-20 were short listed.

Commenting on the HDBC, Ranjivjit Singh, Chief Growth Officer, Hero MotoCorp, said, “The massive excitement and participation in Hero Dirt Biking Challenge, is proof that the off-road riding segment is growing in the country and Hero MotoCorp has been at the forefront of propagating this culture with the Hero Xpulse 200 4V. Xpulse is a favorite of riders, whether professionals, amateurs or everyday users. HDBC is a one-of-its-kind initiative in the country that has opened doors for riding enthusiasts to achieve glory and has provided India with its future champions. We congratulate the winners and wish all the finalist the best for the future.”

Talking about the talent in the country, Dr. Arun Jaura, Chief Technology Officer, Hero MotoCorp, said, “The Hero MotoSports Team Rally is the flag-bearer of Indian off-road racing globally and has been inspiring amateurs as well as professionals in the country to aspire for success on the international circuit. With superior technology and innovations, the Xpulse 200 4V is the ideal bike for riders to get into the sport, pursue their passion and go beyond boundaries. We are delighted to see our efforts bearing fruit and are confident that this sport will grow faster from here. Congratulations to the winners. Hero MotoSports will continue to support national talent in the future too.” 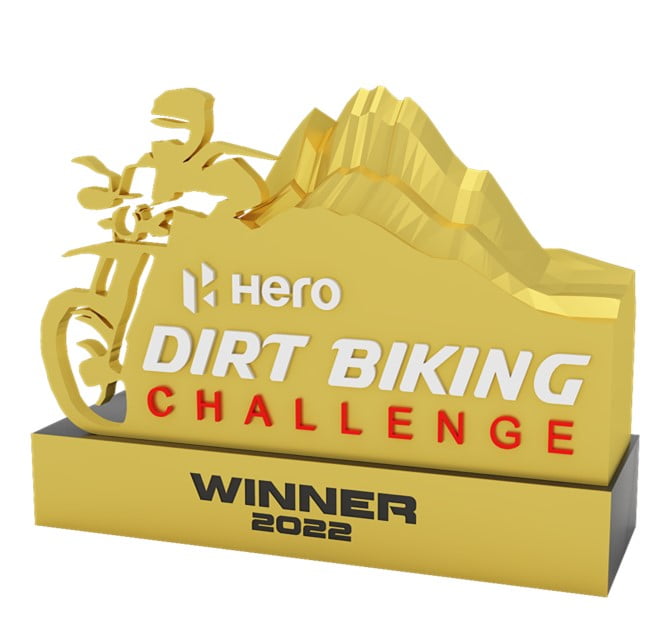 Successfully clearing the city and regional rounds, 90 riders reached the zonal round. Following a 4-day zonal round, where the National Team of Hero MotoSports trained participants, the Top-20 Dirt-Biking Heroes made it to the finale. Hero MotoSports Team Rally, one of the top international teams, is the rally-racing team of Hero MotoCorp and the only Indian team ever to win a stage at the Dakar Rally. Team riders Ross Branch, Joaquim Rodrigues, Sebastian Buhler and Franco Caimi worked with the top participants in a Residential Bootcamp, and provided them with invaluable coaching. The Hero Dirt Biking Challenge is the first-of-its-kind pan-India talent-hunt program by an OEM (original equipment manufacturer) and is aimed at providing the much-needed platform for budding riders, enthusiasts and amateurs who want to pursue their passion in off-road racing and make a name for themselves in the field.