Hero Electric Splendor Could Be A Common Sight In The Next Decade! 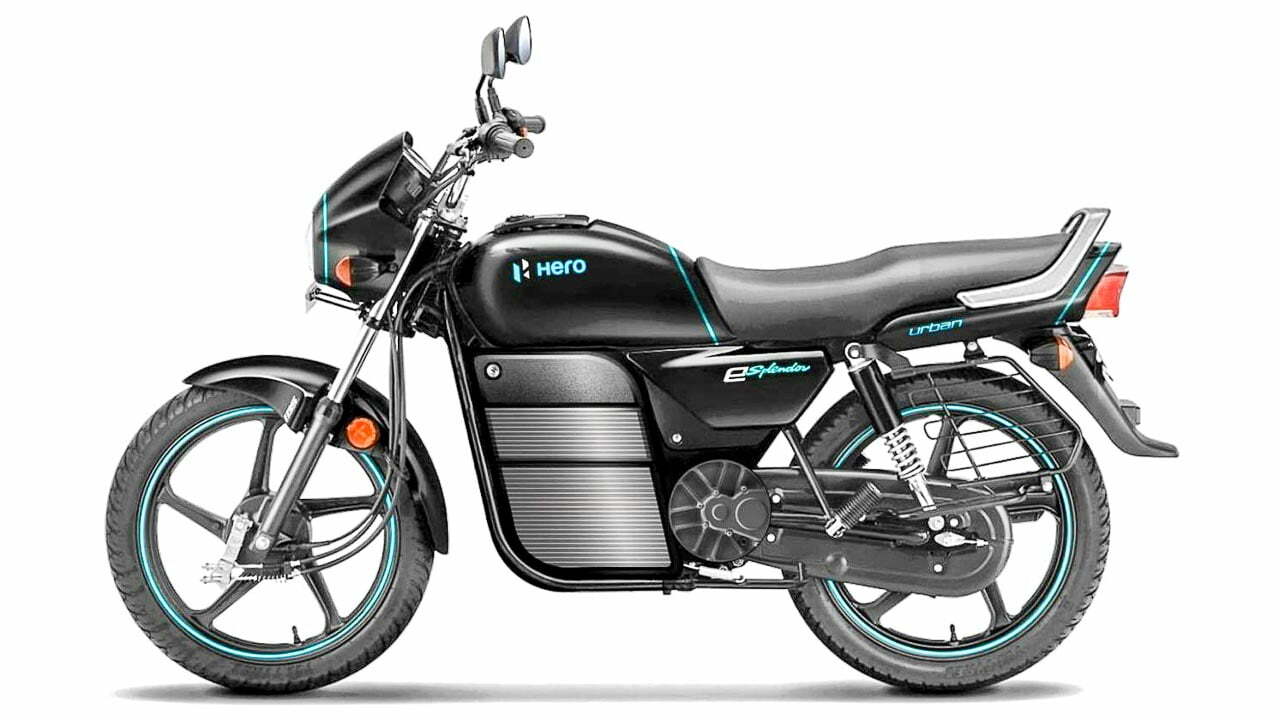 The transition from IC-engine vehicles to electric vehicles have seen a spurt nowadays. We are witnessing the launch of the new EV products on an everyday basis and especially in the two-wheeler category, this phenomenon of increased electric vehicles on the road is quite encouraging.
It is hard for the manufacturers to come up with electric machines that also boast different kinds of a design from the standard models and replicate their success. Best-selling models such as Honda Activa and Hero Splendor might come up with their own electric versions in the future.

Vinay Raj Somashekar, the well-known Automotive designer, has come up with rendering of Hero Splendor. Given the popularity of Splendor in the market, it will be difficult for the electric version of the Splendor to recreate the same magic with sales numbers. The iconic bike has evolved over the years and given the trend of going all-electric, it has also taken to the path of sustainability.

In the renderings, Vinay Raj Somashekar has been able to retain all the quintessential elements of the bike with engine and transmission now being replaced by the battery pack, encased by the blacked-out casing. Blue accents on the headlamps, central panels, rear fender, and alloys all come together to make for a nice contrast in the renderings. In addition, the bike has got the branding of eSplendor on it.

Getting into the technical details, a 4kW battery pack has been used by the electric version of Splendor. The battery provides motive power to the 9kW electric motor which transfers the drive to the rear wheel of the bike through the help of a belt drive. There is additional space for the 2kW battery pack which is completely removable and the addition of this battery increases the range by up to 50%. According to the figures, the 140km range is available with a 4kW battery pack and with the additional 2kWh, this number increases to 180 km.

The charging port is placed in the fuel tank lid and according to the illustrator, 4 different versions of the eSplendor – Default, Utility+, Range+ and Range Max – have been configured. It is important to note that there is no plan for the launch of the electric version of Splendor by Hero MotoCorp yet.

New Bajaj Chetak Version To Be Introduced In FY2023

RE Himalayan 450 Incoming Soon – Spied For The First Time!