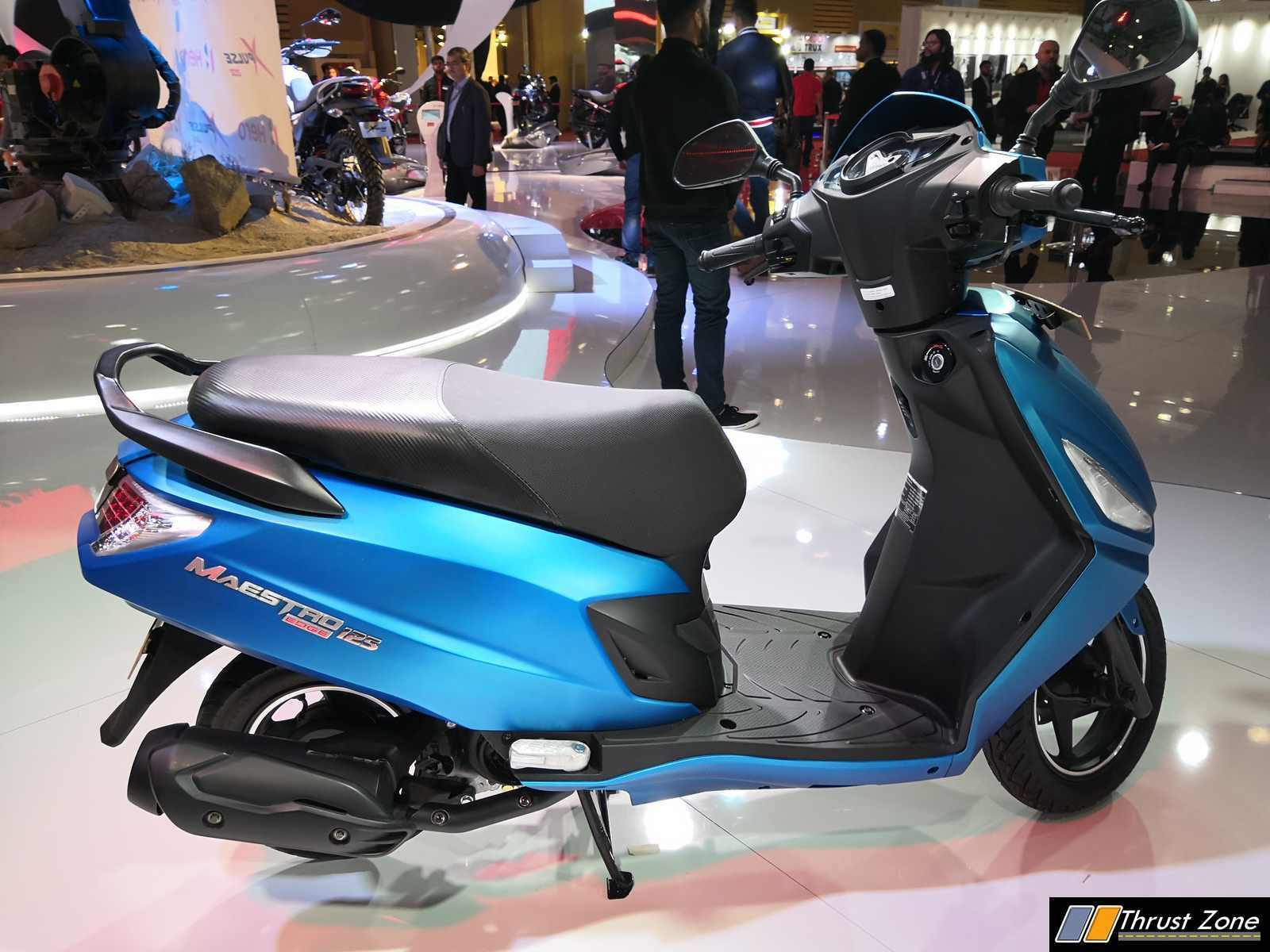 In addition to this, Hero MotoCorp has equipped the new Maestro Edge 125 and new Duet 125 with features such as a digital display in combination with an analogue console and Hero’s i3S. The i3S is an idle-start-stop-system which will be first time available on a scooter. This technology by Hero MotoCorp was first introduced in its motorcycles and it was used to offer better fuel efficiency in the 125cc engines. Hero is also offering side stand indicator to prevent fatal accidents, external fuel cap to refill petrol with ease, service reminder indicator and pass button switch.

Speaking about the engine, these scooters have got a whole new engine. But the new engine is the expanded version of the previous 110cc engine which offers better low-end power. This 125cc single cylinder petrol engine churns out 8.7bhp of power at 6750 rpm and 10.2 Nm of twist at 5000rpm. While stopping the new Hero Maestro Edge 125 and Hero Duet 125 is an optional front disc and Integrated Braking System (IBS).

As the 125cc scooter segment has been liked the masses of the nation, Hero MotoCorp hasn’t backed out. After the launch of the new Maestro Edge 125 and Duet 125, it will compete head-on with the Suzuki Acces125, Honda Grazia, Honda Activa and the Aprilia SR125 in the Indian market.