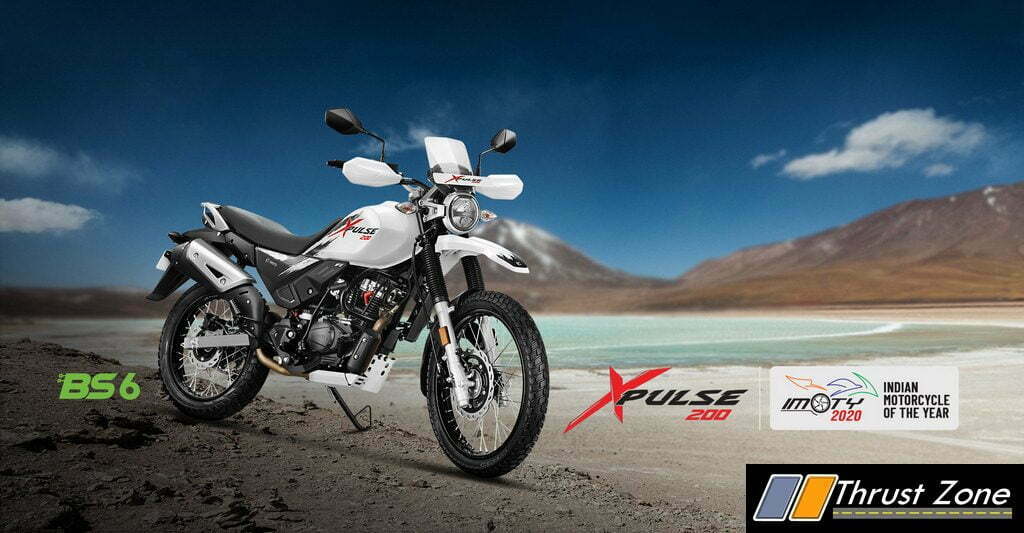 The Hero XPulse 200 BS6 continues to use the same 199.6cc single-cylinder engine that now gets fuel-injected as standard. The oil-cooled motorcycle now produces 18PS at 8500RPM and 16.4Nm of peak torque at 6500 RPM. The motor is paired with a 5-speed gearbox. In comparison, the BS4 version of the motorcycle produced 18.6PS and 17.1Nm of peak torque. Power then has seen a marginal drop on the motorcycle but we expect the FI system to make throttle response smoother than before. Furthermore, the bike also gets a new exhaust system with a new catalytic converter (cat-con) that has been rerouted from underneath the engine instead of the side. This, however, has not affected the ground clearance on the motorcycle that stays the same at 220mm. However, the new components have added to the overall weight and the bike now weighs 157kg, 3kg more than the BS4 version. 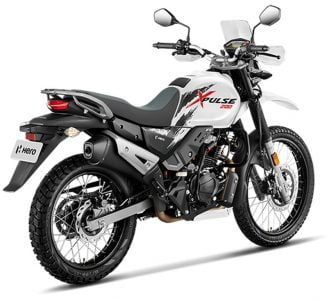 Apart from the new motor, the Hero XPulse 200 BS6 does not get any other changes. The bike continues to use a LED headlamp, an all-digital instrument cluster with smartphone connectivity via Bluetooth, and a relaxed riding position with the upright handlebar. The bike also gets knuckle-guards, 21-inch front and 17-inch rear spoked wheels and a small fly screen to deflect wind. Suspension duties are handled by the same set-up on the BS6 XPulse 200. This includes the 37mm telescopic forks at the front with 190mm travel and a 10-step adjustable monoshock at the rear.

Braking duties are taken care by a 276mm petal disc at the front and a 220mm single disc at the rear. The bike only comes with single-channel ABS. The bike continues to be underpinned by the diamond-type chassis that serves the 200 family at Hero MotoCorp.

The BS4 XPulse 200 FI retailed at Rs. 1.07 lakh and the Hero XPulse 200 BS6 is priced at Rs. 1.11 lakh (ex-showroom). Hero dealers say that the deliveries for the motorcycle will take about six to eight weeks. Hero dealers are accepting bookings for the new XPulse BS6 for a token amount of Rs. 5,000. The bike does not have a direct competitor but does lock horns with the Royal Enfield Himalayan.