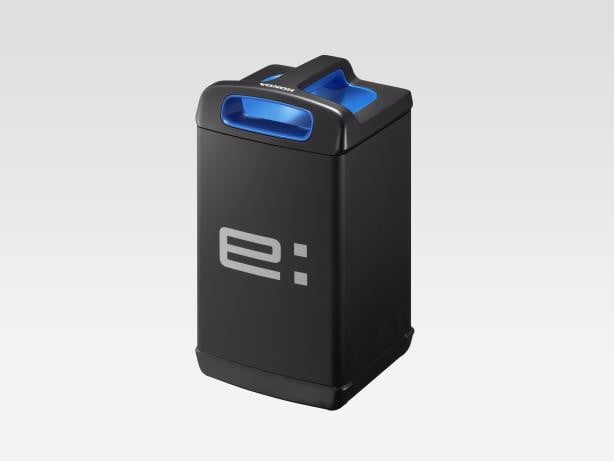 In October 2021, Honda Motor Co., Ltd. Japan has announced its plan to begin battery sharing service in India starting with electric 3 wheelers through its newly established subsidiary, Honda Power Pack Energy India. Honda’s battery sharing service will enable rickshaw drivers to stop by at the nearest battery swapping stations being setup across the selected cities and swap discharged batteries (Honda Mobile Power Pack e:) with fully charged ones. The use of this service will significantly reduce drivers’ initial cost to purchase EV as well as reducing concern about running out of batteries. This will reduce the risk of drivers losing business opportunities while waiting for batteries to be charged.

Honda plans to start its Battery as a Service (BaaS) business on commercial basis from Bengaluru city in the first half of 2022. Honda will set up strong network of battery swap stations at strategic locations like HPCL’s retail outlets. The service will be launched in Bengaluru city with the intention to expand to other major cities in a phased manner. Initially, the focus will be on the three-wheeler segment and would eventually expand to two-wheelers as well. For this purpose, Honda has been developing its ties with multiple OEMs in various applications. 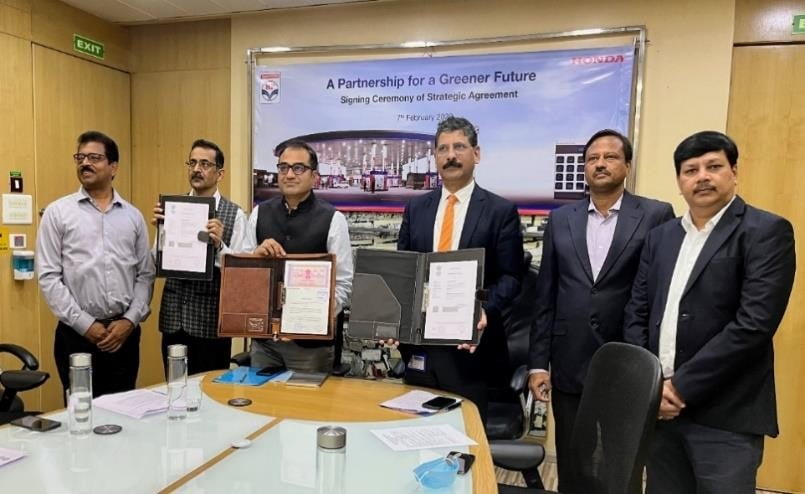 Online signing off ceremony has been held on 7th February 2022, where both parties reaffirmed their commitment towards carbon neutrality and join hands to achieve a greener future of India and the world by way of expanding utilization of renewable energy and to actively pursue electrification of transportation sector which accounts for approximately 20% of the nation’s greenhouse gas emissions.

President & CMD, Honda Power Pack Energy India, Kiyoshi Ito said that he is looking forward to a long lasting partnership and friendship between Honda and HPCL to bring the reliable & customer centric battery sharing service in India and to ensure a greener future. Referring to the association of Honda with HPCL, he added that for Honda, it was a case of meeting the right partner at the right time.

Executive Director, Corporate Strategy Planning & Business Development, HPCL, Rajnish Mehta told that HPCL is already committed to become a net zero company by 2040 and the partnerships with global players like Honda will be instrumental in achieving this target. He also asserted that a strong collaboration between HPCL and Honda would definitely pave the way for both companies in expediting the energy transition process.