Husqvarna Norden 401 Or Norden 601 Could Be Cards! 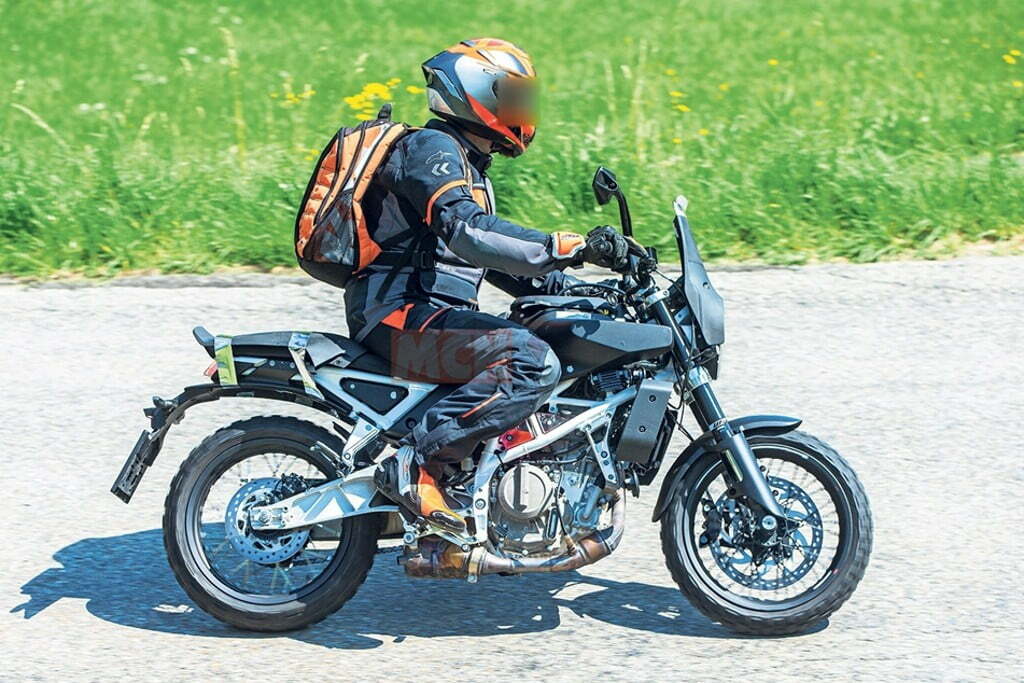 After announcing the launch of the adventure series at the 2019 EICMA Motor Show, Husqvarna is finally given the final touch to the 901 Norden concept. The launch of the bike is imminent and in the run-up to its introduction to prospective buyers, the company is making all efforts to hype the excitement around it.

The Swedish bike maker is likely to extend the utility of its 401 architecture through the Norden range. Remember, the same underpinnings are used by its roadster twins: Svartpilen and Vitpilen. The spy shots of Norden 401 clearly indicate the new proposition will take a cue from Svartpilen. That said, there are crucial differences that set both these bikes apart from each other. Some of the significant distinctions that Norden will feature include raised suspension settings, knobbly tyres, and taller front fascia in the interest of riding comfort and aesthetic appeal.

Norden 401 is likely to come powered by the next generation 490 CC engines that are currently under the phase of development. In fact, the next-generation Roadster twins will also get the enhanced capacity motor. KTM is working on the development of these Motors and along with its adventure range, Husqvarna is likely to use these engines to power a range of its upcoming models.

Looking at the specific competition, the upcoming 901 Norden will be braving prominently the onslaught of the Yamaha Tracer. Assuming along the same lines, Norden 401 will be contending against the likes of Benelli TRK 502 and Honda CB 500 X among others.

It will be interesting to witness how soon Husqvarna will be able to bring the new range to the showrooms. These models have been under development for more than two years now and there is no doubt that the company has been able to create a hyper around these models. Now whether that hype really translates into real-world sales figures or not is something authorities in the automobile world will be keenly watching out for.