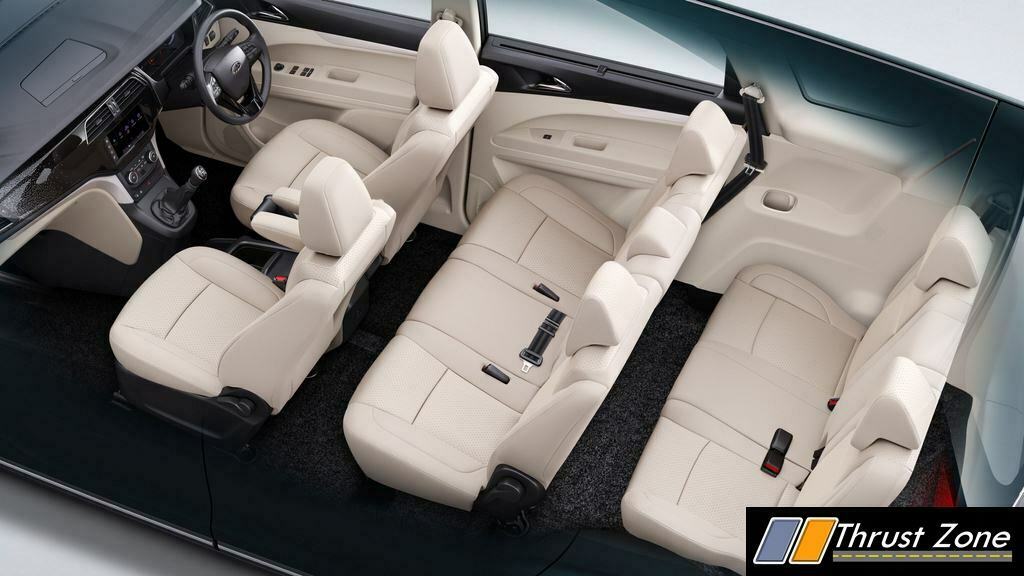 Interior of the Mahindra Marazzo Seem So Much Better – Launch happens on 3’rd September.

Few days Mahindra had revealed the dashboard of the Marazzo MPV. With this Mahindra has been unveiling many teasers of this upcoming MPV and making us all excited and eager for its launch. Now Mahindra has teased us with the pictures of the whole interior layout and the seating arrangement. 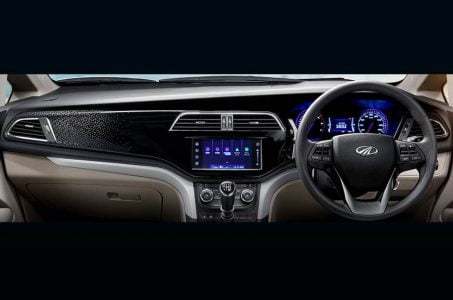 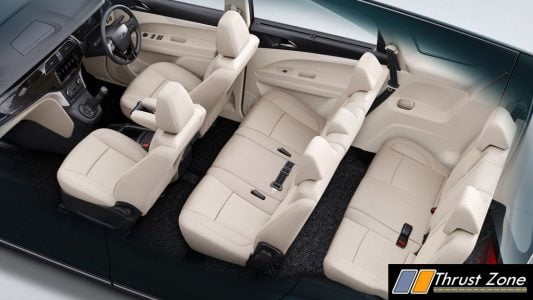 Mahindra has stated that on the Marazzo, they have made the cabin more spacious and roomier than any of its products. Along with the seating arrangement we also get a bit of a glimpse of the boot. Although boot space doesn’t look big enough, once the third row is folded there will be plenty of space. 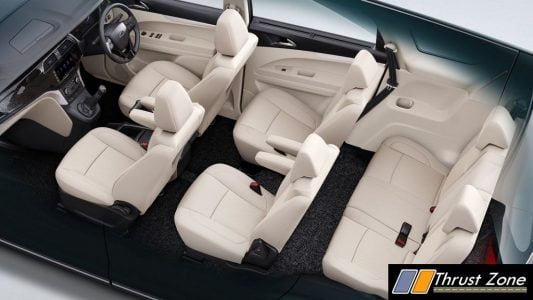 The dashboard gets a dual tone- black and beige colours along with faux aluminium inserts. It also holds the 7.0-inch touchscreen infotainment unit and it also boots of automatic climate control. In addition to this, the seats get leatherette upholstery and Mahindra has also equipped AC vents on all the three rows. In terms of safety, all variants will come equipped with front dual airbags, ABS with EBD and rear parking sensors as standard. 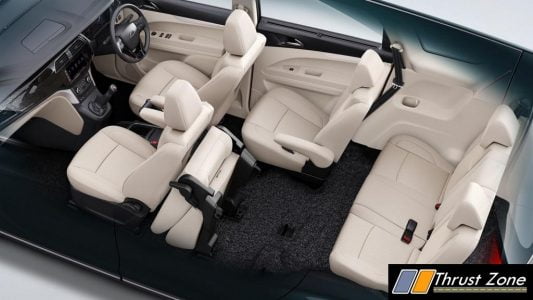 Powering the Mahindra Marazzo could be a new 1.5 litre Diesel engine which can generate 121 horsepower and 300Nm of twist. Initially, Mahindra will launch this MPV with a six speed manual transmission. 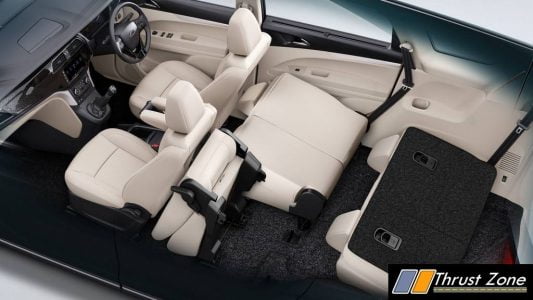 The Marazzo MPV is the first product from Mahindra which is co-developed with its North American Technical Centre and Mahindra’s Research Valley from Chennai. Mahindra has scheduled the launch of the Marazzo in the festive season and once launched in India this MPV will compete for head-on with the Maruti Suzuki Ertiga and the Toyota Innova Crysta.