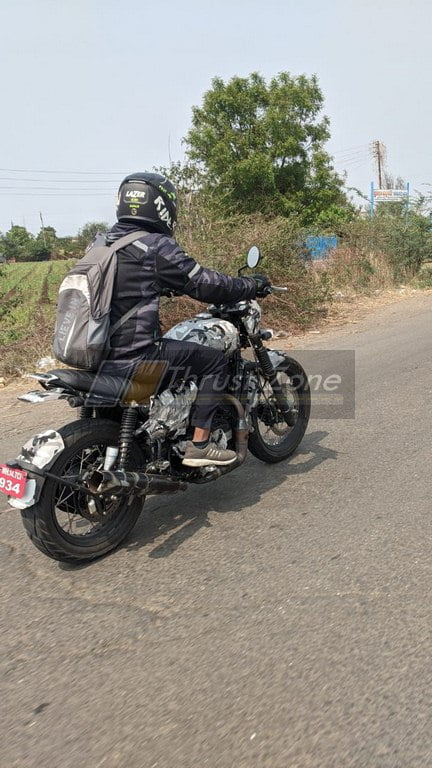 Classic Legends, owned by the Mahindra Group owns rights to the Jawa, Yezdi and the BSA brands. While the Jawa brand is on sale and the BSA brand is all set to go electric for the European markets, it’s now time to bring back the Yezdi brand to the world. At least that could be the case with this upcoming camouflaged prototype that was spotted testing. The test mule reveals a retro-styled scrambler motorcycle that could wear the Yezdi badge upon launch.

While the details aren’t confirmed yet, the scrambler motorcycle spotted on the Pune-Nashik highway. The reason why it seems to be a Yezdi or a Jawa motorcycle is the crankcase that looks identical to the ones on the older Yezdi RoadKing. The test mule though is anything but close to production but you do see the minimal body work, dual-purpose tyres, riding posture and the cantilevered tail section. The test bike also reveals a bunch of equipment including the LED taillight, semi-digital console, dual-channel ABS and twin exhausts.

The upcoming Yezdi/Jawa scrambler-style motorcycle could use a new derivative of the Mahindra Mojo’s 296cc engine. The motor already powers the Jawa bikes in the 293cc and 334cc displacement options producing between 27PS and 30PS, and we could see an identical set-up on the upcoming motorcycle as well.

The exhaust canister is still work in progress, but the configuration reminds us of the first iteration of Mojo. The new Yezdi motorcycle’s displacement should be around 300 cc. Power is estimated to be in the same ballpark as the Jawa siblings – around 27 to 30 hp. 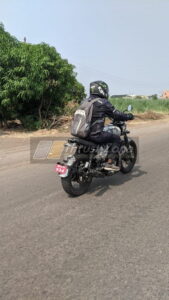 The Yezdi brand bring a sense of nostalgia for the Indian masses. The brand was extremely popular in the 1970-80s before the owners decided to pull the plug owing to rising competition from the Japanese two-strokes and subsequent drop in demand.

However, the modern-classic segment remains one of the most popular globally and right from Triumph to Ducati and Royal Enfield to Honda 2Wheelers India are operating in this segment at different price points. Jawa retails three motorcycles in this space – Forty Two, Classic and the Perak bobber. A scrambler will be the right addition to this family.