Jeep Compass Petrol Review tells you that the SUV with the number of qualities you always needed. Adequate.

After extensively testing the Jeep Compass for 4000 km (our personal vehicle), we finally bag our hands on the petrol version to tell you what the petrol SUV feels like and whether you should jump on the automatic bandwagon despite even considering fuel option as the market shifts towards automatics dramatically. Yes, we are talking about the Jeep Compass petrol which has the, on paper, a puny 1.4-litre engine. Little do you know that it is a turbocharged that makes 163 PS of power and 250 Nm of torque from its engine.

The engine hauls a massive 1562 kg of kerb weight in the interest of giving you a sense of security with its heavy doors and superb highway stability along with rugged build quality which is far ahead of its Japanese rivals. We had our hands on the automatic version of the petrol motor. Jeep calls it DDTC, which isn’t pesticide codename (Hoping Jeep India, has a sense of sarcasm and humour), but it stands for Dual Dry Clutch Transmission.

You guessed it, a dry clutch helps in better performance of the gearbox and makes sure it offered decently fast shifts up and down at slow speeds, and it does when compared to wet clutches. When you floor it on the BWSL (Bandra Worli Sea Link, Indian government doesn’t share a good sense of humor), you realize the motor has an old school intake and exhaust note and which kind of reminds of the Fiat engines that you have witnessed with the same capacity in the Linea and Abarth range of models. 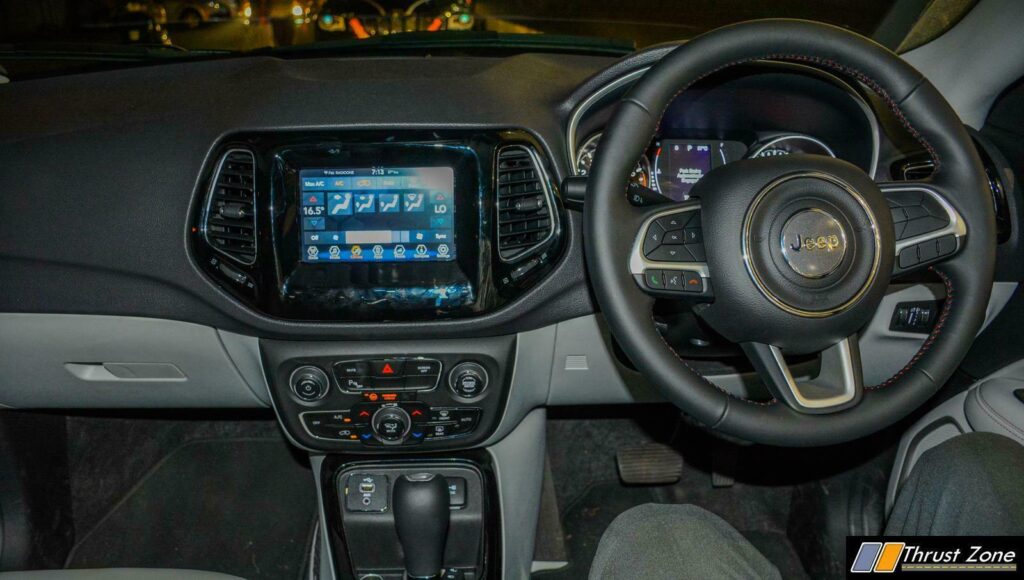 Similarities are the ‘thing’ in 21’st century and in the automotive industry. We know how VW group cars can be so similar to each other that it just feels like badge engineering. So here, is it engine-badge-engineering? Who knows! If Maserati and Ferrari can be accused to do so, why not believe Fiat and Jeep can do it. Bloodlines, we tell you, they are there, you cannot deny them, you either love it or shoot them, said someone in an Italian movie.

Coming back! At the same time, the engine isn’t that loud and sexy to woo the enthusiast with its symphony, but it sounds crude near redline and the rumble at low speeds will not be appreciated with the masses. A regular joe in our car wasn’t pleased with all with the soundtrack, so we can say, that is that. The motor isn’t free revving either and there is turbo lag below 3000 RPM. 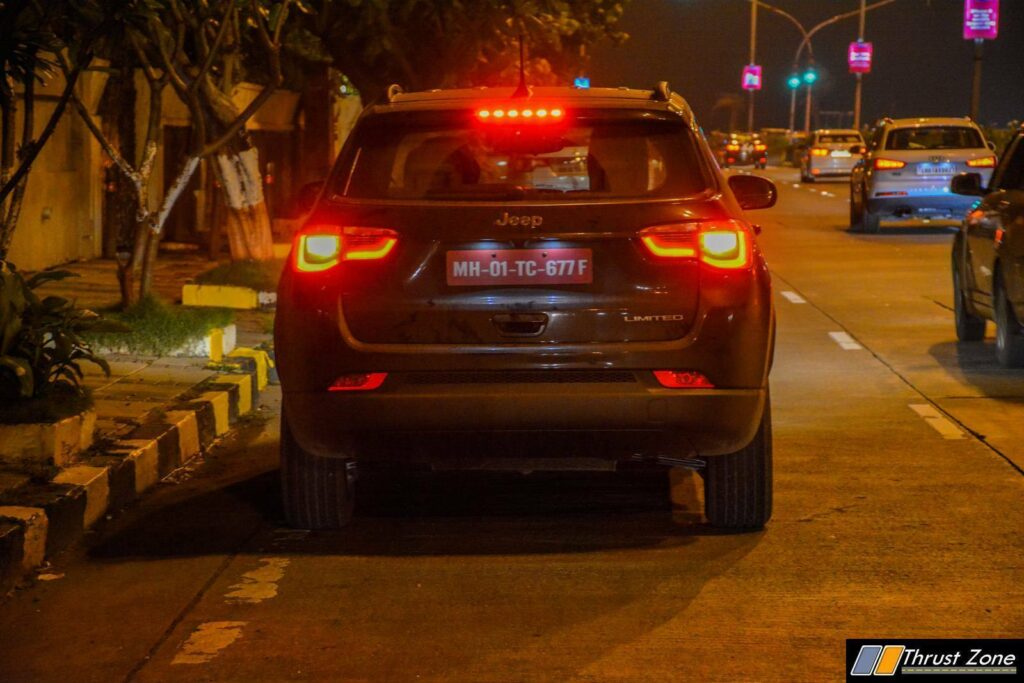 Post-2000 RPM it starts to wake up, but it is clearly just above 3000 RPM the motor wants to wake up you and itself up from the snoring (Not so pleasant noises explained above) that it has below that 3000 RPM range. Now you can also term the engine as a lumpy (power-band-ish) old-school engine which we are probably mentioning again and again in this review, apologies, but the engine is the heart and the FCA group makes cars which connect to the heart most, so we are speaking our hearts out. Yea, we can be bad at puns, sorry. Mileage, we had a short spin, but you should clearly expect single digit numbers. Highway numbers would be around 10-12 km/l so you know where the single digit number would stand.

The steering continues to have dummy buttons, the SUV has a slow and laggy infotainment system, the dials look very old school. However, the Android Auto and Apple Car Play act as a bribe which should make most prospective customers happy. Lack of sunroof means, your iPad (You gave him a Lenovo didn’t you?) loving kid will probably want you to get a crore rupee SUV, which is a ‘similar looking car that is standing in the same showroom’. Jeep being Jeep it has one quality which is over the top and that is ride quality, handling, and stability. 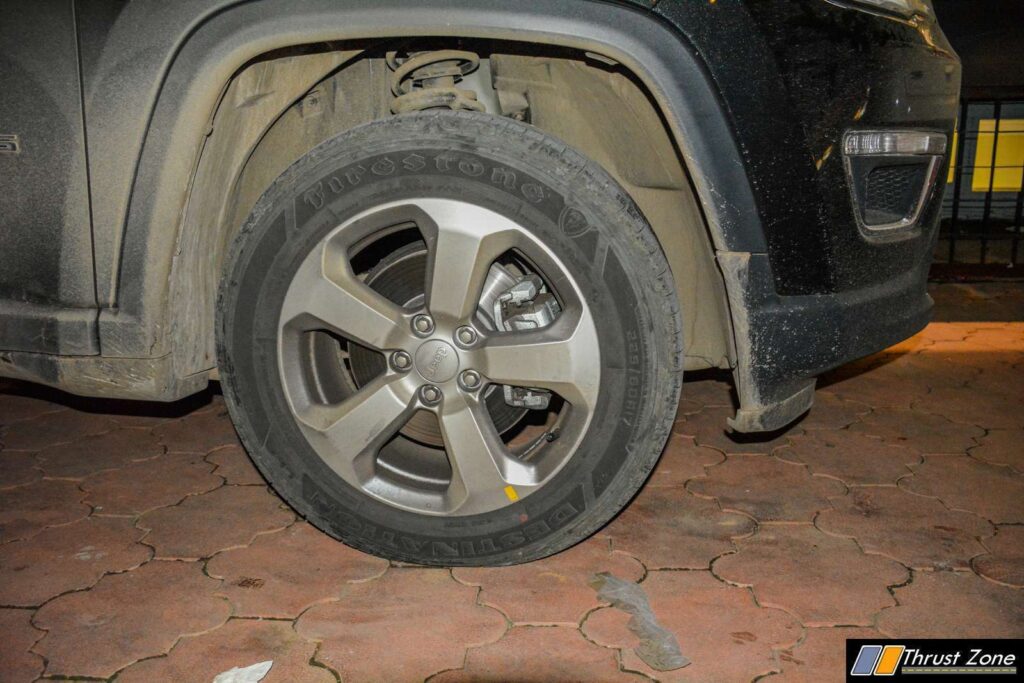 How does it look? Well, its a Jeep so it has the grille, which is so imposing that it will definitely invoke jealousy from your neighbour and friends. Ask Jeep’s old friends, they keep teasing it too by making silly directional jokes in the newspaper as they spend crores to do the same. The floating roofline around the C-Pillar makes it look very sophisticated “just like my Apple Watch” said, someone, while we were testing the car.

So, coming back to the question that we popped earlier in your mind. Should you just buy an SUV because you want one? Should you buy an automatic SUV, because you desperately need it? Be it petrol or diesel? Ya, maybe, why not, you cannot go wrong with it.

Only if you want to travel a minimum of 25 kms to see it and test ride it and even more if you want to service it whenever the time comes to do so. Mumbai city is the example here. Since most cities have one showroom, that time when the service day comes, you will curse yourself. Apart from that, the Jeep Compass is an SUV that has just about adequate qualities you need in an SUV to empty just about your adequate bank balance that you have.